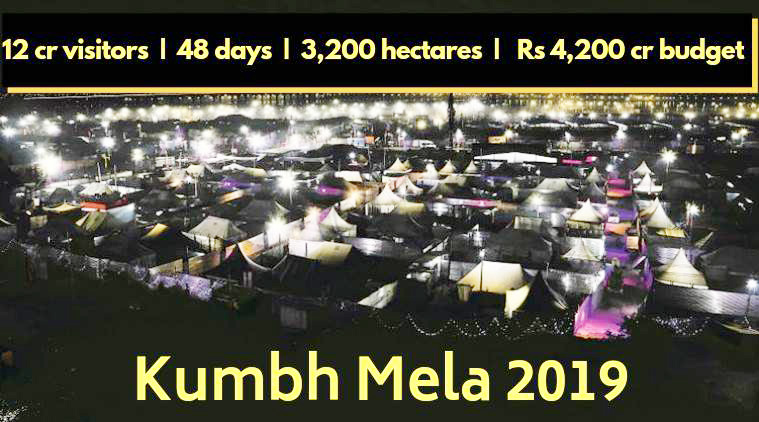 EXTRAVAGANZA: One of the tent cities at the Kumbh Mela. There are 1200 such tents besides 5,000 camps across Kumbh. (Photo by Abhinav Saha)

Ironically it is the Harijans and Dalits, the lowest classes in Hindutuva society who do the dirty work of cleaning up after holy sadhus and the mostly well-off, upper caste visitors who throng the Kumbh Mela camps to prevent the camps turning into a filthy mess