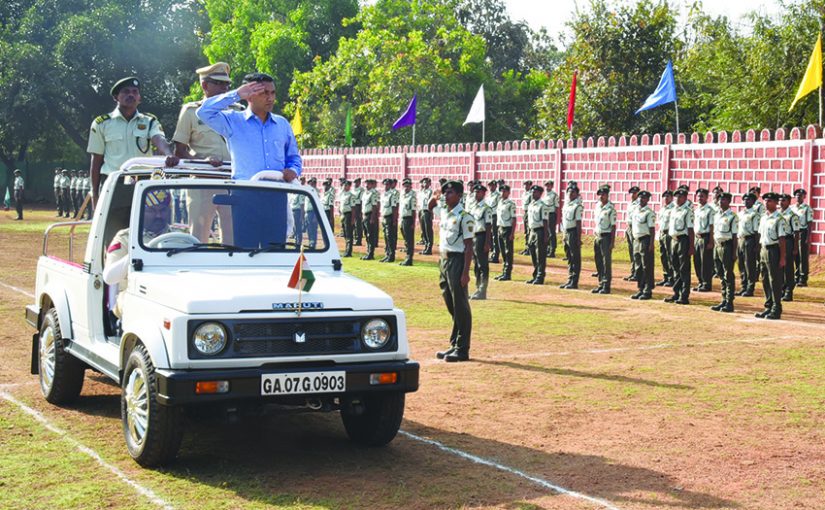 CAMPGROUNDS – NEED OF THE HOUR?

That we have to go after high paying, up-market tourists is a common opinion among a lot of our MLAs, and our tourism sector and stakeholders, too, are gung-ho!
Tell me, however, what are we going to do with low paying tourists who visit Goa all through the year, the kind which arrive by bus or car from our neighbouring states; and, although they own a car find the hotel rates and guest houses much too expensive for their pockets or taste.
India is one physical and political entity, and even if these tourists are not popular with most people in the state they are Indian citizens and have a right to travel anywhere in India. The Tourism Minister cannot dig his head and bury it deep in the sands of our beaches; he is in charge, and he has to come up with a solution. It is his job and responsibility.
The recent no drinking and cooking in public places rules intended to prevent tourists is good news for people who live in Goa. Hefty fines are sometimes a good way to get a point across! But where do the tourists sleep? Beggars in Goa, and elsewhere all over India, sleep in public places – this is our culture – and sometimes they get beaten up or run over by a car.
And so it is realistic to expect tourists to think they too have a right to sleep anywhere if they cannot find affordable accommodation. Maybe, they even think it is a fundamental right to sleep in public under the stars even though they have a choice unlike beggars. As this is our culture, and this is our country, we need to discuss this issue and find solutions to our problems; no need to talk of the situation in foreign countries. We have some problems in India which are quintessentially Indian, and in need of Indian solutions.
Maybe it is time for campgrounds where people who travel by buses and other vehicles can park and sleep on the cheap. An example of eco-friendly tourism? We have to do it since we cannot turn away penny-pinching Indian tourists from neighbouring states without causing an unnecessary and unwelcome mini-revolution.
If we don’t, more and more foreign tourists will leave Goa for other places in India which are as culturally interesting and equally clean or dirty (Goa isn’t the only interesting place) and our tourism coffers will become even more empty than they are now. Only casinos and EDMs — desperate measures? — can bring back to life the flow of money into the state’s full-of-air coffers. Do we want this sort of monetary transfusion every year? While prostitution and illegal drugs make a lot of money, as neither is legal, there is no benefit to tax revenue. Goa is now dancing on the edge of disaster and may fall into a deep hole which might not be a wonderland.
— Joao Barros-Pereira, Goa

D’Souza BETRAYED
While Former Minister and Mapusa MLA Francis D’Souza is very critically ill at the Heathway Hospital in Old Goa, let us keep him in our thoughts and prayers.
Over the years a thorough gentleman that he has been Francis D’Souza has been blatantly humiliated by the saffron brigade and consistently politically undermined, despite his unflinching loyalty to the Party.
On 24th September last year Manohar Parrikar back stabbed and axed a very loyal Francis D’Souza from the cabinet despite his two decade long unflinching support to the party. Manohar Parrikar did not show even that minimum courtesy of informing Francis about his ouster. It is an irony that a much more ailing Chief Minister dropped his Minister on health grounds.
Today what we are sadly witnessing in Goa is no longer Politics but very cheap nauseating Politriks and nobody can beat Manohar Parrikar, the now Maestro in this monkey business. Like the dog’s tail he will never straighten even now while he is in a very precarious state of health!
— Aires Rodrigues, Ribandar

BEWARE DELHI!
The debate on whether traffic sentinels are needed refuses to settle. In all issues in India, corruption is always the key player. Yet, we poor innocent people forget this when dealing with any issue.
Tell me, cannot the RTO implement the rule of tickets in buses in Goa? Does it need a ‘Ticket Sentinel’ for this? Is not the exchequer losing income from taxes?
What about meters for taxis? Taxis need to ‘pay out commissions’ to corrupt officials who in turn allow them to not use meters.
We have to agree, if the police cannot see that tickets are issued in buses, then what more can we expect from them regarding their other jobs? World over, their counterparts have no problem, except here?
60L from no helmets fines in hardly 6 months is a huge income. Note, the Police even wanted to start giving prizes of cars and bikes to sentinels! Is it the prerogative of the DGP, to decide on how to ‘award’ this revenue to anyone?
So sentinels have reduced fatalities, it is said. Very good. The drop in tourist footfalls has reduced the drug trade: so why not stop tourism altogether to wipe out local drug addiction?
No, sorry: everyone needs to pull up his socks: there are no short cuts. And when the short cuts come with a ‘revenue’ to do as you want, we need to be extra cautious. Nothing is as it appears is what is seen in Goa.
— R Fernandes, Margao

MORAL POLICING?
I strongly believe that the government should immediately scrap the traffic sentinel scheme completely because many people with vested interest are already seen misusing the scheme to settle personal scores against their own enemies by unnecessarily taking photos selectively and sending them to the traffic police cell to issue challans just for the sake of making money/enjoying rewards.
In fact, this traffic sentinel exercise is slowly turning out into a moral policing type of exercise, promoting violence as road-side crooks illegally blackmail others in the name of traffic violations and for doing so are also rewarded with cash. Today, our incompetent cops from the traffic cell have given a free hand to click photos of traffic violators everywhere, who knows tomorrow these same cops might give guns to anyone in the name of maintaining law and order. The list might go on and that will be really dangerous for Goa.
I personally feel that the transport department should make wearing of helmets compulsory only on national high-ways but should relax the same rule not just in cities but also in all other rural/village roads of Goa because carrying a helmet is practically not just like an additional burden but a big curse especially whilst going for mass, weddings, family parties, shopping, marketing etc.
If the DGP Muktesh Chander is so hell-bent on promoting such moral policing type of traffic sentinel exercises then instead of arrogantly telling Goans who refuse to wear helmets on city/village roads to donate organs, get life insurance, etc, he should immediately discard his own official luxury four wheeler vehicle and start moving on a two wheeler everywhere wearing a helmet to really see the quality/condition of roads and to practically study the root cause of all major road accidents in Goa.
— Jerry Fernandes, Saligao