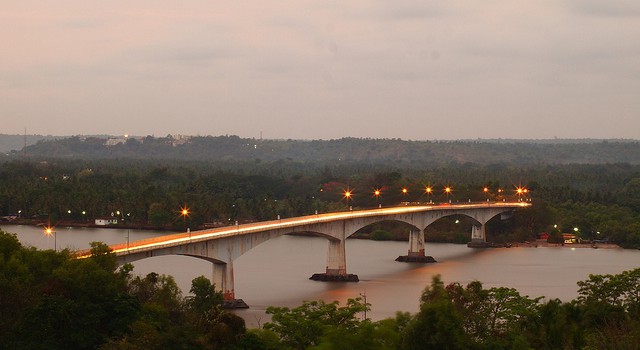 BRIDGES: The contrast between the Central budget and the State budget is that while the Centre builds walls between communities like Donald Trump, the Goa CM builds bridges for the khaas aadmi

Despite not imposing any taxes and the steep fall in revenue due to suspension of mining and decline in tourism, any unskilled labor can get a minimum wage of 500 per day in Goa. The Modi government cannot assure the aam aadmi whom they promised achhe din, even100 per day. The Income Tax rebate for income less than `5 lakhs a year takes effect from the coming financial year and is not applicable to the financial year 2018-2019. No additional tax benefits this year…