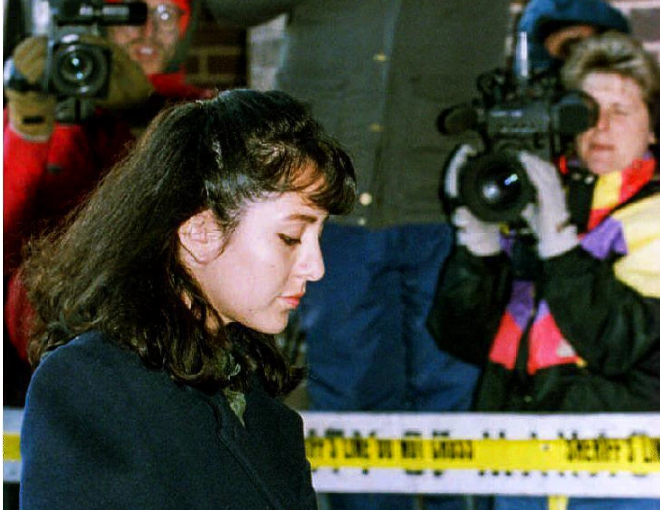 PROVOCATION: Lorena, a manicurist, carried a scant 95 pounds (about 43 kgs) on a 5 ft 2 inches frame at the time her husband John, a former Marine, claimed she had assaulted him

25 years after she first shot into the limelight for cutting off her husband’s penis, Lorena Bobbitt in back in the news as she finally shares her side of the story. A simple, modest woman who turned down $1 million dollars to pose for Playboy because she “wasn’t raised that way”, Lorena is the subject of a four-part Jordan Peele-produced documentary that will be released on February 15