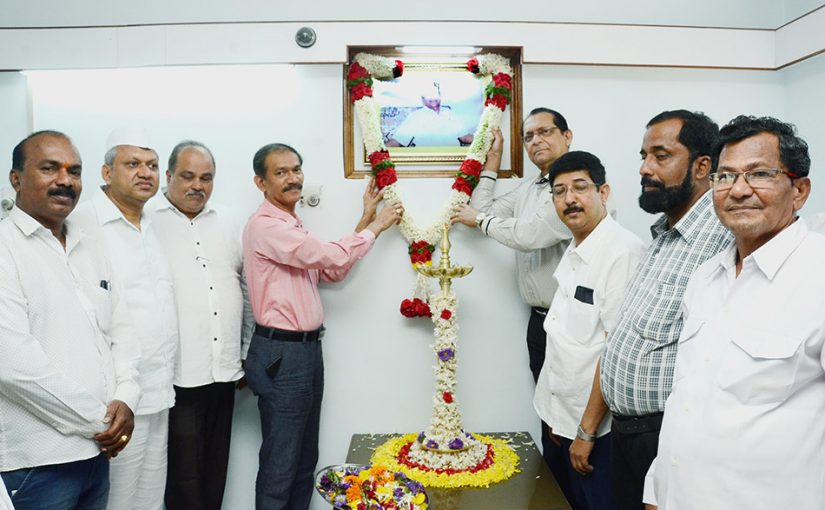 The late Shantaram Kadam was far ahead of his times. He took the Goa Congress Seva Dal to great heights in his 17-year stint as chief

The Goa unit of the Congress Seva Dal paid rich and glowing tributes to their former Goa Seva Dal chief Shantaram Kadam at a function organised at his office at Fatorda in South Goa on February 28, 2019.
Goa Seva Dal chief Shankar Kirlaparkar welcomed the gathering and explained to them the reasons for the days’ program. He also lauded the role of ex-chief the late Shantaram Kadam for his distinguished services to mankind and especially to Seva Dal.
Speaking on the occasion, GPCC President Girish Chodankar said Kadam was a trailblazer who was far ahead of his times. He fought fervently for justice for the oppressed and downtrodden and took the Congress Seva Dal to great heights during his tenure as Seva Dal President.
Kadam was the chief of the Goa unit of the Seva Dal for over 17 years and rendered yeoman service to the organisation, building it up from the grassroots. Today the Congress Seva Dal boasts of hundreds of members in Goa, most of them who have been with the unit for over 10 years.
Present at the function were Goa Pradesh Congress Committee President Girish Chodankar, former CM and MP and Seva Dal chief Francisco Sardinha, Congress South District President Joseph Dias, Goa Seva Dal Chief Shankar Kirlaparkar, additional chief of South Goa Khushali Namshikar, Margao Municipal Councillor Avinash Shirodkar, All Goa Seva Dal state organiser Rajesh Kadam, Goa Seva Dal State Media co-ordinator Flynn Remedios, Mahila chief Antonette Dias and many others.
Speaking on the occasion former CM and MP Francisco Sardinha remembered the contribution of the late Shantaram Kadam and his forever helpful attitude. State Seva Dal chief Shankar Kirlaparkar explained that the late Shantaram Kadam was the longest serving Seva Dal chief whose tenure was marked with very active participation by the frontal organisation. “He was by nature very peaceful and took everyone along with him, ensuring that all people participated in the program,” Kirlaparkar said.
GPCC chief Girish Chodankar praised the activities of the Seva Dal over the years and its contribution to the Congress party in terms of services rendered during events, programs and even during natural calamities. Chodankar urged the Seva Dal members to take on more responsibilities and activities in the party fold.
South District President Joseph Dias conveyed his sincere thanks and best wishes to the Seva Dal unit, encouraging the team to get more involved in the direct activities of the party.