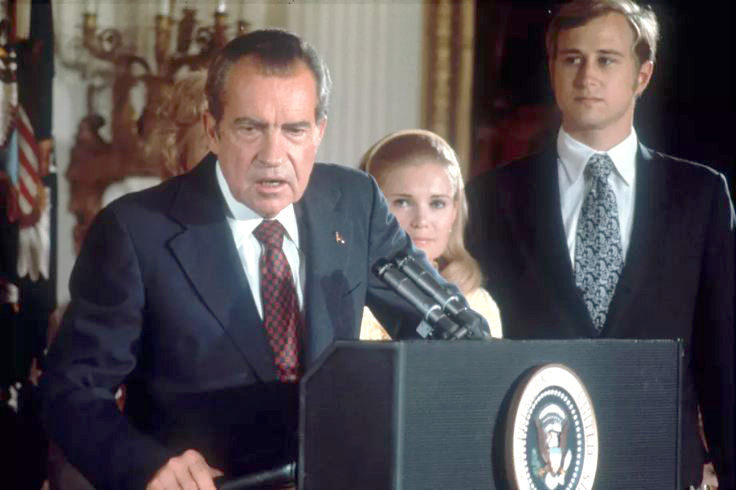 PRECEDENT: The earliest precedent for the mighty tumbling down due to the efforts of investigative journalists is the resignation of US President Richard Nixon following exposure of the Watergate scam by Bob Woodward and Carl Bernstein at The Washington Post

The Modi government has threatened to arrest N Ram, the managing director of The Hindu, a leading newspaper from Chennai, for publishing what the government claims to be confidential papers stolen from the Defence Minister. If the US had done this to Bob Woodward, Richard Nixon would not have resigned and the same Hindu would have not been allowed to expose the Bofors gun scam!