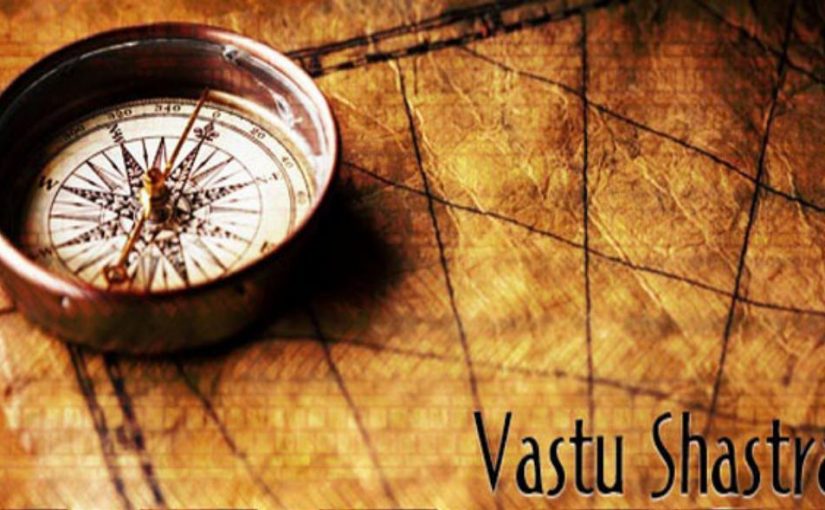 As part his continuing series of articles, this week Dr ALEX HANKEY, professor at S-VYASA university in Bangalore, takes a scientific approach to Vastu — the Vedic System of Architecture and Environment

The last two articles have concerned the ancient Vedic science of Jyotisha astrology, and the experiments that have been carried out establishing that it influences processes in single cells; in other words, the Navagrahas affect biological organisms, starting with single cells! Earlier articles treated aspects of another Vedic science, Ayurveda, the ancient system of medicine. The articles showed how the system deeply understands the organisation of biological processes at all levels of organism function, and how they are controlled. Ayurveda can thus accurately assess what has gone wrong when regulation is compromised, and the organism moves down the path to becoming ill. Such processes are technically known as pathogenesis.
This article discusses a scientific approach to the Vedic science of architecture, encompassing the orientation, shape, structure and dimensions of a building and recommended relationships to its local environment, Vastu. I learned a certain amount about Vastu from my Guru, His Holiness Maharishi Mahesh Yogi, and more from my amazing Jyotisha astrology PhD graduate, Dr Rameshrao Narayan, who also has considerable knowledge and experience in Vastu Vidya and its relationship to Jyotisha.
The Vedic science of Vāstu is deeply related to the science of Jyotisha for the simple reason that the directions within a house carry different sukshma, subtle, vibrational qualities related to each of the Navagrahas. As subtle powers worthy of respect, the Navagrahas are often placed in a Navagraha Yantra in any large temple, so visitors can perform Pradakshina and propitiate them as necessary according to the principle of Heyam Dukham Anagatam, ‘Avoid future suffering’. The standard orientation of the Navagraha Yantra is depicted in the figure at the bottom of the page.
The validity of these kinds of Sukshma, ‘vibrational’, qualities can be tested by certain kinds of observation, exemplified by the following story. One day, I arranged to visit a friend who is a well-known spiritual Master living in Koramangala in south-east Bangalore. As Rameshrao was with me at the time, I took him with me. As we entered the house, I introduced Rameshrao to our host, SK Ramesh. He immediately remarked, “I see that the power of your Healing is supported by, and comes from the Divine Mother.” “Yes, that is true,” replied SK Ramesh, “But how do you know?” “The entrance to your house to the North-West,” stated Rameshrao, “and that is the direction from which Chandra-Ma, the representative of the Divine Mother among the Grahas, can endow the household and its occupants with her Shakti, including your own personal power to heal.”
All Hindu temples are built in accordance with Vastu Vidya, since this not only strengthens their spiritual qualities, but also affords them protection from negative energies in their environment. Indeed, the powers concerned are often show on the corners of the temple roof as fanged figures baring their teeth to frighten away entities that might cause harm. Verification of this can be obtained by those able to operate on subtle level, as an incident that happened to one of my friends makes clear.
Douglas Greenfield is an architect in the United States and a devotee of Maharishi Mahesh Yogi. When Maharishi introduced Sthapatya Veda (another name for Vastu) to his organisation in the late 1980’s, he suggested that architects try it for themselves. Doug thus became the first person in US to build a house in accordance with the principles of Maharishi Vastu. After completion, he was amazed to find that doing business in his new house seemed more profitable than in his previous one — visiting colleagues would easily agree to deals that he would have expected to have negotiated on long and hard. His business became much more prosperous.
One day a new business man came to discuss a project and they conducted their first meeting. After some time, he turned to Doug and stated, “You know, this is the most extraordinary house that I have ever been in.” Greenfield acted innocent, “Why is that?”, he asked. “Tell me.” “Well,” replied his colleague, “I must tell you that I am psychic”, i.e. he was able to perceive phenomena on one or more subtle, Sukshma, levels of reality. “There,” he said, pointing to the centre of the ground floor room that they were sitting in, where the Brahmasthana was located, “there is a fountain of golden light, energising the whole property, providing health and other benefits to all the occupants; and in the four corners, there are whirlpools of energy sucking all negative energies approaching the property out of the environment.” In other words, the entire structure of subtle energies generated by correct Vastu was open to his vision, and he could directly verify important things that Sthapatya Veda has to say about Vastu. Doubtless he could have commented in more detail had he been given the opportunity.

Both the US and the UK now contain communities built by Maharishi’s organisation where not only are the individual houses (and other buildings), but the entire development is laid out according to the principles of Vastu Vidya. Each house is afforded double levels of protection and energisation, that of the overall development, and that of each building (home or office). My own residence in the UK is within the Maharishi Peace Palace, the community centre that is part of a development called Maharishi Garden Village to the north-east of London.
Vastu is thus a science of architecture, building construction and planning layout within the wider environment. For humans, our principle environments are homes or places of work, and cities in which we dwell. Sthapatya Veda lays out the ways to optimise these for each person using the building. Vāstu concerns the ideal siting of a home or work place within its land and wider environment; the building’s internal layout, and specific uses of its various rooms or other parts. Its texts state how to prepare the land, organize the how according to the owner’s physiology and Janma Kundali. Vāstu-Vidya also explains the subtle influences exerted by such factors on the lives of those who live and/or work in them, e.g. influences on their health and longevity. Dr Rameshrao can also predict which diseases may arise from being in inappropriate Vāstu. Its principles apply to towns and cities, roads and gardens, temples and other institutions like businesses, hospitals, schools, and shops, even to water works!
Vāstu can be understood as an application of Jyotisha in objective language to diagrams. It reveals qualities of energy in enclosed spaces or cavities: i.e. how energies in different directions or orientations in the interior and exterior of a cavity have different qualities of subtle energy, which it labels with one or other of the Navagrahas. Its designs integrate architecture with nature, using symbolic yantra patterns to determine functions of various regions of an overall structure according to geographic directions.