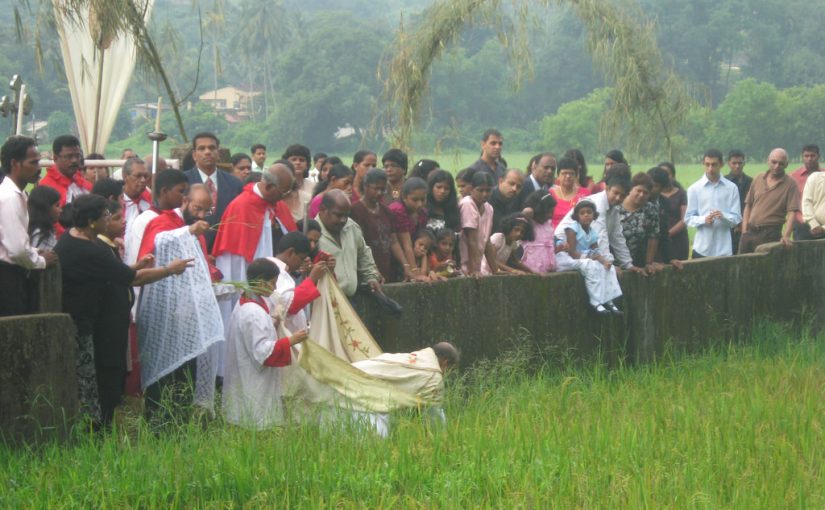 DESTROYER: The destroyer returns with the proposal to acquire parts of the paddy fields in which the harvest festival or Konnsanchem Fest of Taleigao has traditionally been held

APPEAL UNDER SECTION 38 OF THE GOA TOWN & COUNTRY PLANNING ACT, 1974

GROUNDS
A. The Appellant is constrained to believe that the Respondent is actually planning to destroy agriculture in the village only to help the real estate industry by earmarking roads through paddy fields and agricultural areas thus opening up these areas for development.
B. The respondent has not even considered the appellant’s objections to the draft ODP by holding a site inspection and /or applying its mind to the need for the proposed roads passing through the paddy fields as indicated in the ODP. These roads were not there in the earlier ODP applicable to this Planning area, there is no public benefit that will accrue by constructing these proposed roads.
C. The respondent whilst preparing the ODP has not kept in mind relevant and important issues such as demarcation of areas for agriculture, preservation of ecologically sensitive areas, planned development, conservation of land for purpose of agriculture etc as mandated by the provisions of sections 10, 11, 30, 32 of the Town and Country Planning Act.
D. The respondent has not carried out a proper survey of the village so as to ascertain and demarcate areas reserved for agricultural purposes, settlement, recreation etc; the need for roads and other infrastructure and the present capacity of Taleigao Village to sustain an increase in development. Taleigao used to be largely an agrarian village which has been destroyed by unplanned and illegal development.
E. The manner in which the ODP has been prepared affects the purpose of planning and is not in the interests of Taleigao Village and the ODP has been finalized without application of mind and in breach of the provisions of the Goa Town and Country Planning Act and the regulations framed there under.
F. The proposed road shown through the appellant filed will adversely affect the appellant fields as it will affect the irrigation and flow of ground water through the fields once the roads are constructed.