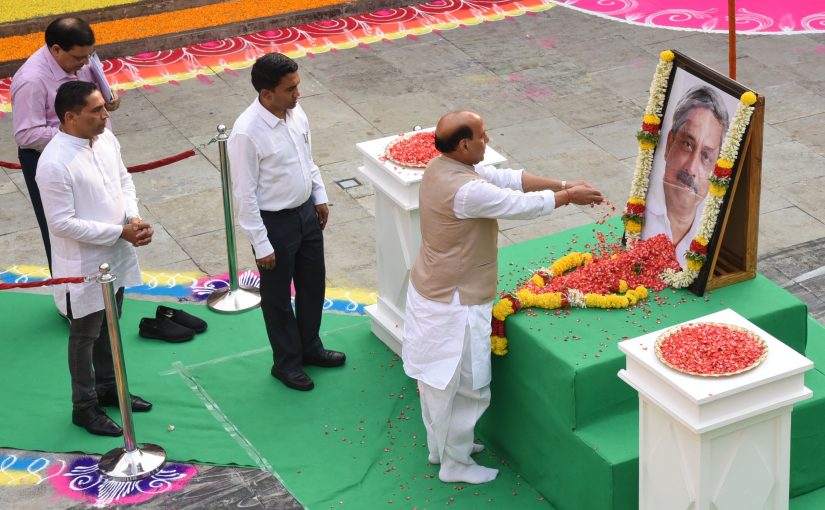 Union Home Minister, Shri Rajnath Singh along with Governor of Goa Mridula Sinha, Chief Minister, Dr Pramod Sawant, Deputy Chief Minister Vijay Sardesai and others paid rich tributes to former Chief Minister, the late Manohar Parrikar during the condolence meet organised at Kala Academy, Campal on Thursday, March 28, 2019.
The condolence meet paid tribute to Parrikar as a ‘karmayodha’ (a man of action).
Singh who said he was feeling guilty for not attending the last rites of Parrikar spoke of Parrikar’s ‘simplicity’, ‘personality’ and ‘ideology’ being an inspiration for youths.
During his half an hour long speech Union Minister Singh narrated several anecdotes about Parrikar. He recalled how when Prime Minister Modi was looking for a defence minister with a clean political career, who was a fighter and decisive, he was not satisfied with any names suggested until he thought of Parrikar.