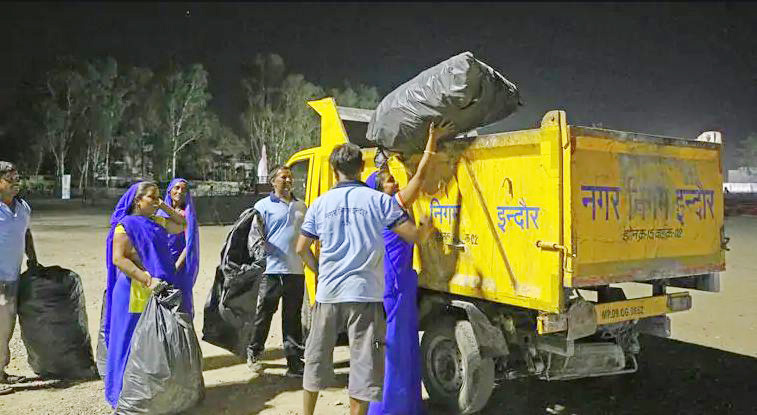 GARBAGE: Election season in India has an unseen cost. Safai karamcharis dispose of hundreds of kgs of litter after every rally — 100 kg on average

This is one hidden calculation of this election. What happens at a poll meeting after the leader has spoken, the cameras turned off, the visitors cleared out? Party workers, safai jaramcharis, volunteers and laborers are at work hours later, at the end of one such rally in Indore, ”India’s Cleanest city”…