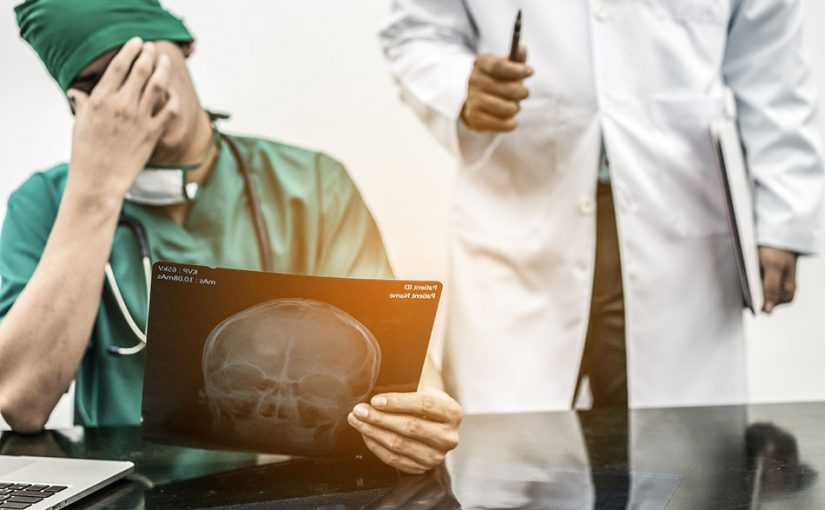 PROTECTED: While the courts have put into place certain protections for doctors, it is up to them to use these with care and responsibility rather than hiding behind them

Criminal liability will arise only if the doctor did something in disregard of the life and safety of the patients.

THE Supreme Court recently stated in Dr Jacob Mathew’s case (2005 SCCL.COM 456. Criminal Appeal No. 144-145 of 2004 decided by the Supreme Court on August 5, 2005.) that in order to make a doctor criminally responsible for the death of a patient, it must be established that there was negligence or incompetence on the doctor’s part which went beyond a mere question of compensation on the basis of civil liability. Criminal liability would arise only if the doctor did something in disregard of the life and safety of the patient. Certain directions have also been given in the case.
Negligence, in simple terms, is the failure to take due care and caution. It is a breach of a duty caused by the omission to do something which a reasonable person — guided by those considerations which ordinarily regulate the conduct of human affairs — should have done. It may also be doing something, which a prudent and reasonable person would not have done.
The essential components of negligence are: ‘duty’, ‘breach’ and ‘resulting damage’. These definitions are rather relative and can change with the circumstances. When trying to drag a person away from the clutches of an attacking animal, one cannot ask whether this would cause damage to the person’s limbs. Doctors can also be faced with similar contingencies. On finding an accident victim in a dangerous condition, a doctor may have to attempt a crude form of emergency surgery to try and save the person’s life. No negligence is involved in such cases.
Under the civil law, victims of negligence can get relief in the form of compensation from a civil court or the consumer forum. Here, the applicant only needs to prove that an act took place that was wanting in due care and caution, and the victim consequently suffered damage. There is a difference between civil and criminal negligence. However, in certain circumstances, the same negligent act may also be seen as criminal if it constitutes an offence under any law of the land.
Criminal negligence
According to Section 304A of the Indian Penal Code, causing death by doing a rash and negligent act attracts imprisonment for up to two years, or a fine, or both. The burden to collect evidence of criminal liability is upon the complainant. The accused person will be presumed innocent until proof beyond reasonable doubt is adduced by the prosecution; a mere preponderance of probabilities would satisfy the civil court. For these reasons, an act that is seen as negligent in a civil court need not necessarily be culpable negligence in the criminal court.
The main question in the above case was whether different standards could be applied to professionals (doctors) alone, placing them on a higher pedestal for finding criminal liability for their acts or omissions. The Court noted that as citizens become increasingly conscious of their rights, they are filing more cases against doctors in the civil courts, as also under the Consumer Protection Act, 1986, alleging ‘deficiency in service’. Furthermore, doctors are being prosecuted under Section 304A of the IPC (causing death of any person by doing any rash or negligent act which does not amount to culpable homicide) which is punishable with imprisonment for a term which may extend to two years. They are also being prosecuted under Section 336 (rash or negligent act endangering human life), Section 337 (causing hurt to any person by doing any rash or negligent act as would endanger human life) or Section 338 of the IPC (causing grievous hurt to any person by doing any rash or negligent act so as to endanger human life).
The Court observed that allegations of rashness or negligence are often raised against doctors by persons without adequate medical knowledge, to extract unjust compensation. This results in serious embarrassment and harassment to doctors who are forced to seek bail to escape arrest. If bail is not granted, they will have to suffer incarceration. They may be exonerated of the charges at the end; but in the meantime they would have suffered a loss of reputation; often irreversible. The tendency to initiate such cases has therefore to be curbed.
Since the medical profession renders a noble service, it must be shielded from frivolous or unjust prosecutions. With this perspective in mind the Court went into the question as to what is actionable negligence in the case of professionals. The law now laid down is as follows: