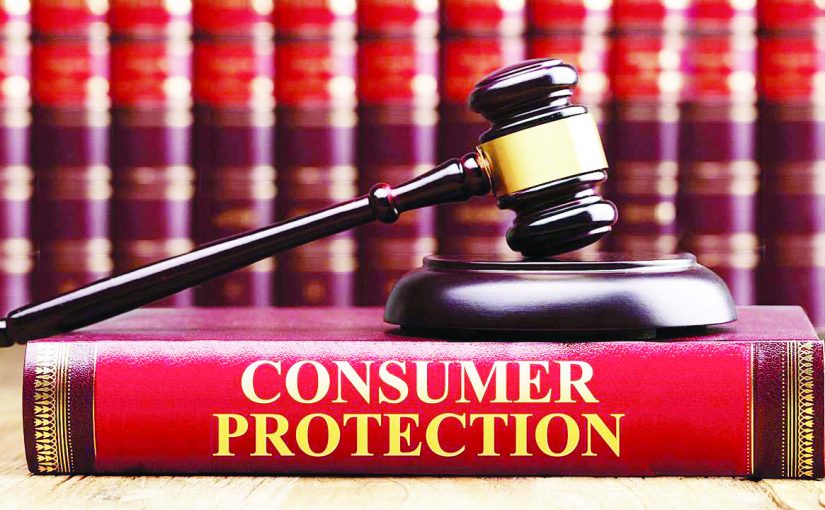 CONSUMER COURT: The best option for victims of medical negligence is the consumer court. You cannot expect justice from the Goa Medical Association as doctors protect each other

There are several laws which patients can invoke to protect themselves against greedy and unethical doctors. Consumer courts have been very sympathetic to patients/victims. HITANSH SHARMA answers some frequently asked questions based on Supreme Court decisions…

With medical litigation on the rise in the country, the subject of medical negligence has assumed tremendous importance.
Q. What is negligence and when can a professional be held liable for negligence?
It is a breach of duty caused by omission to do something which a prudent and reasonable man would do, or doing something which a prudent and reasonable man would not do. The essential components of negligence are three: ‘duty’, ‘breach’ and ‘resulting damage’. As observed by the Supreme Court in the case of Jacob Mathew vs. State of Punjab and Anr. (2005), professionals like lawyers, doctors, architects and others may be held liable for negligence on one of two findings: either he was not possessed of the requisite skill which he professed to have possessed, or, he did not exercise, with reasonable competence in the given case, the skill which he did possess.

Q. What is the law on medical negligence in India?
In India, one can normally sue a doctor and hospital/nursing home vicariously for negligence under law of torts, law of contracts, criminal law, consumer protection law and constitutional law. Aggrieved parties can also approach the Ethics Committee of the Medical Council of India or the state medical councils against the professional misconduct of a doctor.
Q. Is a patient a ‘consumer’, does a doctor render ‘service’ under consumer protection law?
In the case of Indian Medical Association vs. V.P. Shantha and Ors. (1995), the Supreme Court has held that service rendered to a patient by a medical practitioner (except where the services are rendered free of charge to a patient), by way of consultation, diagnosis and treatment, both medicinal and surgical, fall under the ambit of the Consumer Protection Act, 1986 and doctors can be sued for deficiency in service.

Q. What is the standard of care expected from a doctor?
The Supreme Court in the case of Dr Laxman Balkrishna Joshi Vs. Dr Trimbak Bapu Godbole and Anr. (1968) held that a doctor has a duty of care in deciding whether to undertake a particular case, a duty of care in deciding what treatment to give and a duty of care in the administration of that treatment. A breach of any of those duties gives a right of action for negligence to the patient. A doctor is expected to exercise a reasonable degree of care, neither the very highest nor a very low degree of care and competence judged in the light of the particular circumstances of each case is what the law requires.

Q. What about the burden of proof and is the opinion of an expert important in such cases?
The Supreme Court observed in the case of Nizam Institute of Medical Sciences vs. Prasanth S. Dhananka and Ors. (2009) that in a case involving medical negligence, once the initial burden has been discharged by the complainant by making out a case of negligence on the part of the hospital or the doctor concerned, the onus then shifts on to the hospital or to the attending doctors and it is for them to satisfy the court that there was no lack of care or diligence. On expert opinion, the Supreme Court in the case of Malay Kumar Ganguly vs. Sukumar Mukherjee and Ors. (2009) noted that the opinion must be based on a person having special skill or knowledge in medical science. Whether such evidence could be admitted or how much weight should be given to it, lies within the domain of the court.

Q. What does not constitute medical negligence?
From the decisions of the Supreme Court in Jacob Mathew case, Malay Kumar Ganguly case and in Kusum Sharma and Ors. vs. Batra Hospital and Medical Research Centre and Ors. (2010), we can draw the following conclusions:

Q. What precautions should a doctor / hospital / nursing home take?
The Supreme Court in the case of Martin F. D’Souza vs. Mohd. Ishfaq (2009) and Malay Kumar Ganguly case listed down the following precautions:

Q. What view has been taken by the Supreme Court in recent cases on this subject?
Case 1: The Supreme Court refused to grant compensation as there was no evidence to show any unexplained deviation from standard treatment protocol: In the case of Vinod Jain vs. Santokba Durlabhji Memorial Hospital and Anr (decided on February 25, 2019), Mrs Sudha Jain was suffering from oesophageal cancer and was admitted to the hospital for the case of chills and fever and re-insertion of nasal feed tube which was dislodged. After the necessary treatment, the patient was discharged from the hospital. However, after a few days, she went into a coma and passed away. It was argued by Mr Jain that his wife was discharged prematurely despite her serious condition and an antibiotic was given orally which required intravenous administration. The Supreme Court found that the oral administration of antibiotics and the discharge was justified by the doctor considering her condition at the time and hence, no compensation was awarded.
Case 2: Supreme Court enhanced compensation in the case of medical negligence which reduced a child to vegetative state: In the case of Shilaben Ashwinkumar Rana vs. Bhavin K. Shah and Anr (decided on February 4, 2019), after a surgical procedure, a child of about 2.5 years of age suffered physical and mental abnormality leading to the vegetative state. The mother of the child approached the Supreme Court for adequate compensation to meet expenses to ensure qualified nursing care of her child in a vegetative state. The Supreme Court observed it was a case of medical negligence as necessary precautions were not taken by the doctors knowing the post-surgery complication that was usual in the case at hand. Total compensation of 17 lakhs granted, taking note of the tragic state of a family with a disabled child. Case 3: Supreme Court holds that law should take a patient-centric approach and limited compensation cannot be granted just because the deceased was a housewife: In the case of Arun Kumar Manglik vs. Chirayu Health and Medicare Private Limited and Anr (decided on January 9, 2019), Mrs Madhu Manglik was admitted to the hospital for the treatment of dengue. However, on the same day of admission, she died due to cardiac arrest. It was argued by the husband of the deceased that standard treatment which is given to the patients of dengue was not given in this case. The Supreme Court held that timely treatment was not given to the patient and the standard of reasonable care expected of doctors at the hospital was not met. It was observed that the contribution made by a homemaker to a family has an economic equivalent. Compensation of15 lakh with interest was directed to be paid by the hospital to the aggrieved.