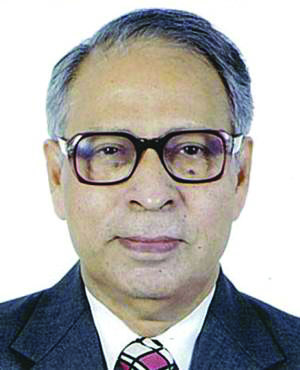 Arvind Bhatikar who celebrated his 50th wedding anniversary and his 80th birthday on Friday, June 28, is among the first residents of Goa who successfully passed his IAS exam.
Since Goa was still in a developing stage Arvind Bhatikar opted for the Tamil Nadu cadre were reserved for more than 25 years. IAS officers are allowed to choose a place of their choice for their last posting. Arvind Bhatikar opted to be the chairman of the MPT in Goa for ten years. Arvind was a contemporary of former Chief Election commissioner Krishna Swami and Chief vigilance officer N Vital.
Bhatikar has a severe retinal problem which got worse with age. But for his problem with his eye sight, Arvind Bhatikar would have been the preferred choice for the post of cabinet secretary under PM Manmohan Singh.
When Arvind Bhatikar’s auto biography was published, the chief guest, former election commissioner S Krishna Swami praised his services and integrity very highly.
Bhatikar’s wife Snehalata has a post graduate degree in social work from the Christian Medical College, Vellore. She is the author of a very popular book originally published in Konkani on parenting. Goan Observer had the privilege of publishing the English version, ‘Mothering and smothering’.
Bhatikar is the son of the founder of the Bhatikar High School in Margao, with which he is still closely associated. Bhatikar is also a member of the Goa Suraksha Manch and believes that the medium of instruction at the primary level should be in English. Even at 80, Bhatikar continues to be very active both in the promotion of Konkani and other social activities. His wife Lata still provides counselling services to many private and government schools. We wish our founder director Arvind Bhatikar and his half century partner Senhalata Bhatikar a happy wedding anniversary and an equally happy birthday for Arvind!

GOA’S Aashreya Naik won a silver medal in the Black Forest Cup, held in Villingen, Schwenningen, Germany. She lost to local hope, Germany’s Heck Jenin, 2-3 in the 63 kg category
Despite claiming the silver, the Guirim-based girl wasn’t not happy with the results and said, “I am not happy on winning a silver medal. I wanted gold at this international. I will work hard towards improving myself. I will strive to win more medals for my country. Now I will be attending a selection camp on July 5 and my reporting date at Haryana is on July 1,” she said.
The Indian junior women’s team head coach, Amanpreet Kaur said that Aashreya put up a commendable performance in the tournament.
“She has been with the Indian team for the last nine months. She played well in the tournament and there has been improvement in her performance. She lost by a narrow margin against the host team due to the pressure. Overall she played very well and it was a tough bout. She had earlier won a silver medal at the 13th Poland International boxing championship as well,” said Kaur.
India’s junior women boxers clinched seven medals, including five gold and the team was adjudged the best of the tournament.

DEMANDS THAT COASTAL PLAN BE DEFERRED ARE IGNORED
THE Congress has demanded that the public hearing on the Coastal Zone Management Plans (CZMP) scheduled for July 7 be deferred until all the villages in the State are able to submit their suggestions and objections. However, notwithstanding the demands of NGOs and citizens, the government has decided to go ahead with its scheduled public hearing.
Goa Pradesh Congress Committee (GPCC) spokesperson Tulio De Souza condemned the process of preparing the CZMP, and claimed the National Centre for Sustainable Coastal Management (NCSCM), the central government agency that drafted the plan, did not carry out any new surveys and superimposed Google map images on the 1974 survey records.
He said, “Government has prepared the plan as a procedural formality as necessitated by the CRZ notification and mandated by NGT. A cursory look into the map reveals that massive new constructions have not been taken into consideration. The government needs to adopt a proper strategy when a document is going to affect the livelihood of the people. If it is only for the motion of the process then the government has failed in its duty as mandated under the amended notification.”
He further said that under the Centre’s Sagarmala project, the government is supposed to construct nine jetties but in the maps not a single one has been marked. “EIA has been completed according to the government but it’s not mentioned in the plans. Government has to redo the maps with the participation of the people. Congress will extend its support to people or NGOs protesting against the plans,” he added.
Academician turned environmentalist Dr Joe D’Souza said the government has not done any scientific work and this is worrisome as the high tide areas have not been calculated scientifically. He said, “The map has been prepared haphazardly without any yardstick, therefore some things are represented and some things in the same line have not been shown.”
GPCC spokesperson Swati Kerkar said the government has created ambiguity by showing certain structures and not informing people what has been included. She demanded, “The hearing has to be deferred as doubts of the people are not cleared. The way the Regional Plan draft was sent to all villages and then a final draft was submitted a similar process should be undertaken.”
In North Goa, the hearing will take place at Taleigao Community Hall, while in the South it will be at Ravindra Bhavan. The State government has to finalize and submit the plan to Union Ministry of Environment and Forest (MoEF) before August 31, the deadline set by the National Green Tribunal (NGT).