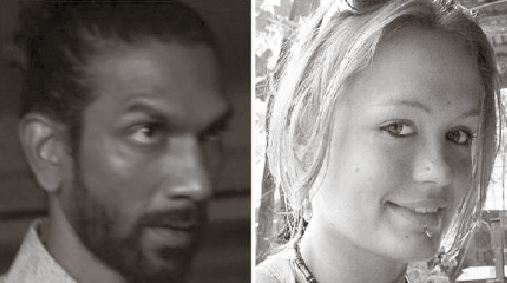 It is due to the persistence of Fiona MacKeown, the mother of Scarlett Keeling, that the Goa Bench of the Bombay High Court convicted Anjuna shack barman Samson D’Souza for the death of the 15-year-old British teenager. On February 18, 2008 Scarlett’s body was found semi nude on the beach near the water close to a shack Lui Cafe where D’Souza worked. There appears to have been a conspiracy to hush up the case because the first autopsy claimed that it was a case of accidental death. When there were loud protests from Scarlett’s mother a second autopsy was performed which revealed that there were 50 injuries on the body including the pelvic area confirming rape. The second autopsy also pointed out that there was too little water in the lung to cause drowning.
A case of rape and murder was finally registered at the Anjuna Police station on March 9, 2008. On May 31, 2008 charges of rape and murder were filed against Samson D’Souza, 28, and Placido Carvalho, 41, after the case was taken over by the CBI. The charge sheet alleges that the accused administered drugs to Scarlett and raped her before drowning her. The CBI filed an additional charge sheet accusing the culprits of culpable homicide not amounting to murder, drugging the victim and outraging her modesty. Since Scarlett was a minor, the trial took place in the Goa children court which found the accused D’Souza and Carvalho not guilty. The mother, Fiona MacKeown, petitioned Prime Minister Narendra Modi on September 29, 2016. The CBI filed a petition in the high court challenging acquittal of the two accused. On July 17, 2019 the HC convicted D’Souza the main accused but acquitted Carvalho. This is not an isolated case as many foreigners have died in mysterious circumstances in Goa.
Minna Pirhonem a resident of Finland who represents relatives of foreigners killed in Goa has commented that the conviction of D’Souza while welcome, does not increase the faith of foreigners in the Goa police. She has pointed out that in most of the cases the families do not have the resources to follow up the cases. It is the tie between the police and the drug mafia that is responsible for the majority of such murders of foreigners, specially women. In the case of Piromen her son Felix Dhal, 22, was found dead on the road in front of a three storied house in Patnem in January 2015. The police claimed he had died of a drug overdose. In July 2018 the High Court transferred the case to the CBI, criticising the police investigation.

Who says there are no drugs in Goa? Peter F. Borges (CEO-Human Touch) writes an open letter to Chief Minister Pramod Sawant about how drugs are making inroads into Goan society. The long awaited judgment in the Scarlett Keeling case is a grim reminder of the easy access to drugs in Goa. Eleven years after Scarlett was drugged, raped and left to die, nothing much has changed…