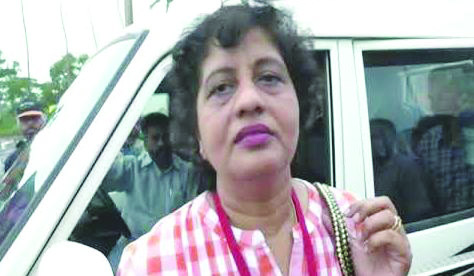 The Goem Against Corruption (GAC) on Thursday alleged that FDA official Iva Fernandes was sacked from her post as South Goa designated officer of Food and Drugs Administration (FDA), even as she was about to expose another scam in the department.
Why was the government so keen to sack an honest officer who was only doing her duty. Maybe there were some technical errors in the reporting procedure adopted by her, but her intention was very clear. She was not working to protect the government, but the people of Goa, yet the department found fault in her actions. There are hundreds of officials in various government departments who are corrupt to the core, but they are not sacked or even pulled up, GAC spokesperson Adv Austin Rebello said.
In an order dated July 17, 2019, issued by the Secretary Health J Ashok Kumar, the Goa Health Ministry appointed North Goa designated officer of FDA, Richard Noronha and gave him charge of the Food Safety Administration of both North Goa and South Goa districts with immediate effect, thus sacking Iva Fernandes in the bargain.
A year after Fernandes ‘confirmed’ the presence of ‘formalin’ a cancer-causing agent, in fish imported from the neighbouring states like Tamil Nadu, she was relieved of her post by the Health Department, including all her responsibilities without citing any reason.
The GAC claimed that Fernandes was a no-nonsense officer who didn’t buckle under any political pressure. Some issues had cropped up recently in the department and she was not ready to listen to her political bosses. The political system was only waiting for an excuse to drop her and got the reason they wanted.

The Goa People’s Front has accused the Goa government and the concerned State transport authority of deliberately postponing the implementation of digital taxi meters in taxi and tourist vehicles, in spite of giving an assurance to the Bombay High Court.
A spokesperson for the Goa People’s Front claimed that the state government’s July 5 assurance to the High Court of Bombay at Goa, assuring that it would implement taxi meters on a pilot basis from July 16 was a non-starter and it seems the government is not serious even when it makes a commitment to the HC.

The roll-out, which was supposed to happen statewide by August 1, is expected to be delayed yet again, this time because the government has not notified the fare table to be programmed in the micro chip installed in the digital meters and has also not ensured that the back end system was up and running in time, claimed the Goa People’s Front.
According to media reports, suppliers said that while the meters are ready, they can’t go ahead until the state government notifies the latest fare chart. Only once this is notified can the meters be calibrated, they said, adding that the meters will have an integrated emergency system and a printer for issuing receipts. Once calibrated, the meters will be stamped by the legal metrology department before being fitted in taxis.
The government will not only be able to track taxis’ movement, but also monitor whether meters are being used; all data will be reflected on a master server that will store all the back end data.
“The Goa government is not completing procedures and giving instructions pertaining to the back end system to record the data, which is expected to be managed by GEL. It has not even commissioned the software which will transmit and receive data from the cards embedded into the meters. On one hand it makes an allocation of 10 crore for a statue, but is not able to implement a system, which is long over due and is affecting tourism greatly in Goa,” said Jonathan D’souza of the Goa People’s Front. The implementation will be slightly delayed,” a transport official admitted as per media reports. “There are two components — the supply of the meters which is complete and the back end software which hasn’t been approved yet. The meters can be fitted into all vehicles, but they will not function unless they’re backed up by software which will receive signals and communicate data to GEL’s control room. The GPF spokesperson asked as to why the government has not yet approved the back end software. In cities like Mumbai, the data collection was disabled and the meters function as standalone units after calibration. Every time there is a change in the fare, the meters have to be calibrated again or a new fare table is issued by the RTO department. If the government is not keen or not interested in sticking to deadlines it should not have made empty promises to the High Court. The HC must now pull up the government for contempt. Even in the past, the State was fined10,000 by the HC for failing to keep up to deadlines, D’Souza said.

SENIORS WANT TO HAVE A LIFE TOO!

Here they are, some 30 of them from the YMCA Senior’s club and Fontainhas’ B N Melvani centre, taking a slow walk with architect and naturalist Tallulah D’Silva, down a Campal promenade trail on Friday morning (July 26, 2019)… to appreciate the life and times of birds, bees, butterflies, trees, flowers, not forgetting to appreciate the silvery-grey-green rainy day landscapes to be found by the River Mandovi of Panaji. We discovered that seniors make for keen listeners as well as contribute to the friendly chatter about what Goa used to be like once upon a time, when there was no much urban hurry and scurry. (inset) Tallulah D’Silva, her message is put mother Earth before plastics