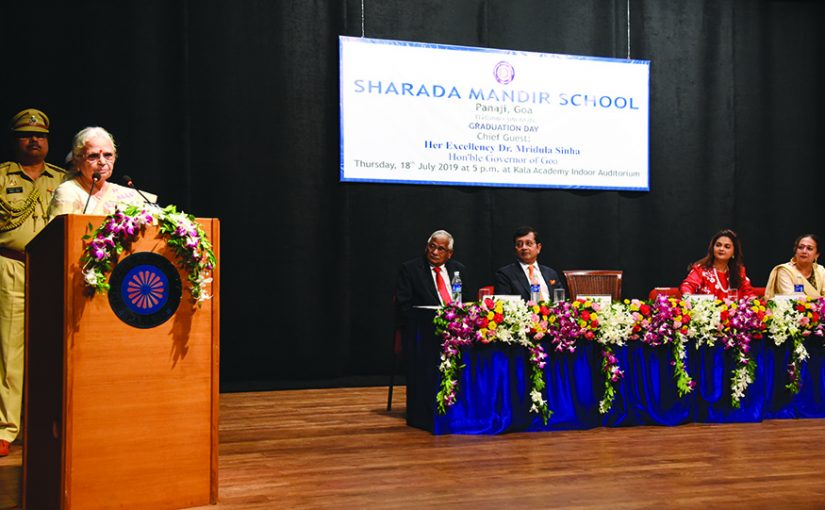 SINNERS BACK IN CHURCH?

For those eight Catholic MLAs it was their first Sunday Mass where the congregation were the very people that voted in good faith but were so callously and insultingly betrayed after that very high-handed and detestable defection. After having sinned for the greed of Money and Lust for Power, they may try to seek repentance in vain for the political prostitution they have indulged in while taking Goa and Goans for a ride. Fooling some of the people some of the time may be possible but fooling God at any time is Impossible! Even God will not forgive these political bandits.
The Anti-defection law came into force in 1985 to deter the evil of political defections by legislators motivated by the lure of office and monetary gains. The intent of the law was to prevent corruption by way of horse-trading.
Our Goa may be India’s smallest State within the world’s largest democracy, but it has been in the news for all the wrong reasons. We have shown the nation ways and means to circumvent the Anti- Defection law, with political prostitution and party turncoats. Our arrogant and deceitful politicians have perfected the art of betrayal and subversion of the precious democratic right of the individual for their own personal gain. Fortunately, the natural law of Karma that says what goes around comes around will always outsmart the treachery and evil perpetrated by the few on the many.
What Goa has witnessed is a Jamboree of political hara-kiri sponsored by the cash rich and power intoxicated BJP ready to take advantage of the corrupt and the gullible. Politics makes strange bedfellows. Even those in the world’s oldest profession do it better.
St. John the Baptist (Sao Joao) rightly referred to such bandits as a Brood of Vipers in condemnation of such evil acts against the people by hypocrites in power.
The prophetic words of St Francis Xavier still ring true: Goa ninguem levará mas por si acabara (no one will take Goa, but it will be finished by itself).
— Aires Rodrigues, Ribandar

POT-HOLED GOVERNMENT!
With all the Panaji by-elections shenanigans it’s a smart city which got neglected. Very little pre-monsoon cleaning of gutters was done or trees trimmed or wet garbage fall removed to safe places or street lights put into working condition! Well, the rains arrived and it was a scene of flooding all around and potholes sprouting everywhere ….all manner of big and small potholes, and adding to the woes of two-wheeler drivers were the out of shape Reliance underground wire ridges all broken up stretch after stretch.
Recently, while there was a lull in the rains CCP/PWD workers could be seen here and there taking an interest in the new “road bond” material they have acquired to fill up potholes…no details are known and how costly this new pothole filler is but from what one can see all the sketchy patch-up work on potholes is terrible! I smell a scam but who’s going to nail it?
Forget about making good roads with drainage systems in place, we can’t even do a good job patching up potholes! So much for all the political promises of vote for me and in a 100 days there will be a new Panaji city! Never have the roads and streets been in such a sorry state and all one can say is we have a government of potholes big and small and may be GTDC can look into developing pothole tourism to make another fast buck!.
— Pankajbala R Patel, Panaji

DRUG-LACED MILK?
Awaiting a final verdict from the Supreme Court two-judge bench of justices Chandrachud and Gupta is proving to be a harrowing experience for the peasants of Mopa plateau who are awaiting a verdict (which was due in the first week of July) in favour of preservation of their agricultural occupation and the exotic flora and fauna of the idyllic Mopa plateau.
Perhaps we could invite the two learned judges along with botanists and zoologists in order to jointly go for a safari of the Mopa plateau so that they can experience first hand the presence of the genteel pangolins, the fragrant civet cats, the svelte tigers, majestic bison, furrowing wild boars, thorny porcupines, elegant peacocks, the restless monkeys as well as identify the variety of trees in the plateau by their botanical names as also savour the crystal clear medicinal potable water of the 46 springs in the area.
Perhaps a safari will be able to break the deadlock that the learned judges harbour of doubts they can clear that this extension of the western ghats and this United Nations conservation area is the fittest place to restore back to mother nature and keep its naturalness. There is great honour in rescuing the lives of endangered natural species
— Elvidio Miranda, Panaji

GOVT REVENGE?
I think the government is taking revenge on Goans. We complained about the degraded and polluted St Inez creek. We said we’d die of dieases and deserved to have clean water and not a nullah for dumping waste. And what did our dear government do? It said, ‘Ha! you think you have problems? You ain’t seen nothing yet!’
Now instead of worrying about a far-off death through pollution or mosquitos or dirty water from the St Inez creek I worry about dying with a broken neck as I ride my bike home from work. Instead of worrying my grandchildren will die of pollution and disease, I worry my children will drown on the way home from school.
Dear Panjim MLA, now that you’ve finished jumping ship, why don’t you get back on your bike and take a tour of your submerged kingdom?
— Blaise Dias, Panaji

BEST WISHES TO RAJAN NARAYAN
Dear Mr Rajan Narayan,
Wishing you a very happy birthday.
I am an ardent reader of Goan Observer and I enjoy the topics you choose. I especially enjoyed reading your take on Dilip Chenoy’s keynote address (July 7, 2019 Issue).
Being a teacher in a higher secondary school, all that you mentioned is dear to my heart. Having read Yuval Harare’s latest book. He speaks of all this happening in the next few years. If the government does not change its stand on the way of doing work and recruiting to appease the masses for its vote bank it’s going to face a back lash.
Thank you once again for your articles. Keep them coming.
Yours sincerely,
— Ms Irene Delaney, Saligao (Teacher in Our Lady of the Rosary HSS, Dona Paula)