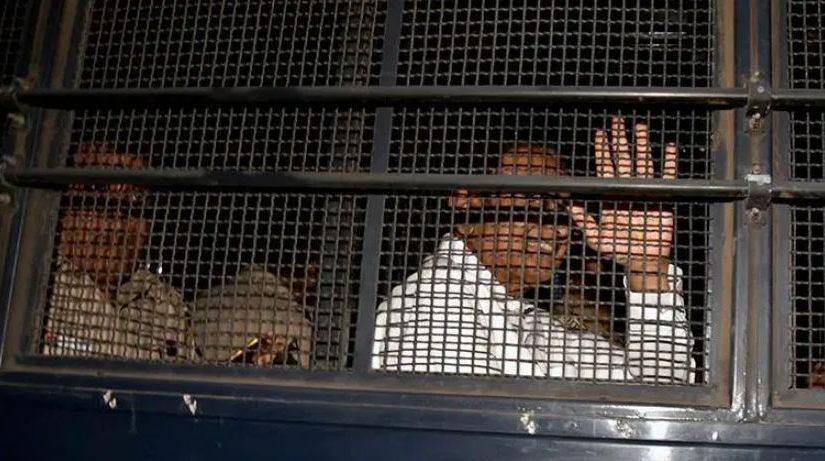 The Enforcement Directorate is now investigating several high-profile cases, including the INX Media case against former Union minister P Chidambaram. The ED has been transformed from a small enforcement agency prosecuting civil offences to becoming “the new CBI”…

On September 2, when Karnal Singh, former Director of the Enforcement Directorate (ED), issued a press statement denying charges of alleged bribery levelled against him by a former deputy, the first to take a dig at him was Karti Chidambaram. He wrote on Twitter: “I feel the pain of Karnal Singh against “unsubstantiated allegations” @dir_ed (ED’s official twitter handle). The chickens come home to roost.”
Karti’s jibe was in reference to the INX Media case, in which he is a key accused and his father, former finance minister P Chidambaram, is in judicial custody in Delhi’s Tihar Jail. The entire INX media case is the result of a proactive ED chasing the Chidambaram’s for more than half a decade now.
In December 2015, ED had conducted searches at offices allegedly linked to Karti in Chennai and elsewhere. The raids were conducted in connection with the agency’s money-laundering probe into the Aircel-Maxis deal. During the searches, the agency stumbled upon documents that suggested that a company “indirectly controlled” by Karti had received payments from INX Media in the period that it was granted Foreign Investment Promotion Board (FIPB) approval for FDI.
The agency promptly sent a reference, along with the seized documents, to the CBI, which registered a case in the matter in May 2017. The ED followed this up with a case of money laundering against Karti based on the CBI FIR. (Under the statute that governs the agency, the ED cannot initiate a money-laundering probe against anyone unless an FIR has been registered by another agency or state police on charges with financial implications.) In February 2018, the CBI arrested Karti.
The ED further sent a reference, along with documents, on payments made by as many as four companies to some of Karti’s alleged firms around the time they received FIPB approvals. CBI sources now say the agency is probing the father-son duo in these cases as well.
The series of events since 2015 is a pointer to how the ED has emerged as arguably the most proactive of Central investigative agencies, now at the centre of several high-profile cases, many of these involving members of opposition parties. Increasingly dreaded in the power corridors, it is now referred to as “the new CBI”.
As an ED officer put it: “Just listen to the statements of Opposition leaders when they attack the government on ‘misuse of agencies’. Earlier, it used be ‘the government has unleashed CBI, IT and ED against its opponents’. These days, the order invariably is the ED, CBI and IT.”
Enforcement Directorate chief S K Mishra declined to offer his comments for this story.

The ED’s swift, often bullish, approach has been evident in the way it has dealt with several other cases, among them the one involving Ratul Puri, nephew of Madhya Pradesh Chief Minister Kamal Nath. In July, Puri embarrassed the ED by escaping from its office where he had been called for questioning in connection with the 3,600 crore AgustaWestland chopper deal case. Puri excused himself to visit the washroom and then never came back. By afternoon, he approached a Delhi court for anticipatory bail. In subsequent days, the court saw unprecedented drama where, in a bid to win his custody, the ED went on to claim that a witness in the case may have been murdered. With the anticipatory bail plea going on to linger in the Delhi High Court, the ED had the last laugh. Before the High Court could pronounce a verdict on August 20 on Puri’s anticipatory bail plea, the ED arrested him in another case, that of bank fraud. That afternoon, even his bail plea was rejected. On September 3, the ED arrested Congress leader and former Karnataka minister D K Shivakumar after questioning him for over 30 hours starting August 30. The ED probe against Shivakumar is based on a chargesheet filed last year by the Income Tax Department alleging tax evasion. Even in the AgustaWestland case, the ED has been steps ahead of the CBI in terms of arrests or legal submission in the form of chargesheets. While the CBI registered an FIR in the case in March 2013 and the ED initiated its money laundering probe only later, it was the ED that made the first arrest in the case — middleman Gautam Khetan was held in September 2014 and the agency subsequently filed the first prosecution complaint (equivalent to a chargesheet) in the case. It even chargesheeted British middleman Christian Michel much before he arrived in India. The CBI, on the other hand, made its first arrest in the case — that of former IAF chief SP Tyagi — only in May 2016. It has since filed multiple chargesheets in the case. While probing former Haryana Chief Minister Bhupinder Hooda or the Gandhi family too, the ED has shown greater alacrity than the CBI. In July 2016, taking cognisance of a Haryana Vigilance Bureau FIR registered in May that year, the ED registered a case of money laundering against Hooda for allotting a plot in Panchkula to Associate Journals Ltd (AJL), the publisher of National Herald newspaper. AJL is owned by Young India, which in turn is run by the Gandhi family. The ED has since not only taken possession of the land but even filed a prosecution complaint against Congress leaders Motilal Vora and Hooda. The CBI registered a case in the matter only in April 2017. Similarly, in the case of Robert Vadra, son-in-law of Congress president Sonia Gandhi, it was the ED which first raided the offices of Skylight Hospitality, a company at the heart of several dubious land deals in Rajasthan and Haryana and owned by Vadra. In December 2018, the ED raided the offices of Skylight Hospitality, claiming the searches were in connection with certain properties owned by Vadra in London through controversial arms dealer Sanjay Bhandari. Vadra has denied these charges. The agency was also the first to question Vadra and has interrogated him eight times following the raids. Even in the Bikaner land scam case, the ED registered a case even before the CBI could, taking cognisance of state police FIRs in 2015. The CBI registered a case only in August 2017. It was again based on a reference sent by the ED and the evidence provided by the agency that the CBI in June registered a case against Sanjay Bhandari and Swiss company Pilatus Aircrafts Ltd for alleged bribery in the 2012 deal for purchase of 75 trainer aircraft from Pilatus at a cost of2,895 crore. It has already sent details of alleged bribery in an ONGC-Samsung Engineering deal associated with Bhandari to the CBI for further action.
Even in the `14,000 crore bank fraud case against Gujarat businessmen Chetan and Nitin Sandesara of the Sterling Biotech group, while it was the CBI which registered a case first, the ED has taken the lead by questioning Congress leader Ahmed Patel’s son Faisal and son-in-law Irfan Siddiqui in the case.

Only EIGHT convictions since 2005

However, for all its powers and show of strength, the agency has a rather poor record in terms of taking cases to the logical conclusion. Of around 2,400 cases that it has registered under the PMLA since 2005, only eight have ended in conviction. Its investigation too has remained tardy, with prosecution complaints having been filed in only 688 cases till June 2019.
It’s this record that has remained a matter of concern for the Ministry of Finance. In 2016, then Revenue Secretary Hansmukh Adhia had chided the agency for slow investigations and no convictions. In reply, then ED Director Karnal Singh had said that ED cases were delayed because they were associated with “influential people”.
Agency sources said poor conviction did not reflect on the agency but rather on the judiciary. “Till date, there has been just one acquittal in PMLA cases. All our prosecution complaints have been taken cognisance of. Our investigation is tardy because we have just 1,000 staff,” a senior officer says.
Besides, they point out, the PMLA came into effect only in 2005, and 14 years is not a long time to secure convictions in Indian courts.
For a small agency, the ED has been punching way above its weight. It continues to work under severe stress with close to 50% vacancies even as the number of cases entrusted to it keep on rising. The agency does not even have its own building. With no detention rooms of its own, unlike the CBI, the ED sends arrested accused to dingy lock-ups of local police stations — the reason why many politicians resist an ED custody more forcefully than the CBI’s.