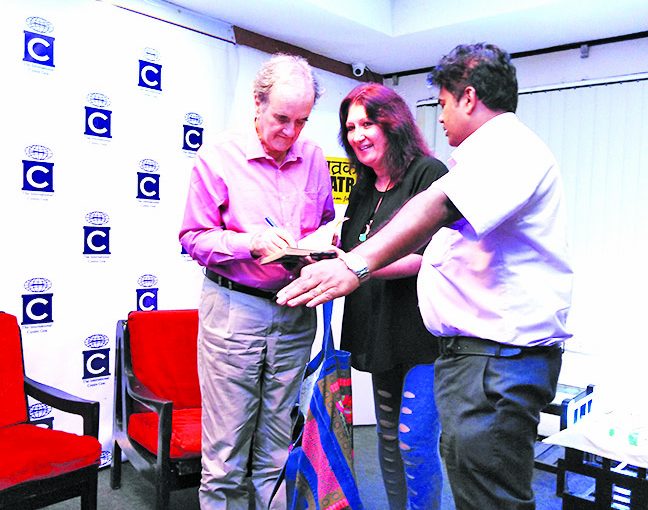 Autograph, please! Sir Mark Tully obliges a reader who had brought a copy of one of her older Tully books for autographing; as more fans turned up for his autograph he sat down for a comfy autographing session…obliging all with a smile and some conversation