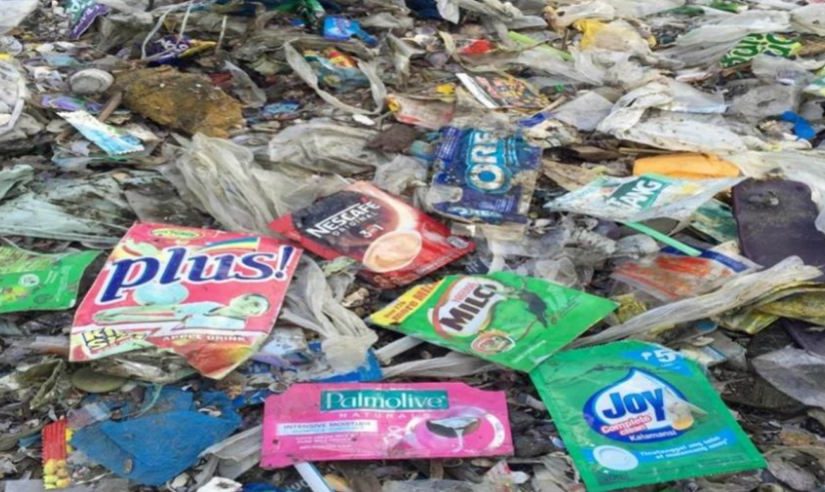 SACHETS: Recycling alone is not the solution for plastic pollution. Most of the plastic found in the environment today has no value in our recycling systems, costing more to collect and process than it’s worth when sold—if it even can be sold You won’t find plastic bottles in nature as often as other kinds of waste, as they’re more valuable and get collected as a form of income

MNCs, in their greed to tap rural markets, have taken to offering sachets of various sizes for a vast range of products — ranging from washing powder to shampoos and even jams and marmalades

Single-use plastic items including plastic bags, spoons, cups, straws and bottles were supposed to be banned with effect from October 2, 2019, on the occasion of Mahatma Gandhi’s 150th birth anniversary. Although this has been postponed, the Narendra Modi-led Union Government aims to completely eliminate the use of single-use plastic by 2022.
India generates about 9.4 million tonnes of plastic waste each year and with no effective disposal method, plastic waste ends up the roadsides, in landfills and water bodies.
Plastic waste management is a global concern. Globally, around 90% of the plastic produced is discarded as waste. So far, more than 60 countries have banned single-use plastic or curbed its use.

The single-use plastic ban, when imposed, is expected to cover six single-use plastic items initially including plastic bags, straws, cups, plates, small bottles and certain types of sachets. The ban will cover manufacturing, usage and import of such items. The Centre has asked all the Ministries to participate in the campaign. The campaign is a part of the Central government’s ongoing Swatch Bharat Mission.

The Union Food and Consumer Affairs Minister Ram Vilas Paswan had earlier asked Pepsi, Coco Cola and other packaged drinks manufacturers to come up with an alternative packaging solution. The Minister had convened a meeting with bottled water manufacturers and various government departments to find a suitable alternative to single-use plastic bottles for selling drinking water to prepare ahead for the single-use plastic ban.
The industry is aiming to produce packaging material that is recyclable with the use of high viscosity polymer. For the packaging of milk, the industry is looking to manufacture milk pouches from polyester filament yarn (PFY). The yarn is recyclable and can be used 45-50 times. The pouches and bags could be sent back by the customers to their milk suppliers.

Bollywood actor Aamir Khan came out in support of PM Modi’s initiative to curb ‘single use plastic’ by saying that it is an effort that everyone should support strongly.
Salman Khan had also shared a video in June, in which he was seen offering water to a monkey from a plastic bottle and the monkey refused to take it. When the superstar offered the monkey, whom he referred to as ‘’Bajrangi Bhaijaan’’, water in a glass the monkey quickly accepted.

What is single-use plastic?

Why is single-use plastic being banned?

With climate and environment becoming a rising global concern, plastic pollution and plastic waste management have become the focal point of worry.
Millions of tons of plastic is being produced every year, which is not biodegradable. Hence, countries across the globe are adopting and implementing strategies aimed at eliminating the use of single-use plastic.
As only 1%-13% of plastic items are recyclable, the rest ends up either buried in the land or water bodies, eventually reaching the oceans, leading to polluting of water bodies and killing of marine life.
Most plastic is not biodegradable and over a period of time will breaks up and release toxic chemicals into the water bodies, which in turn make their way into food and water supplies.
If the plastic does not end up in the water, it ends up as a huge pile of waste that is hard to dispose of. Many South Asian countries have become global dump yards of plastic. The plastic pile-up is not only affecting the human body but also choking the environment.
The UN Environment head Erik Solheim had also highlighted earlier that plastic pollution is one of the world’s biggest environmental threats and countries have to come up with a better plastic waste management and disposal plan to deal with the huge plastic dump that is degrading the environment.

India’s effort to curb use of single-use plastic

The European Union has targeted to eliminate single-use plastic items such as plastic straws, knives, forks and cotton buds by 2021.
China is also gradually cutting down its use of single-use plastics. One of China’s island provinces, Hainan, has already set its goal of eliminating single-use plastic by 2025. The Chinese Government also imposed a ban on the import of foreign plastic waste, forcing countries like the US and UK to find new outlets to dispose off their plastic trash. As a result, plastic waste was redirected in huge quantities to Southeast Asian nations.
Marriott International, one of the world’s largest hotel chains, also announced that it would be eliminating the single-use toiletry bottles from its toiletry kit for guests. The move is a part of the hotel chain’s efforts to reduce its environmental impact.