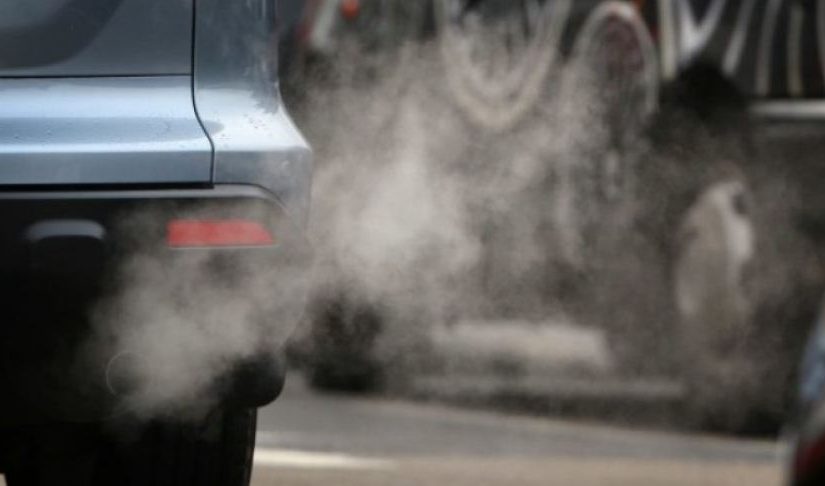 DANGEROUS: The older the car the more unsafe it is to the environment. Old cars generate carbon monoxide which can even kill. Though it may be inconvenient we need to switch to Bharat VI emission standards and to electric two-wheelers

It is imperative that both in terms of the environment and to make public transport affordable, Goa should switch to public transport systems like metro, electric cars and cycles. As far as buses are concerned, Goa should switch to CNG, as Delhi and Mumbai have already done. If taxi prices are low in Mumbai it is because they are now running on CNG and not on petrol…

At the UN Climate Action Summit in New York, 17-year-old Greta Thunberg lashed out global leaders, “You have ruined the earth”. You have shattered my dreams. You have denied future generations the benefit of clean air.” She is not alone. There is increasing concern about the environment and great focus on reducing emissions from vehicles because of the extent to which they pollute the atmosphere.
For the benefit of the uninitiated, the largest part of most combustion gas is nitrogen (N2), water vapour (H2O) (except with pure-carbon fuels), and carbon dioxide (CO2) (except for fuels without carbon). Though these are not toxic or noxious, water vapour and carbon dioxide are greenhouse gases that contribute to global warming. Additionally, combustion gas also consists of undesirable, noxious, or toxic substances, such as carbon monoxide (CO) from incomplete combustion, hydrocarbons from unburnt fuel, nitrogen oxides (NOx) from excessive combustion temperatures, and particulate matter (mostly soot).
Carbon monoxide is the most abundant and widely distributed air pollutant found in the atmosphere. CO emission generally exceeds that of all other pollutants combined (excluding CO2) particularly in urban atmospheres. Practically all of the CO formed is due to human technology, with more than 90% of the total CO emitted from combustion of fossil fuels being derived from motor vehicle emissions.
Carbon monoxide is chemically oxidized very slowly by molecular oxygen in the lower atmosphere producing carbon dioxide. The temperature cycle depends on the quantity of oxygen and carbon dioxide in the atmosphere. Large scale pollution, which can be caused not only by vehicles but even by production and usage of consumer durables and a variety of other factors, leads to climate change that is completely changing the world we live in.
In the normal course we take fixed temperatures during specific seasons for granted. We also take fixed average quantities of rainfall for granted. Consequent on the climate change caused by pollution temperatures have gone up to 35 degrees plus in the UK in June, the warmest June days for about 40 years. Similarly the virtually two month downpour that we witnessed in Goa and the summer-like heat we are experiencing now in October is an aberration caused by our polluting lifestyles.

Thanks to the late Sheila Dixit, former CM of Delhi, air pollution in the national capital New Delhi was brought down by 50% because she forced public transport buses to shift to Compressed Natural Gas (CNG) as an alternative to diesel and petrol. But urban population keeps growing and the number of cars keeps increasing.
Another problem that the capital faces is the burning of crop stubble in fields in neighbouring states. After harvesting paddy, farmers burn the residue to clear the fields and make way for the sowing of wheat.
Delhi Chief Minister Arvind Kejriwal had to take to drastic measures like introducing an alternate-day system whereby vehicles can enter Delhi only on alternate days. This practice is already common in several leading cities like London where you cannot enter inner London.

India woke up very late to the pollution caused by automobile emissions — the black smoke that comes from the silencer when the vehicle is too old and the carbonator is not working at peak capacity. Indeed till 2000, there were no standards followed in the country on emission levels!
It was only in 2002 that the process of imposing limits on emission began with India emulating the examples of the UK and the other developed countries. The base was Bharat II and in the first phase it was decided that in the major cities in the country auto scooter manufacturers had to shift to Bharat III levels of emissions control.
The reason why there is currently panic in the automobile market, and sales in the small and medium range of cars have been falling by 15% to 20% month on month for the last one year, is the government’s decision on upgrading emission levels further.
Though it is not clear, from April 1, 2020, all cars will have to move up to Bharat VI which is the equivalent of Euro VI. Of course, as in the past, in view of the size of the country the implementation will be done in stages as there may be smaller towns which may not be able to afford the cost of switching immediately.
However, soon the time will come when 2002 level Bharat cars will be scrapped from the market. No fresh licenses may be issued to cars beyond a certain age as in the recent example of Fiat’s Premier Padmini which was ordered to be removed from the market. Premier Padmini used to be the most popular amongst taxi drivers at one stage in Mumbai. As far as public transport is concerned the increasing tendency is to switch to CNG.
Ideally of course, from an environmental point of view, the most suitable under existing technology conditions is to switch to electricity. The reason why metros and mono rails are so popular is not only because they are much faster but because they run on power. The distance from Tokyo to Toyota, a distance of 800 kms, is covered in three hours.
Narendra Modi, who is more concerned about joining the global rat race than addressing jobs and poverty, has come up with his own version of the Indian bullet train between Bombay and Ahmedabad which will cover the distance within two hours.
But there are hurdles to switching to metros. It may be recalled that more than two decades ago, when the Konkan railway was being built, a monorail model was being developed for Goa. It was finally abandoned as unviable. Even if the Konkan Railway had been extended to all the major cities in Goa and the beach belt Goa would have saved enormously both in terms of price and pollution.
The reason why Goa has more vehicles than the number of residents staying in the city is because of the unreliability of public transport. The irony is that while the Kadamba Transport Corporation talks about introducing 80 electric buses soon, the majority of public and private transport buses in Goa are more than 20 years old.
Levels of pollution in Goa are almost as high as in Delhi as no rules have been enforced as to emission levels. You can still see pre-Liberation Mercedes cars and motorcycles in Goa, not to mention the ubiquitous Volkswagen.
Because of the influx of a large number of rich and upper-middle-class residents, fancy cars are being sold after minimal usage and are being purchased by locals in large numbers. So Goa has become a mobile grave for automobiles of all makes and sizes. The oldest cars are naturally the SUVs as they are the most profitable for taxi drivers.

After sleeping like the tortoise for decades, the government under Modi seems to be in a desperate hurry to catch up.
It will soon become compulsory to switch from diesel and petrol two-wheelers to electric two-wheelers. In fact, a young semi-literate man from Pune has succeeded in manufacturing his own electric cycle.
Considering Goa has a huge population of two-wheelers the switch to electrical vehicles will be of enormous advantage. The worry of course as in the case of electric cars is the cost. The cost derives not from the vehicles itself but the very high cost of power in the country. Though electric cars have been available for a long time and my friend Dean D’Cruz, the highly environment-conscious architect, only drives electric cars, it is few who will be willing to make the sacrifice to pay so much more to reduce the carbon imprint.
An additional problem with Goa is that it does not generate any power at all. For a brief period there was a 50MW independent station based on Nafta which was being imported for Zuari Agro Chemicals. When the price of Nafta (which is a derivative of petroleum) shot out of the sky is became unviable and the plant shut down.
Goa gets its power from private stations in north and south India. Most of the power stations supplying power to Goa are thermal stations which are more expensive than hydro power. The other alternatives are wind power and solar power both of which are very expensive. You need to be in a rich country like Dubai to use solar power not only for electrification but even for purification of water.
In theory at least there are some large hotels in Goa which can set up purification plants. Wind power is relatively inexpensive if done on a very large scale. It works on the principle of putting up windmills over a large area on a plateau which will drive the turbines to create the electricity. Wind power has not been very effective in Goa because the proportion of land it needs and the cost is not compatible to demand. Relatively, solar power is cheaper as temperatures are very high particular in summer — rising to 40 to 50 degrees. A lot of middle class and rich individuals put up solar panels on their roofs for limited purposes like cooking or even to run fans and air conditioners.
The biggest threat to global pollution is emissions from fossil fuels — in other words petrol and diesel which are derived from carbon particles. The biggest producers of petroleum and diesel in the world are the Gulf countries followed by Russia.
In more recent times there have been radical developments whereby fuel has been derived from fossils from deep under the water. It is all a question of comparative cost. Unfortunately, the largest oil producing countries in the world are constantly at war with each other. Iraq, Iran and Saudi Arabia are involved in literally shooting wars with Saudi accusing Iran of attacking its petroleum production facilities with drones. Similarly Saudi Arabia has alleged attacks on its tankers by Iraq.
Every time war breaks out between the Sunis and the Shias, petroleum production is disrupted and the price of petrol and diesel go up. Fuel prices in India are link to the price of crude petroleum and diesel oils. Which is why prices of petrol and diesel in India keep increasing in proportion to the increase in price in the Gulf.
India is trying to reduce its dependence on the Gulf by buying shale oil from the United States. As in the case of Goa, India produces less than 10% of its petroleum and CNG requirements. The largest producer, not surprisingly, is Mukesh Ambani as RIL is the largest producer of petroleum along with its own mega refinery. It is planning to strike a deal with the Saudi company ARMACO which will double its petroleum crises.
What Goa and India needs desperately is not so much private transport but public transport. The electric trains of Bombay are far more economical than the old steam trains. Similarly, buses in Goa not only contribute to pollution but are very unfriendly to tourists and citizens alike. Most buses stop running around 8 pm and there is no transport for tourists or locals who want to enjoy night life. This is unlike Bombay where buses and train run 24 hours a day. It would be desirable to ban SUVs and other luxury cars to reduce the traffic congestion and maintain the character of Goa.