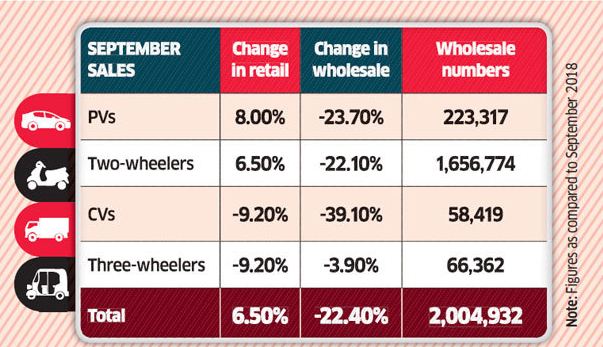 India has set a deadline for all manufacturers of automobiles to switch to Bharat VI which is the equivalent of Euro VI which will reduce emission levels. India auto makers also upgraded the quality of crash testing so as to ensure that their vehicles are robust

The automotive industry, which has been reeling under the impact of a host of adverse factors and one of the worst slowdowns ever, is set to transition to BS-VI emission standards on April 1, 2020, a fact which was reiterated by the government on October 8, 2019. This transition has been the talk of motown ever since it was announced last year, and it is pertinent to demystify its implications as the deadline looms closer.
BS VI or Bharat Stage VI is the new emission standard that all vehicles in the country will have to adhere to from April 1, 2020. The sale of BS-IV vehicles will also cease from this day. The Supreme Court had ruled on October 24 last year that no BS-IV vehicle would be sold with effect from April 1, 2020.
In August Finance Minister Nirmala Sitharaman clarified in a press conference that BS-IV vehicles purchased up to March 2020, will remain operational for the entire duration of their registration, putting to rest doubts about the viability of BS-IV vehicles post the deadline.

Bharat Stage Emission Standards are emission regulations implemented by the government to keep a check on emissions from motor vehicles. Introduced first in 2000, the current BS-IV norms were enforced in 2017, after BS-II and BS-III norms, which were enforced in 2005 and 2010 respectively. BS-V has been skipped in order to have a more stringent standard to curb pollution levels, apart from the gap between the enforcement of different emission standards also dwindling.
Many manufacturers have already launched BS-VI models/variants, though the BS-VI fuel is currently available in Delhi/ NCR only. According to Maruti Suzuki, BS-VI compliant petrol vehicles can run on BS4 petrol also. The BS-VI petrol cars from Maruti Suzuki have been extensively tested with BS-IV fuel and there are no operational concerns, it said recently. Similarly, BS-IV cars can also run on BS-VI fuel, according to reports.
Maruti Suzuki, the country’s largest passenger vehicle manufacturer, said in the same release that it sold 2 lakh BS-VI compliant vehicles, six months ahead of its actual enforcement. The carmaker has eight BS-VI compliant models in its portfolio currently. Hyundai, Kia Motors, and Mercedes have also launched some of their models with BS-VI compliant engines.
It all comes down to what exactly this much bandied about transition to BS-VI standards implies.
BS-VI standard

Union Minister Prakash Javadekar said on Tuesday that this transition would reduce air pollution by 80%-90%. Maruti Suzuki has said in a release that BS-VI compliant petrol vehicles will lead to a substantial reduction of nearly 25% in Nitrogen Oxide (NOx or oxides of nitrogen) emissions. NOx emissions will be brought down by 70% for diesel engines.
The sulphur content of BS-VI fuel, which is five times lower than that in BS-IV fuel, is one of the major differences between the two. The presence of OBD (Onboard Diagnostics) and RDE (Real Driving Emission) on all vehicles will also enable real-time tracking of emissions.

According to reports, BS-VI compliant petrol cars are required to emit no more than 60mg/km of NOx (Nitrogen Oxides) emissions, versus the cap of 80mg/km for BS-IV vehicles. The particulate matter (PM) limit has been capped at 4.5mg/km for petrol engines that use direct injection, reports further state. As for diesel cars, NOx emissions have to be reduced from 250mg/km to 80mg/km, HC+NOx emissions from 300mg/km to 170mg/km, and PM emissions from 25mg/km to 4.5mg/km.
As for the price, post the transition to BS-VI emission norms, the price of petrol vehicles is expected to see a surge of 10,000 to20,000 (or more), with its diesel counterparts expected to be privy to a hike of up to a lakh or more. This is due to the higher cost of upgrading diesel vehicles to BS-VI norms.
There have been several discussions in the industry on the viability of selling small diesel engine cars after the new emission norms come into play. Various carmakers have already announced plans to discontinue certain diesel models post the BS-VI transition. Notably, Maruti Suzuki has said it will stop selling all diesel-powered vehicles post BS-VI, even as the diesel variants of Maruti contributed close to 25% of the company’s total sales in FY2018-19.
Whilst grappling with one of the worst slowdowns in recent times, the auto industry also has to ramp down its production of BS-IV vehicles before the deadline, so that the BS-IV stock is completely sold out, as post the deadline, BS-IV vehicles will equate to mere scrap. Meanwhile, automakers have to simultaneously invest in building BS-VI engines and ramp up the production of BS-VI vehicles.
Carmakers have already started rolling out discounts and offers, to revive customer demand now that the festive season is around the corner. Buying a BS-IV car now can be a viable option if customers don’t want to pay extra for the same car with a BS-VI engine a few months later. But, if the environment is also to be weighed in, customers can wait for the BS-VI variants to be rolled out by April.
Meanwhile, for automakers, ensuring a seamless transition to the BS-VI emission standards by April 1, 2020, is a top priority, and this impending transition has also been identified by most of them as one of the major reasons for the current subdued demand. It remains to be seen if the automobile industry, which contributes more than 7% to the country’s GDP, will finally be able to put the worst behind it, after the transition to the greener BS-VI emission norm in April.