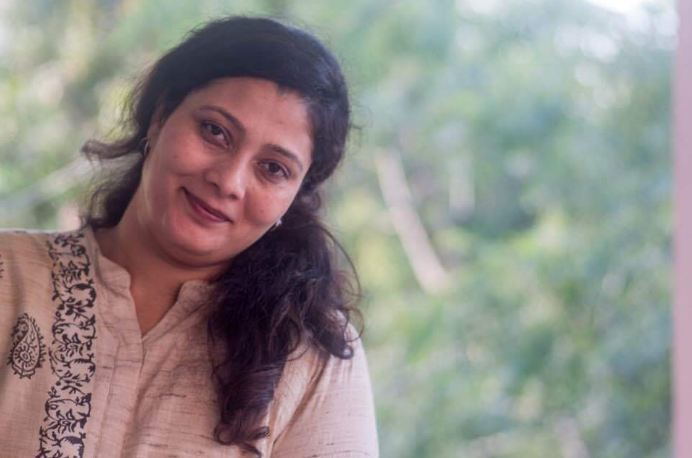 TERROR: The media have to think twice before reporting anything as the number of suits filed against them has increased exponentially and defamation remains a criminal offence on the Indian law books. Even worse they often have to face threats from the government through arrest, and many have even received death threats or been killed by attackers who allegedly have tacit government support. In pic, Rachna Khaira, who exposed the weaknesses of the Aadhaar card and was arrested for it

Among the various sections of society, the media has suffered the most under the prime ministership of Modi. The latest and worst example is the lock down in Kashmir wherein hundreds of Kashmiris are believed to have been imprisoned or killed in cold blood. Ironically, the man who presided over the repression in J&K, Satya Pal Malik, is now the governor of Goa…

Rachna Khaira, who wrote for The Tribune, bagged the prestigious RedInk Award for ‘Journalist of the Year’ for her far-reaching expose during Calendar 2018 on the functioning of the Unique Identification Authority of Indian (UIDAI) and its Aadhar data cache. Her investigation confirmed that personal data of millions of citizens was at risk of being hacked or traded for a price. By running a series of stings with The Huffington Post, the journalist was able to raise serious doubts about the claims by government that Aadhaar data stored in UIDAI servers was safe and secure.
Many of the leads provided by Ms Khaira become part of public interest litigation (PIL), which finally led to the onerous and mandatory aspects of Aadhar being watered down.
However, instead of complimenting the journalist for having brought to light the deficiencies of the system, and the threat posed to the privacy of the citizen, the UIDAI launched police action against Rachna Khaira, her editor Harish Khare, and the newspaper The Tribune.
Rachna Khaira currently works for The Huffington Post. This is her story, but could be the story of any investigative reporter in modern-day India…

Rachna Khaira was a little-known crime reporter in a gritty industrial town in northern India until the first week of January, when she wrote a story that exposed a major privacy breach in a nationwide database of more than 1 billion Indians.
Officials were not amused by her sleuthing and filed a police complaint that accused Khaira, her newspaper and the alleged cybercriminals of forgery and other offenses punishable by 30 years in jail. The country’s editors guild condemned Khaira’s treatment, protesters marched in the streets, and former US National Security Agency contractor Edward Snowden sent a tweet supporting the new whistleblower, saying she deserved “an award, not an investigation.”
Times are tough for journalists in India, where many reporters and editors say it is becoming increasingly difficult to do their jobs. Loyalists to the country’s powerful Hindu nationalist prime minister, Narendra Modi, have bullied editors into taking down critical stories, hushed government bureaucrats and shifted from the common practice of filing defamation cases to lodging more-serious criminal complaints, which can mean jail time and take years in India’s overburdened court system.
Modi, popular but thin-skinned, has effectively cut off the mainstream media, forgoing news conferences to communicate directly with his vast electorate through Twitter, where he has 40 million followers.
India fell three spots on the World Press Freedom Index to 136th in 2017, according to the watchdog group Reporters Without Borders, below Afghanistan and Burma (also known as Myanmar), because of growing self-censorship and Hindu nationalists trying to purge “anti-nationalist” thought, the group said.
Ravi Shankar Prasad, India’s minister for electronics and information technology, said any suggestion that the government was hampering press freedom was “completely wrong.”
“Obviously you can see how many newspapers and channels are critical of us, blasting my government,” he said.
India’s drop in the 2017 index comes amid a worsening climate for press freedom internationally, Reporters Without Borders said, propelled by the rise of strongmen, President Trump’s diatribes against “fake news,” and clampdowns on media in Turkey and Russia.
“The pressures appear to be more intense now than they have been in a generation,” said Nicholas Dawes, the deputy executive director for media at Human Rights Watch and former chief content officer for one of India’s leading newspapers. “The government has also done little to reassure journalists in the face of both orchestrated digital attacks and physical violence.”

India has long had a vibrant media, with more than 407 million newspaper readers — more than the population of the United States — and millions more cable viewers voraciously consuming news in Hindi, English and dozens of regional languages.
Freedom of expression is guaranteed by India’s constitution, and court cases over the years have supported press freedom. Those rights were profoundly shaken during the period known as the “Emergency” in the 1970s, when embattled Prime Minister Indira Gandhi locked up opposition leaders and censored newspapers to retain her power.
Prominent members of Modi’s government fought against the oppressive Emergency as activists, and some were jailed, Prasad noted.
Over the years, politicians of all stripes — including many from India’s thriving regional parties — have arrested and threatened journalists and blocked their access to information, often falling back on India’s defamation or colonial-era sedition laws in an attempt to limit free speech, analysts say. Many of the top news channels and newspapers are owned by families or conglomerates with business interests such as mining and telecom that have long been reluctant to be critical of the government.
“If you go around today in 2018 arguing that media was unfettered and free and robust and vibrant in those years, and suddenly things have gone south, now that’s just nonsense,” said Rajeev Chandrasekhar, a member of Parliament allied with Modi’s coalition and a principal investor in Republic TV, a conservative news channel. “There has been media that have been compromised and complicit and silent all through the history of media in India.”
But international observers say the situation has worsened under Modi, with media organizations self-censoring for fear of offending the government and losing valuable advertising. Even stories about the Reporters Without Borders ranking, which detailed “online smear campaigns” of journalists by “radical nationalists,” were taken off the websites of two newspapers, according to the Hoot, a media watchdog group.
“Modi doesn’t take that kindly to criticism, and he doesn’t engage with the media. The media has no real access to him at all,” said Mark Tully, a veteran BBC correspondent who was expelled from the country during the Emergency but now lives in Delhi.

Two years ago, Neha Dixit, a freelancer, penned a critical report in Outlook magazine on alleged child trafficking by affiliates of the Rashtriya Swayamsevak Sangh, the Hindu nationalist organization where Modi got his start. After a complaint from members of Modi’s political party, Dixit was charged in a criminal complaint with promoting disharmony among different religious and other groups, a charge that carries a penalty of up to five years in jail. For weeks, she and her husband were the subject of online threats. “Somebody published our residential address and said we should be beaten black and blue,” she said. She has spent $1,200 on legal fees so far.
Dixit said she is more cautious now about the kinds of stories she takes on. “The legal costs are a deterrent that unconsciously impose a kind of self-censorship,” she said.
In September, the editor for the Hindustan Times newspaper, Bobby Ghosh, an American citizen, was forced out after just over a year in the job after he launched an online portal to monitor hate crimes called “Hate Tracker.” He reportedly was relieved of his duties after Modi told the newspaper’s company chair, Shobhana Bhartia, that it was “undignified” to have a foreigner running the paper, said two journalists familiar with the exchange, who spoke on the condition of anonymity because of the sensitivity of the matter. Ghosh declined to comment, and Bhartia did not return telephone calls or emails.
“We refute any such allegations. These are baseless,” said a high-ranking official in Modi’s government, who spoke on the condition of anonymity because he was not authorized to speak to the press. Smriti Z. Irani, the government’s information and broadcasting minister, did not respond to requests for comment.

Khaira, the reporter in northern India, works long hours as a crime reporter in a regional outpost of the Tribune, an English-language paper based in Chandigarh and founded in 1881. She rises as early as 3 a.m. to tutor her oldest daughter before starting her day with calls to her “well-oiled” network of sources.
“If something happens in my city related to crime, I should be the first one to know — after the gangster,” she said with a laugh.
In the first week of January, those calls produced a worried former worker for the government’s Unique Identification Authority of India, also known as Aadhaar. He led Khaira to the data thieves through a group on the messaging service WhatsApp, where she paid the equivalent of $12 to access telephone numbers and other private data.
Cable news shows devoted prime-time coverage to her scoop, which further shook public confidence in a controversial program that seeks to assign an identity number to each of India’s 1.3 billion citizens. The story garnered more than 300,000 readers; awards and a book deal offer flowed in.
Prasad said the journalist and her newspaper have been named in the police complaint as part of the investigation into how the breach occurred, and suggested Khaira help find the “real offenders.”
“She has not been targeted, but police must investigate so the sanctity and integrity of the system is not compromised,” he said.
Khaira said that she is cooperating with authorities but that she is “hurt and angry” that her name remains in the complaint. “What are they trying to prove?” she said.