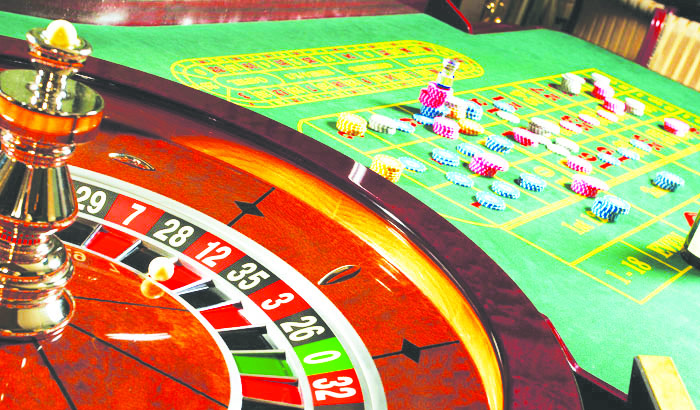 RULES: Though Goans are not allowed into casinos from February 1, 2020 it is not clear what identity proof visitors will have to produce and who will check whether Goans are kept out

AND a few stray thoughts on the Centre imposing a fine on Panchayats and local bodies for not submitting their development plans. They have now been given four weeks to submit their plans. Under Article 72 of the Panchayat Act & Municipal Amendment Act it is stipulated that all planning should be done at grassroot level. The logic is that the planning process should take place from bottom upwards and not imposed from above. This is because it is local people who know best what is suitable for them. The logic is that the existing infrastructure in a city or a panchayat should be able to support the new development.
The biggest mistake that the late Manohar Parrikar did was to destroy the Bandodkar Stadium and Panjim Municipal Market to create infrastructure for the International Film Festival of India. It is not widely known that the INOX multiplex was built on the grounds of the Old GMC and is the property of the government of Goa. It is the only case of any government in the country building a multiplex. Parrikar rushed through with the building of the multiplex because there were no auditoriums in Goa considered suitable for screening IFFI films. Similarly there have been protests in other parts of Goa for building huge structures like the Ravindra Bhavan, the Fatorda Football stadium though Fatorda does not have the infrastructure for the same. The only time a Town & Country Plan was based from the bottoms up line of principles was in 2001 when National Planning Commissioner Dr Edgar Rebello was in charge.
Unfortunately then the revision of the TCP was entrusted to Babush Atanasio Monserrate when he was TCP minister and it was labelled the 2011 Regional Plan. Babush permitted wholesale transfer of paddy fields and orchards. The Goa Bachao Abhiyan came up and succeeded in persuading then Chief Minister Digambar Kamat to scrap Regional Plan 2011. Further, he appointed a committee under Edgar Rebello and Charles Corriea to draw up RP-2021, which in fact was notified in the last days of Digambar’s rule. But due to some additions like the eco-tourism projects and many industrial estates introduced by Digambar Kamat without consulting the committee, RP-2021 was scrapped.

MANOHAR Parrikar promised to introduced a new RP- 2021 incorporating all required changes. It never happened and Goa is still functioning under the RP-2001. Worst still Vijai Sardesai during his tenure as TCP Minister amended Section 16 of the TCP Act, exempting small houses from seeking permission or conversion under the TCP Act. This has been challenged in the High Court as it can be misused. The Panaji Outline Development Plan and the Taleigao Development Plan has also been challenged in court.
In the 2001 Regional Plan the principle was the FAR will be in inverse proportion to the density of population. For instance, Taleigao and Calangute, as they have huge populations, would not be permitted high rise constructions. In the old days the principle followed by the Panchayats was that the height of a building cannot exceed the height of coconut trees. Unfortunately, the politicians of Goa want to convert the state into Singapore or New York. Shockingly, the state has decided to build a 27-floor building at Patto to accommodate all government offices.

AND a few stray thoughts on New Delhi which has a population of only two crore being able to get 440 government school students admitted to the Indian Institute of Technology. This is more than the number of students getting the admission to IIT from MP and Bihar which have hundred times more population. But Goa which has a very high rate of literacy barely manages to get ten students on an average admitted into IIT. Even ten odd students get into IIT by paying a heavy price for the special training they are imparted.
The pioneer in preparing Goan students for competitive exams was Venkatesh Prabhu Dessai who incidentally, is himself an aeronautical engineer from IIT. Venkatesh, who was running classes on his own at the Kamat building opposite Demphe College, tied up with Anil Khaunte of Mustifund. The Mustifund School managed by Suhas Sardesai started a separate branch of the SSC, HSSC combined, which offered training to students considered bright enough and willing to pay the fees. The Dempos entered into an arrangement with a Vidhya Vikas Academy to offer specialised training for IIT-JEE and other competitive exams. Sharda Mandir has also started a special batch of students who want to join the IIT.
The difference between Arvind Kejriwal and our own CM Pramod Sawant is quality of education. Under Kejriwal government schools are as good or better then private schools. The 440 students who made it into IIT this year are all from government schools and did not pay a single paisa for specialised training. It is not only at the 12th standard level that the standard is pure. The problem starts right from the first standards. Historically, the majority of schools in Goa have been in Marathi or English. When the then Education Minister Sashikala Kakodkar decided to restrict grants only to vernacular medium schools the Christians schools had to switch to Devenagiri Konkani script which they did not understand.
In 2012 the Church converted the Devanagiri Konkani school back to English unofficially due to falling enrolment. Since Parrikar did not want to lose the Catholic vote bank he formally approved the decision but only schools run by the church or related bodies like Don Bosco and Pilar were permitted to secure aid even for English-medium primary schools. Even private primary schools teaching English at the primary level like Red Rosary or People’s High School were not given grants. The quality of education in government schools is so poor that even a 4th standard student cannot write a sentence in English.
In sharp contrast Delhi schools have now become ultra-modern with smart interactive black boards where it is fun to study with happily qualified teachers. The Delhi school system is managed by the Oxford-educated educationist Atishi Malena under Education Minister Manish Sisodia who is as committed to education. There are a lot of new fancy primary schools that have come up in Goa which are franchisee of the Zee schools and other highly priced schools like the Gera school in Kadamba Plateau.
AND a last stray thought on the government ban on local Goans going to casinos. There is total confusion as although the GST commissioner has been appointed as the gambling commissioner, no rules have been framed. It is not clear how the casinos will distinguish between a Goan and a non-Goan. Goans are not permitted into casinos but tourists are. But tourists who want to enter a casino have to pay a fee. It is not known how much the fee and in any case how do you make out a tourist from a Goan or a Goan from a tourist?
The gambling commissioner is supposed to check if the working of the casino is proper. The normal rule is that up to 70% of the takings of a casino should go to gamblers. In Goa it’s a reverse, with the casinos keeping 80%. It is impossible to win the jackpot in these Goan casinos, unlike in Macao and Nepal. There have to be experienced inspectors to ensure fair play. Casinos serve as money laundries rather than gaming centres. In every off shore casino there are hawala agents. If you deposit `1 lakh with the casino you get a free room in a 5-star hotel although you don’t get the lakh back if you lose at the casino. But you may keep your winnings and continue to play till you are bankrupt anew. The wise gambler knows when to count his blessings or winnings and walk away from the table. The greedy gamblers think that the more they win the more their chances of winning even more. The gamblers who lose think that they will win back what they have lost if they continue playing. So either way they are bakra.