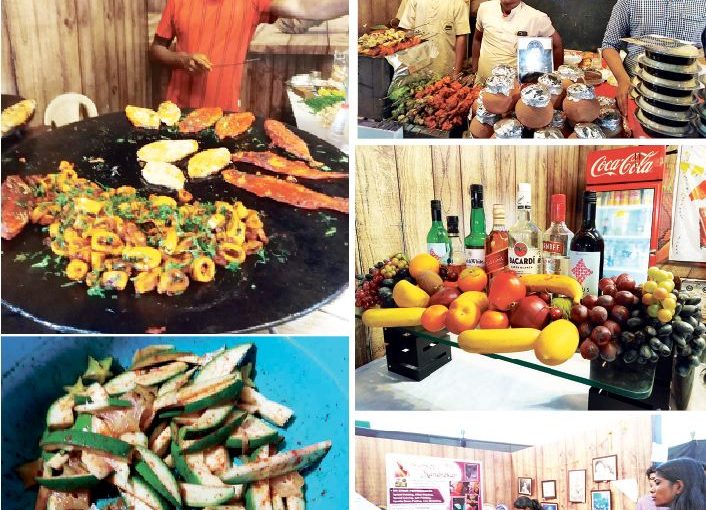 A feast of biryani, kabab, Chinese food, Goan food and much else at Goa Tourism’s Food & Cultural Festival: (clockwise from top left) frying away merrily thin slices of rawas, kingfish, lepo; mercifully, Zakis has vegetarian biryani for me; don’t get fooled for all this display fruit is nakli; good idea, a Goan food stall in the absence of chepnim salted mango offered fresh cut green mango sliced and tossed in a peppery masala to go with fish curry-rice; good idea to take the weight of your feet by asking artist Sanket Mandrekar to take his time doing tattoo or sketch of you!