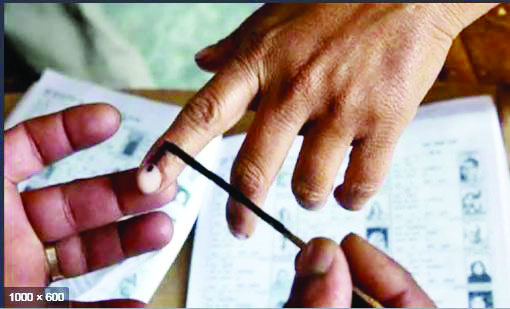 India is a country of festivals as the seasons come and go! It novel coronavirus or no coronavirus it is time to take some precautions and look forward to the Maharashtrian New Year of Gudi Padwa. Gudi Padwa commences this Wednesday, March 25 by the lunar-solar Hindu calendar. This festival is celebrated as Ugadi in Andhra Pradesh, Yugadi in Karnataka, Poila Baisakh in West Bengal, Bihu in Assam, Cheti Chand in Gujarat. Majarashtrian and Konkani people also refer to Gudi Padwa as the first day of the Hindu new year by Maharashtraians and Konkani people interestingly call the first day of the new year as Samvatsara, signifying the start of a new cycle of 60 years – and all 60 samvatsara are identified by unique names. Most Goan Hindus take place to hang up a “gudi” (flag) high outside their homes, it enshrines copper tumbler filled with auspicious ingredients as an offering to earn the blessings of Mother Earth. Make the most of it, sweet puranpoli, rava and moong ladoo are prepared in most homes and this is to say may this Gudi Padwa clear the air of novel coronavirus and usher in peace and prosperity for all!

THE Goa Peoples’ Front (GPF) has demanded an immediate postponement of the Zilla Panchayat polls in Goa to be held on Sunday, March 22, 2020 claiming that the State Election Commission (SEC) and the government of Goa are playing with the lives of Goans for the benefit of the ruling party.
The State Election Commission of Goa and the GoG will be completely responsible for every patient who gets infected, should something go wrong in the State. Every official of the SEC will be liable for civil and criminal prosecution if things go wrong. Stating that the State Election Commissions of Andhra Pradesh, Maharashtra, West Bengal and Odisha have postponed local body polls due to the caronavirus pandemic, the GPF is very critical of the Goa government for its care-a-damn attitude.
Further, this cash-strapped government will be spending huge sums on procuring masks, sanitizers and other equipment during the polling process, which can be avoided by simply deferring the polls by a month. In this respect, says GPF spokespersons, the BJP is exposing hundreds of its workers to possible infection. The party does not care for the people of Goa — it gave away Mhadei on a platter to neighbouring Karnataka, but it is now clear that it does not even care for its own karyakarta and leaders.
“On one hand the Health Minister who is part of the BJP government claims that a senior politician from South Goa could be a possible suspect and needs to be quarantined because he was on the same flight as an infected passenger, on the other hand the State is doing nothing to follow the prescribed laws in such cases. Party workers campaigning across the State are exposing themselves to possible infection. The Health Minister talks about closing the borders of Goa with Maharashtra and Karnataka, screening all passengers, including domestic passengers arriving at the airports and rail terminals and other drastic measures, but the government does not want to postpone the ZP polls only because they feel a lower voter turnout due to the caronavirus scare will help them win more seats. This is a selfish motive of a government which does not really care for its people as is evident from the fact that some BJP Ministers are overworking their party workers instead of permitting them to stay home. The seriousness of the caronavirus pandemic has not yet seeped into the minds of Goa’s politicians and the State Election Commission is working as a puppet of the government,” says Maria Baptista, spokesperson of the GPF.
The BJP is known to hide true facts from the people. When the late Manohar Parrikar passed away his demise was not announced for several hours. The same was the case with former Prime Minister Atal Vajapyee. In the current scenario there are doubts if Vishwajeet Rane, Goa’s health minister, is revealing the true facts and details regarding the testing process being carried out in the State. Goa receives thousands of foreign visitors and an equal number of domestic passengers. If neighboring states of Maharashtra and Karnataka have several confirmed cases of caronavirus infection, there are doubts about official statements made in Goa. Is this a case of false negatives? Baptista asks, explaining that it was the same problem in the USA a month ago in February where the testing procedures failed — due to which the infection doubled and hundreds more patients got infected in following days.
Goa has thousands of senior citizens and hundreds of citizens above the age of 80. By conducting the elections during this crucial stage, the SEC and the government is putting to huge risk the lives of these senior citizens who are sitting ducks for the caronavirus, the GPF said, adding that even the High Court has decided to function only for two days a week and two hours each day. The government has on one hand shut down schools and colleges, but wants party workers to be exposed to the coronavirus! It is mostly college students who are campaigning for the BJP, which means going to college is not safe, but campaigning outdoors is OK?