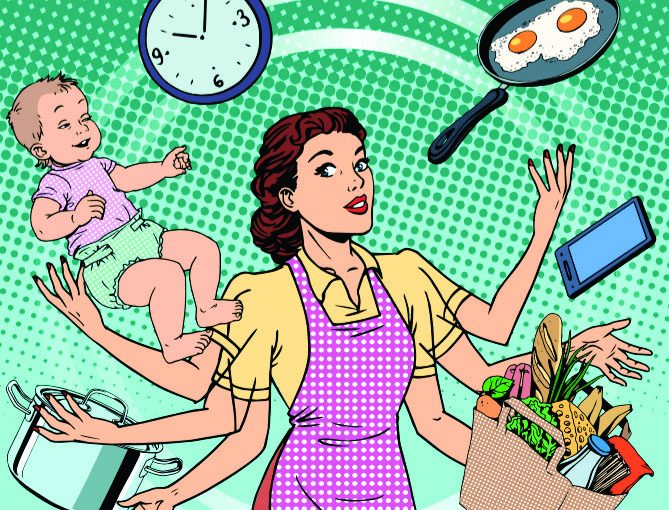 THERE’S a shloka from the Yajurved on being a woman…it goes: “Sa visvayuh sa vishvkarma sa vishvdhayah indrasya/twa bhagam somen aatnachmi vishno havyam raksh.“ Meaning She (lady/woman) is the life of all universe, she is the creator (vishvkarma). She is the one who holds all as a mother (vishvdhayah). She is the part of the one who has controlled senses (indra- Male), the one who is full of life (som-male), the one who could bring her up properly (vishnu). You all must protect her as she is the solution, and the medication.
Being a woman means being a creator, being the universe itself, one who has the ability to create life, nurture and care for it. Being a woman is almost equivalent to being a goddess, who possesses infinite grace, subtle power to endure, sustain and bear life. Being a woman also means being shakti, Shakti to destroy all evil, Shakti to endure hardships and conquer great feats, with sheer grit, sincerity and tenacity.
Being a woman also means having a strong sense of identity, accepting your body as one that adapts and changes over time, being confident, building up the people in your life. It means you have the wisdom to be grateful for what you have while still being hungry enough for growth.
Despite all the above basic traits, it is sad to realise that this world believed in discriminating against their gender for centuries together, with limited rights to exist as equal beings in this world. However, in early 1900, women of the world united and lobbied hard to claim their right to vote for the very first time. It was the genesis of the movement that led to coming together of women and a global sisterhood campaign and hence celebration of March 8 as International Women’s Day.
• It was held for the first time more than a century ago in 1911. The theme was to create an opportunity and platform to challenge stereotypes and channel efforts towards gender equality.
• It offers an opportunity to reflect on progress made, to call for change and to elaborate acts of courage and determination by ordinary women who have played an extraordinary role in the history of their countries and communities.
• The 2020 International Women’s Day focussed on the theme, “An equal world is an enabled world.” GENDER EQUALITY is one of the points in focus.
It means :

What is Gender parity/equality?
Gender parity is a statistical measure that provides a numerical value of female-to-male or girl-to-boy ratio for indicators such as income or education. For example, if there are equal number of girls and boys who completed primary education in a specific country, the gender parity ratio for that indicator is one. (Mar 5, 2018)

What are the three essential factors for empowerment:
• Education: Education gives one the ability to think wisely and take thoughtful decisions.
• (2) Gender Discrimination: A society which discriminates between the 2 genders can never be empowered.
• (3) Discrimination based on caste, creed, religion, etc.
I would like to wish all women to achieve the above goals! Being a father of two well place daughters and perfectly groomed three granddaughters and over and above having the most ideal women, Mita, as my life partner, I am convinced that they can achieve any things they determine to do in all aspect of life.
Keep it up my daughters world over. My best wishes for International Women’s Day on March 8, 2020!