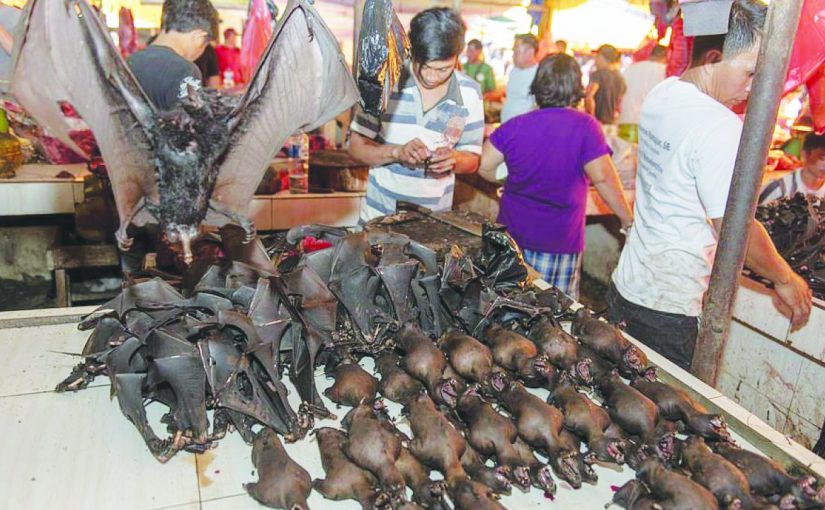 SOURCE: The wet markets which deal in exotic animals and even insects are widespread in China and are considered the source of many epidemics including coronavirus

Coronavirus may have originated in China but this does not necessarily means that it is the result of a conspiracy by the Chinese government. You cannot say Made in China just as you cannot attribute dengue to the fact that the largest number of mosquitos breed in India…

Where are you from?”
Those are the first words out of my patient’s mouth when I ask how I can help her today. A lifetime of being asked this question as an Asian American has prepared me to simply reply, “I’m from here.”
Usually that dissipates the conversation, but today, my patient adds, “I’m not racist, I just don’t want to get the virus.”
I am an Asian American physician working in the emergency room at the University of California in San Francisco, and my experience is not isolated. As headlines continue to provide updates about the covid-19 virus overwhelming hospitals across the country, an overt wave of xenophobic and racist sentiment has also swept in.

go back to china

Early on, even before the coronavirus was officially labeled a pandemic, Asian commuters shared traumatic stories of harrowing public transits marked by racial slurs, spitting, and physical assaults from passersby. And on Sunday, a man wearings medical scrubs and an N95 mask blocking an anti-lockdown protest in Denver was told to “Go back to China”.
Despite being on the front lines of this pandemic, Asian American health care workers are also subjected to this racism. Some patients have even asked my Asian nurses if someone “not from China” could take care of them.
A month ago, after President Trump defended his use of the term “Chinese Virus,” I began to worry about the safety of my patients.
I treated an elderly Chinese man who had been walking in the park with a mask on when he was spit on, pushed over and kicked. He was called “dirty,” and told to “Go back to China.” His arthritic hands were scraped and studded with gravel, and the bruise on his head seemed to be blushing into a deeper purple while I reached for the stool next to his bed. As he recounted the incident with a stoic calmness, the young Cantonese video interpreter paused before her eyes teared and voice cracked, apologizing for seeming unprofessional.

I felt her pain, I felt our collective pain. While I am not Chinese American and recognize the hazard of grouping Asians, my identity as an Asian American from an immigrant family is as much defined by me, as it is perceived and imposed by others, including my own patients.
When Trump uses the term “Chinese Virus,” the message to the public is to place blame abroad despite a dismal initial and ongoing public health response in the United States, and to allow xenophobia and racism to fuel public panic and fear.

From my patient’s room, it does not seem so foolish to be aware of how words can turn into scars inflicted on another human. History has shown how dehumanizing people through analogies to rats or roaches can lead to both insidiously erosive racism and mass violence. In the aftermath of Ebola in 2014, anti-black sentiments comparing West Africans to animals increased, and black people with no affiliation with West Africa experienced racism from the larger public. While geography is important for epidemiologic study, these labels reduce a heterogeneous population with diverse cultural and ethnic backgrounds into one broad category that widens existing stigma.

Last week, ads for Trump and Republican senators in difficult races blamed China as the common enemy who spread the virus. Imagery of Asian people filled the screen, reinforcing the label of “Chinese virus” and giving a face to blame for high unemployment in the United States amid a still rising death toll. Prior public health emergencies reveal how stigmatization of groups can be a common strategy for collective coping. However, it is precisely in these moments of crisis that we cannot let racism arouse fear and divert our attention from the true work at hand: taking care of each other.
This racism and racialization of disease is not new in the United States, but our response can be. As we ask what lessons to gather from this pandemic, as we imagine what “new normal” we wish to build and fight for, I hope we will consider the power of our words and discourse.
Only together, we can flatten the curve, and only together, we can prevent another curve of hate crime from rising. The covid-19 virus has revealed how interconnected our world is. Not just in the physical movement of patients spreading the virus, or the disrupted supply chains of protective equipment and ventilators, but also in the reverberations of our conversations, how everyday words from leaders can translate into real violence against innocent people.
Instead of pointing fingers, amplifying fear and fracturing communities, could we care for each other and combat this racism in solidarity?