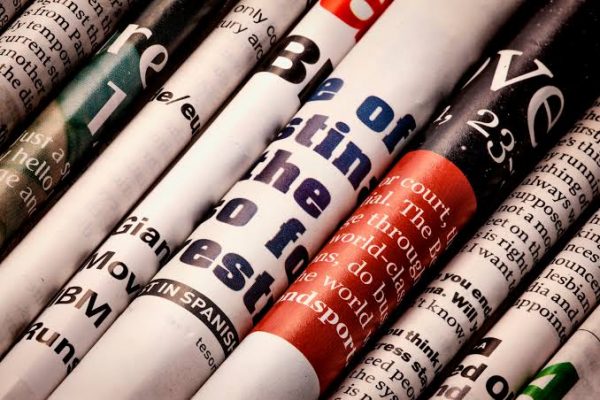 The print industry has been around for a long, long time. From more traditional forms of print media, such as newspapers and magazines, to more marketing-focused media, like brochures and leaflets, our modern way of life owes a lot to the print industry.
That is, of course, until the internet came around.
Since Tim Berners-Lee’s creation back in 1989, the world has fast become a much different place, with the whole planet much more interconnected than ever before. With the rise of the internet, many anticipated the print industry’s supposed tumble, with many people suggesting that printed media was no longer needed. Because of the internet, the print industry is dying out.
But, is there any truth in this? Just because a lot of the practices used in the print industry over the years can now easily be done online, is print media dying out?
I know for me personally that I enjoy reading an actual paper newspaper I can hold in my hands, rather than one on my phone.
“When reading print, we have less distractions and so are able to fully take in messaging. A recent study conducted by Bournemouth University and PHD Media into solus focus found that 60% of consumers say they do not do anything else at the same time when reading magazines compared to 35% for social media. Couple this with print triggering multiple senses the effectiveness of print media is clear.”
I also prefer being handed somebody’s beautifully printed business card instead of being asked to follow them on LinkedIn, but maybe I’m just old-fashioned.
However, saying that, the research does seem to agree with me. Here are three key reasons why print is not dying out. (Well, not quite yet anyway.)

Final thoughts …
As the Columbian Journalism Review called it, print is the ‘new ‘new media’’. As their research showed, printed media is not dying out just yet and is in fact, seeing a bit of a resurgence if anything. Therefore, despite the fact that many companies are now spending less on print than they have done in previous years, that’s no reason to think that the form of media is any less important. Digital may be growing, but printed media isn’t done just yet.