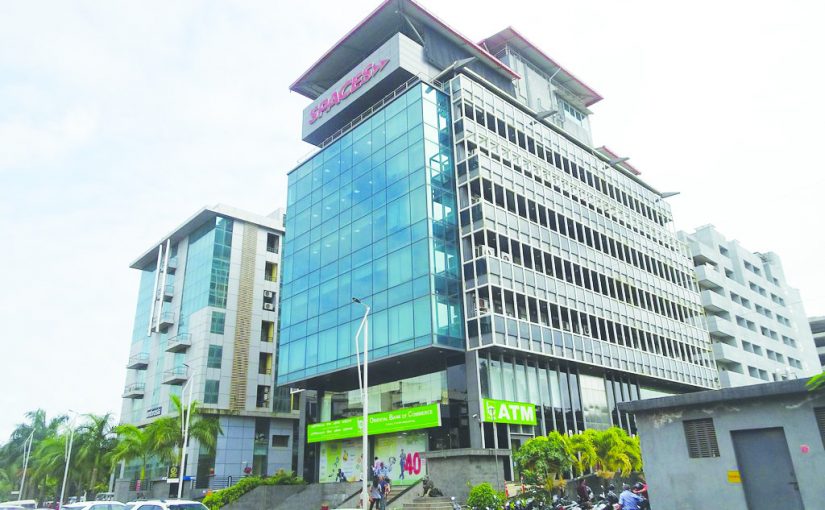 WEDDINGS: You cannot have a civil marriage or register your sale deed or even get justice from the district courts! Due to the discovery of a Covid-19 positive patient in the office of the District Magistrate located at Spaces building. You will have to wait till the entire building is sanitized

And a few stray thoughts on the growing number of Covid-19 cases in the state. Goa has lived up to its reputation of being ajeeb (strange) as Jawaharlal Nehru described it. Till the end of the lockdown there were no cases of coronavirus in Goa. When the first few cases were confirmed it was believed that there were cases imported from outside Goa. Unfortunately, this is no longer so and the infection is now no longer confined to Mangor Hill which accounts for the largest number of 327 cases. More over many of the other cases, as many as 205, have links with those who were tested positive in Mangor Hill. What is disturbing is that Covid-19 is spreading not only to commercial capital Margao (16 cases) but also several smaller villages in south Goa. For instance in Curtorim, Reginald Laurence constituency, 28 cases have been reported, and in Ambeli 15 cases. An increasing number of villages or some of them have been placed in the containment category. This means that they are completely sealed and none of the residents in these areas can either go out or go in of their area.
COVID-19 IN SPACES

IN A major shock to the state capital Panjim the Spaces building which has a glass façade has reported a case in the office of the District Judge. The Spaces building which is a private building hired by the government has many important government offices, including the offices of the sub-registrar of land records, and it is even the venue for civil marriages. At least three floors of the building are occupied by court rooms. The building which large numbers of people visited for the courts and Registrar’s offices has been shut down for disinfection and sanitation against Covid-19 purposes. When it will be open again for work nobody knows, not till it is completely sanitized.
Another building which has been shut down is the office of the Deputy Collector of Customs in Vasco when an employee tested positive. A disturbing aspect of the continuing spread of Covid-19 into the interior villages of Goa is that there are half-a-dozen Catholic parish priests among those found positive.

This is potentially very dangerous as parish priests come into contact with a lot of parishioners for confession and they would be infected in turn. It has been reported in a section of the media that some of the priest found positive have even been holding prayer meetings for members of the Catholic community. This despite the fact that all places of religious worship in the state including churches are closed even after the lockdown ended.
Even the Vatican in Rome which is the headquarters of the Church is closed for the public and Pope John Paul to no longer holds his daily mass for lakhs of visitors visiting the St Peter Square in front of the Vatican City. Recently, the Pope held a special mass for the souls of those from all communities who have lost their lives in the Covid019 pandemic. The mass was held to the scene of an empty St Peters Basilica as the Pope himself follows all the guidelines issued by the World Health Organisation to prevent spread of Covid-19, and has directed that all churches should remain closed till restrictions are fully relaxed.
Back in Goa though the temples have been allowed to re-open the trustees of the major temples are reluctant to take the risk. The Catholic parish priest may be most vulnerable as some of them are in the belief that God will protect the flock and are reportedly even offering confession. The confession rite in Christianity involves a repentant parishioner confessing his sins in a small cubicle where the parishioner is separated from the priest by a small divider which may not satisfy social distance criteria.

AND a few stray thoughts on the growing sense of fear in many Goan villages where the residence have tested positive for Covid-19. The state government may have lifted the lockdown almost completely but in many villages local people are enforcing their own lockdowns. These lockdowns do not have any legal sanction nor are they approved by the disaster management authority which is in charge of preventing the spread of Covid-19 in the state.

Unfortunately, the increasing number of cases across Goa comes at a time when the Central government has permitted the relaxation of many of the very strict rules. For instance restaurants have been allowed to re-open subject to their observing the conditions later. Several of the popular restaurants in Panjim like Bhonsle’s, Tato’s and Café Real have re-opened with a limited menu. At the entrance of the restaurants there is a hand sanitizer station, More over only two customers may sit at each table and they have to face each other and not sit side by side. But the popular standalone Udipi restaurants have limited themselves to takeaway counters rather than permitting customers to come and sit in the premises.
Restaurants attached to the starred hotels have not opened because no clearance has come for the opening of the hotels themselves. More over all restaurants have to shut down by 9pm as the curfew between 9pm and 5am continues throughout the country. Since Goans and indeed, other people who like to eat out have late dinners, the time limit of 9pm is not acceptable to most customers. The even bigger disincentive is that though liquor shops have are open, the bars attached to the restaurants are not permitted to operate. The Travel and Tourism Association of Goa (TTAG) has requested the government to permit the re-opening of hotels along with the restaurants as the Covid-19 lockdown restrictions have affected tourism very badly.
But locals, except for those closely connected with the tourism industry, do not want to entertain any outsiders including tourists coming to Goa, out of the fear that they will bring the contagion and spread it to them. The conditions imposed in cities where hotels and restaurants have been allowed to re-open are so strict that it is not viable for them to function profitably. This is similar to the relaxation on transport where even in buses only half the capacity may be filled and only one passenger can sit on each seat. The public private transport operators who used to pack their buses to bursting capacity do not find it profitable to run public buses under such stringent conditions.

In the case of taxis and auto-rickshaws only two or one customer respectively can use the vehicles. No permission has been given to motorcycle pilots. Tourism is unlikely to resume during the current season starting in October as International flights remain banned and there are very few domestic flights operating. The situation has worsened with pilots and cabin crew testing positive for Covid-19 just before the flight. There is this absurd instance of an Air India Moscow flight being recalled halfway because it was discovered that the pilot had tested positive for coronavirus! The reluctance to further relax the very strict rules is because nationwide the number of Covid-19 cases continue to rise very steeply with Mumbai the commercial capital, New Delhi and Chennai being the worst affected.
Till recently the main concern of the Maharashtra government was Dharavi in Mumbai, considered the biggest slum in the world with a population of over ten lakhs. The bulk of the cases in Mumbai originated in Dharavi whose residents work as drivers or even office staff in both government and private offices. But the new concern is about a sudden sharp spurt in Covid-19 cases in posh upmarket areas like Nepeansea road in Mumbai which is home to the elite wealthy classes of Mumbai. It was subsequently discovered that the positive cases in the up market housing colonies where flats can cost up to Rs50 crore were not the residents, but service providers such as drivers, maid servants, plumbers, watchmen and other personnel. Which is why even in Goa the gated colonies in Caranzalem and Dona Paula do not allow small service providers to go up to the flats of residents.
If one takes India as a whole the total number of Covid-19 cases have touched almost five lakhs. The only consolation is that the death rate is less than 5% with the majority of patients recovering. The concern is about the shortage not only of ventilators and Personal Protection Equipment (PPE) but even beds for Covid-19 patients. Most private hospitals in Mumbai and Delhi are refusing to admit Covid-19 patients. In the rare cases where private hospitals have been admitting Covid-19 patients the common man can’t afford them as they charges are as high as Rs20 lakh for a week’s treatment. The bulk of expenditure goes on PPE which protects caregivers including doctors, nurses, ward boys, etc, from catching the infection. The PPE can be used only once for a maximum period of six hours and have to be incinerated afterwards. If the patient spends a week in the hospital at least 30% of the bill is made up of charges for the disposable PPEs.

AND a few stray thoughts on the migrants who rushed back to their home towns trickling back to Goa. While their rush back home may have given them physiological satisfaction they found that no jobs were available in their home towns. So much so following the revival of the economy after the lockdowns were relaxed, a lot of the migrants are now coming back. Interestingly, it’s the employers in several cases who are begging them to return as even functioning of restaurants and shops is being affected by absence of migrant staff. Some employers who dismissed their staff without any compensation during the lockdown are offering migrants accommodation and return fare to persuade them to come back. One of the reasons why starred hotels are reluctant to open is because 80% of their contract daily wage lower level staff have left Goa for their home towns.
AND a last stray thought on the diminishing hopes of the Goan Observer being able to continue with its print edition. There have been several people including staff of the Gomantak Times, which closed down recently, approaching us for jobs. Unfortunately, so far, none of the dozens of people who have expressed a willingness take over the managerial and editorial control of the Goan Observer, have shown willingness or inclination to invest in reviving the weekly which is suffering a severe cash crunch.
Ideally, we would like to transfer control to willing Goan journalists but while they are very keen on taking control, they are unable to bring in financial investment by way of working capital to sustain the weekly. We hope that before July 4, 2020, on my 73rd or 74th birthday, we will find somebody to keep the flame of freedom from fear alive and kicking .