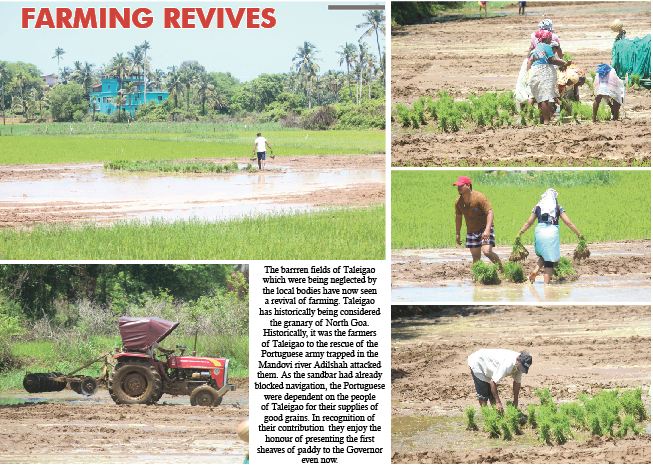 TALEIGAO STORY: The once barren fields of Taleigao which were neglected by local bodies now see a revival of back to farming. Taleigao has historically been considered the granary of North Goa. The farmers of Taleigao came to the rescue of the Portuguese army trapped in the Mandovi river when Adilshah attacked them long ago. As the Aguada sandbar had already blocked navigation, the Portuguese were dependent on the people of Taleigao for their supplies of food grains. In recognition of their contribution they enjoy the honour of presenting the first harvest of paddy sheaves to the Governor of Goa even to this day in the month of August.