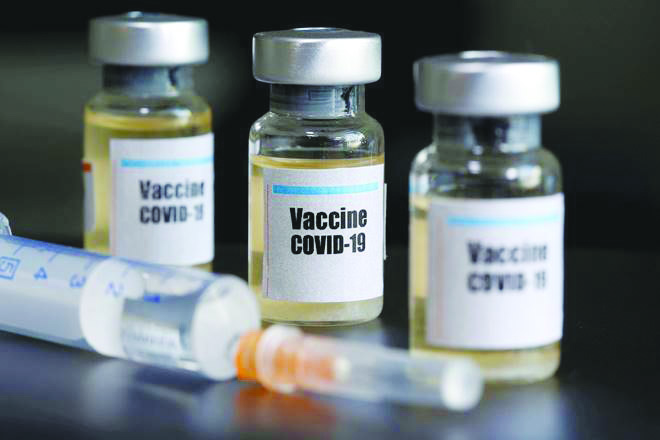 ADVANCED: The Cambridge university research team was the first to start and a vaccine should be available soon for sale worldwide at a reasonable price.

A war is being waged whether vaccines really help or are just a money making racket for Big Pharma. There are many scientists who are against the use of vaccines, considering them ineffective……

The development and manufacture of a COVID-19 vaccine is an urgent issue, but it is likely to take many months to resolve. Although many companies have announced that the COVID-19 vaccine will be ready soon, this will be quite difficult to do in reality.
The main reason is that before being put on the market, the vaccine should be safe, both in the short-term and in the long-term. This is very important because, in the history of vaccine production, there have been situations of contamination with other viruses, fortunately without major consequences. For example, one third of the polio vaccines administered in the US between 1955 and 1963 also contained simian virus 40 (SV40) and more recently, rotavirus vaccines have been discovered to also have swine circoviruses.
In order to avoid such situations, everything to be tested on humans should first be checked for purity, and then sterile production lines provided. This takes time. In rare cases, certain antibodies generated by immunization may promote an aggravated form of the disease (a situation called ADE, antibody dependent enhancement). When these antibodies re-establish contact with the virus, they will actually help it enter the cells and cause infection. ADE has been described in many viral infections (influenza, Dengue, Zika, etc.), but also in coronaviruses. The mechanism of ADE has not been confirmed for coronavirus in humans.
Several animal studies have shown that some types of anti-SARS and anti-MERS vaccines, although effective in generating antibodies, can lead to more severe forms of disease when the virus is subsequently inoculated.
The second reason is that the vaccine must not only be safe, but also effective. It must be able to determine the synthesis of antibodies of a certain type, at a certain concentration (titer) and to provide protection for a reasonable time.

However, vaccines never generate immunity to all vaccinated people. The causes are complex and vary from genetic and immunological factors, to the quality of the vaccines themselves and how they are administered.
Age is an important aspect and some influenza studies have shown that aging of the immune system dramatically decreases the effectiveness of vaccination. Therefore, for any future anti-SARS-COV-2 vaccine, all these aspects should be evaluated, and the primary immunization failures minimized by adjusting the doses or number of administrations.
Assuming that the vaccine will generate an effective immune response to a sufficient number of individuals among those vaccinated, the time frame of vaccine protection is questionable. For example, after measles vaccination, a small percentage of those who initially respond well, lose their protective antibody status within a few years, a phenomenon called secondary immunization failure.
This is why it takes time to check the post-vaccination persistence of anti-COVID antibodies. Last but not least, both safety and efficacy are significantly dependent on the type of vaccine, i.e. the technology or platform used.
Some technologies are very new and therefore require more careful testing. Others are old but need to be adapted for COVID-19. Another aspect is not only the ability of a company to develop the technology, but also its large-scale production capacity so that it is quickly accessible globally. Because there is no commercially available anti-SARS-COV-2 vaccine precedent for the proposed platforms, completely new production lines, capable of generating billions of doses in a few months, must be considered. And this must be done without stopping the production of current vaccines, already included in the official protocols and guidelines. At present, this capacity will be reached with difficulty and will represent an unprecedented effort. DNA and RNA vaccines are based on the principle of insertion of these nucleic acids in some cells of the vaccinated ones, forcing them to make immunogenic viral proteins. Although some recent data seem encouraging, these concepts have questionable efficiency in humans. Non-replicative vectors are actually common viruses (e.g., adenovirus) genetically modified to display SARS-CoV proteins on the outer surface. But they are so common that many of us have already met with them throughout our lives and as a result, we already have immunity and neutralize them before they do their job.
The attenuated viruses would be variants of SARS-CoV-2 made less or not at all pathogenic by genetic engineering. They are by far the most immunogenic, but there is a risk that they will become pathogenic after mutations .
Inactivated viruses, viral fragments, and synthetic peptides are all relatively weakly immunogenic.
The analysis of these variables is normally done over 10 years, in the form of a trial. The stages of a trial are inflexible, standardized, intensely regulated for the purpose of maximum safety and efficacy of the final vaccine.
The first stage is the preclinical research, in which the technology that will be included in the vaccine is selected and then the efficacy and safety profile of human cells (in vitro) and animal models (in vivo) is tested. If the expected anti-infectious effect is seen in vitro, and cells do not die excessively, then in vivo animal studies are conducted. Mice are usually the perfect candidate for in vivo studies, because they are about 85% genetically similar to humans, relatively inexpensive, and do not raise major ethical issues. However, one of the notable differences between the human and the mouse is fixed in the case of the ACE2 receptor gene (to which SARS viruses bind during infection). Mice simply do not make the respiratory syndromes, they eliminate the virus relatively quickly from the body. This is why it is necessary for either the genetically modified mouse to have a human ACE2 receptor, or to use ferrets and monkeys, and this makes everything much more expensive and more difficult to access.
The preclinical stage lasts between 1½ and 2½ years and is by far the most selective. It is estimated that less than 20% of the vaccines tested are able to progress to human tests. Some fail because the product does not work, others because they can no longer find financing (1,100).
After obtaining the vaccine, the first people vaccinated will be the highest risk categories. For everyone else, the term is sometime in 2022, possibly long after we have naturally acquired immunity.
There are still many unknowns related to coronavirus immunity and that is why obtaining a vaccine is difficult. Future mutations in SARS-COV-2 could occur at any time, which automatically means a high risk of any vaccine becoming useless. No vaccine has been obtained for any other coronavirus so far, and no one can guarantee its success yet. It is possible that we will have the anti-COVID vaccine in a very short time, without having the benefits from long-term testing results. The vaccine will probably not be available to all of us for 18 months.

Scientists began working on coronavirus vaccines during SARS and MERS outbreaks, but their efforts did not materialize because of a myriad of difficulties. Since this extremely severe current coronavirus pandemic, COVID-19, the spread of the outbreak appears much broader than was the case for SARS. There is also the possibility of the disease becoming endemic and seasonal in its appearance, according to some investigators. This explains why many research groups and companies are undertaking efforts to develop an effective vaccine against SARS-CoV-2 all over the world, also speeding up all the usual phases needed to develop and test a vaccine in the human.
An important feature in the landscape of vaccine research and development for SARS-COV-2 is represented by the varied range of evaluated technological platforms, including nucleic acids (DNA and RNA), virus-like particles, peptides, viral vector (replicative and non-replicative), recombinant proteins, live attenuated viruses and inactivated viruses. Many of these platforms are not currently the basis of vaccines already authorized, but experience in areas such as oncology encourages developers to exploit new opportunities for increased development and manufacturing speeds.
There is not an effective therapy for severe COVID-19, and social distancing is extremely ‘costly’ from a social and economic perspective. Therefore, the development of an effective vaccine, along with efforts to implement immune-enhancing strategic treatments and shorter-term efforts to identify tactical repurposed treatments, should be considered major public health priorities. We hope to get this key tool for disease prevention, and to do this quite soon.
It is unknown whether there ever will be a successful SARS-CoV-2 vaccine, but the efforts of the scientific community in attempting to develop such a vaccine is without precedent. Thus, COVID-19 vaccines are a never ending story.