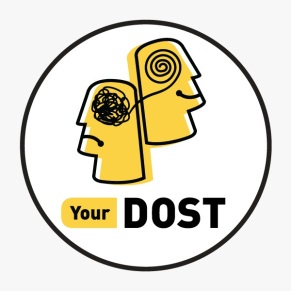 Suicide is a social issue and not an individual a problem. This came through loud and clear at an webinar online discussion which took place in Goa on September 10, 2020. Organized by Bengaluru-based YourDOST organization the discussions came to the conclusion that death by suicide are on the rice in India and urged more vigilance at community level. Various speakers who participated were of the view that society should be aware and educated on the complex interrelated factors which drive an individual to resort to suicide as a way out of all life’s problems and frustrations.
The discussion titled “Suicide Prevention: The Importance of Community” was hosted by YourDOST which reportedly India’s largest online counseling and emotional support platform designed to foster mental health.
The panel discussion was held to mark World Suicide Prevention Day on September 10 2020. Amongst the panelists were Dr Seema Sharma (clinical psychologist), Sandhya Menon (independent writer, journalist and a suicide survivor), Rajesh R Pillai (lawyer and president of Befrienders India and Raashi Thakran (certified QPR trainer and suicide loss survivor). The discussion was moderated by Dr Jini K Gopinath (clinical psychologist and chief psychology officer, YourDOST).
The webinar discussion generally expressed concern about the fact that in we in India have been witnessing an increasing number of death by suicide. According to data compiled by the National Crime Records Bureau (NCRB), since 2007 there has been a 52% increase in the number of suicides among youth in India, with an average 26 suicides taking place every day, or one every hour. The figures are grim and alarming and indicative of a society in need of fundamental change in its approach towards mental and emotional issues in a community.
Commenting on the community’s responsibility in the massive increase in suicide rates, advocate Rajesh Pillai said, “Community has a big role to play since not all suicides are due to mental illness but also due to apathy and lack of avenues to express oneself. Being able to share one’s grief and air their trauma is a basic need of a human being. A systematic change at every level to create a more supportive ecosystem is imperative – from family to teachers to Governments, everyone has a role to play in avoiding these instances.”
Dr Sharma added that suicides due to life events or psycho-social situations deserve much greater attention. Generally as a society we are not very supportive, rather judgmental especially when it is about mental wellbeing, personal choices, grief and trauma. Any individual showing suicidal tendencies or contemplating a drastic step needs a listening ear and compassion. We should use available resources such as community elders, especially in rural areas where professional help is limited, who can give time, listen with empathy and without judgment.
Mental wellness champion Ms Raashi of YourDOST has been driving a very active campaign for launching a National Suicide Prevention Helpline. She lost her brother to suicide and eventually her own mental health deteriorated. She shared her life experience and issues with PTSD and anxiety, confiding “Death does not happen to a the person that dies. It also happens to the people left behind. I started struggling after my brother’s demise. Doctors helped me a lot, so did medication. But what helped me was talking about it. I now know how important suicide prevention is and that led me to delve further into it. The data was scary. That prompted me to work towards prevention awareness.”
A piece of good news is that earlier this week the Central government launched a 24X7 toll free mental rehabilitation helpline (KIRAN) for providing psychological support to people. Ms Sandhya who herself is a suicide survivor shared her own experience with suicidal attempts and triggers, “Seven years ago I was diagnosed with depression. I had a tough time being a single mother to two kids and increasing financial challenges. An argument with a family member triggered my first attempt. I felt not understood. I was expressing myself on social media instead of talking to my friends. I could never reach out and say I need help.”
The webinar session lasted for over an hour and touched topics generally considered taboo such as dysfunctional families, poor consideration towards mental health, non-judgmental acceptance and practicing empathy without criticism. The panelists answered the viewers’ questions before signing off. They suggested a three-step actionable plan for suicide prevention: Look: Look for warning signs which may be physical, verbal, or non-verbal. Listen: Actively listen to the person. And Link: Link those needing help with various stakeholders/professionals/ volunteers.
In conclusion Dr Gopinath had this to say, “Suicide is not a psychological issue. It is a psycho-social issue. As a society, we miss the clues. We need to be mindful of signs from the psychological perspective. Listen actively and carefully. Link people in need with the experts and volunteers who can lend an empathetic ear.”

The Goa government seems to have lost control over Covid-19 with 8 deaths a day in the first week of September. It is not a coincidence that all the deaths have taken place either in the GMC Covid-19 wards or the ESI Covid-19 hospitals. What is even more shocking is the increasing number of cases where young and old patients die within 24 hours of being admitted. GMC Dean Dr Shivananand Bandekar attributed this to the delay on the part of the patients. Private doctors have expressed alarm over the surge in the number of positive cases as well as deaths. The Centre has cautioned that antigen tests are misleading and in cases where the report is negative, the PCR test should be conducted for confirmation. Dr Ira Almeida has cautioned that maintaining a physical distance of atleast one meter is the most important preventive measure to protect you from infection. Doctors have also warned that when you touch any objects like the table in a restaurant the virus may transfer itself to your hand and from there to your face. These virus particles can remain on your face for upto three days. Doctors have stressed that besides maintaining distance it is essential to sanitise your hand when you touch any unknown surface.

POWER LINE WARNING
The public of Sonarwado, Verla, Bardez are informed that 200 KVA distribution transformer centre and associated 11 KV overhead lines of Anandrao Chatim at Sonarwaddo, Verla, Bardez will be test charged on September 15 and will remain charged thereafter.
The people of said areas are warned not to come into contact with the S/C line and distribution transformer centre as it is dangerous to human life.