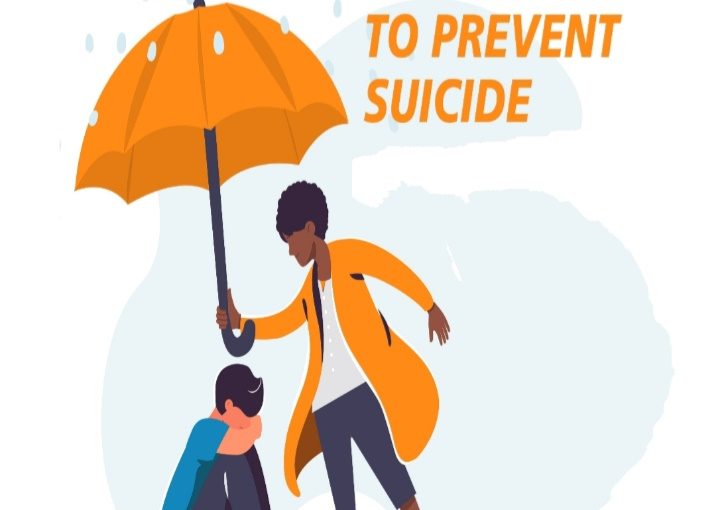 Can we work together to prevent suicides going the roller coaster way? Every 40 seconds someone dies of suicide. Let’s make an attempt to reach out to our brothers and sisters in need. Building resilience and improving the support systems and working environment is the need of the hour.

Suicide prevention is a collaborative effort and it starts with accepting the fact that suicide is a major public health problem and steps can be taken to prevent it. World Suicide Prevention day is yet another opportunity to reopen the dialogue on suicide prevention and examine our role in ensuring that we save lives and reach out to those in need of help around us.
According to the World Health Organisation every year there are eight lakh deaths due to suicide and 20 million attempted suicides. What is more alarming is that almost 80% of these deaths are in low and middle income countries like India and it is the third leading cause of death in the age group of 15 to 16 years. Much of this self-harm is impulsive.
In the current scenario, with the Covid-19 pandemic affecting each one of us directly and indirectly, there is an even greater need to promote wellbeing and resilience. Never let the stumbling blocks in your path make you feel it’s the end of the journey. Suicide does not end the pain, it passes it on to someone else. Suicide prevention needs community response, support, sensitive media reporting, local education at ground level about how to be aware of warning signs building up and how to take measures to bring relief and distract anyone who may be suicidal to look for help.
We all know of people around us who are young or old and who may have attempted to commit suicide. The medical profession itself has not been spared. According to statistics physician suicide rate is 1.41 times greater than in the general population. According to the Indian Journal of Psychiatry 30% of Indian doctors and physicians go through depression and 17% entertained thoughts of ending their life. While physicians reach out to others in in trouble times, they too need to reach out to their own colleagues.

The time has come to introspect and ask ourselves if we are making the necessary efforts to prevent someone from committing suicide in the future? Let’s work together to prevent suicide, the problem is real.

(Dr Amit Dias has been working in the area of Mental Health research for the last 20 years. He is faculty at the Department of Preventive and Social Medicine, Goa Medical College and In Charge of the Rural Health and Training Center at Mandur.)

Post the tragic mystery suicide/killing (yet to be proved) of much loved actor Sushant Singh Rajput in Mumbai a lot of folk are asking…why, why, why? Come to think of it in India today there’s a suicide a day! Are more and more people feeling like committing suicide with growing disenchantment with life and the struggle to make ends meet?
Goan Observer asked around and got some amazing replies…

ASLAM KHAN,
car driver
I was in love with this girl who was from same caste but my mother was against me marrying her. So one day I drank strawberry flavored phenyl at 2 o’clock at night to end my life. My mother saw me and she started crying, also my three brothers and father…but my mother shoved her fingers in my mouth to make me vomit…end result was I lived and am engaged to the girl who I will marry next year!

PANKAJBALA R
PATEL, journalist
LUCKY are those who’ve never felt like committing suicide! Few are so lucky. You will say it’s nothing to do with luck. It’s to do with who’s pulling the strings of life and we’re mere puppets in their hands. The first time I felt like committing suicide was when in 1970, my father – we were living in Penang, Malaysia – decided to pack me off to Bombay to get married. No questions asked. I was 20. I came to Bombay, didn’t get married, grew up in a hurry.
Living in hostels on terribly blue days instead of committing suicide I wrote a short story on different ways I might like to commit suicide. The story published in the magazine `Onlooker’ (edited by a young Rajan Narayan). Lots of dark, murky water flowed under the bridges as I shunned marriage for some 30 years, no man was worth it!
Then I got married in my late 40s in a hurry and never looked back. The rest is history. Once again post-Sushant Singh Rajput suicide or murder mystery, I’m thinking how it’s a series of decisions we take which bring us to a point of contemplating suicide. We’re all in it together and I certainly do think that abetment to suicide is akin to killing someone! Depression, inability to sleep, anxiety, disillusions, anger with the powers-that-be is huge, worse than coronavirus.
This is where luck (some say karma) comes into play, what kind of relatives and friends we have? I will only say as a society we’re becoming more insensitive , we lose our way in the sands of time unable to reap happiness.

RADHIKA DESAI, homemaker
Only homemakers feel like committing suicide! I had tried committing suicide when I was 13 or 14 for petty reasons like I was angry because I was told to wash utensils, to do housework at night…so I entered the kitchen and I put some Ratol in a glass of water, portion what you put on toothbrush…drank it. It was horrible taste. Then I regretted and knew what to do, put my fingers in my mouth and vomited, I thought I would die but I didn’t die. I just felt bad in my mouth for two days, the taste just wouldn’t go away. I didn’t tell anyone because if I told my mother she would have given me a nice beating!

He is dead.
She is in jail
What went wrong
Where did they fail?

They were both middle class
In a way they were the same
Bright and intelligent
Just looking for money and fame.

They just chose the wrong set
Of people around them
So totally unaware that
It could lead to mayhem.
The glitz misled them
The ‘friends’ were all fake
Dope and substance abuse
All for ‘keeping up’ sake.

The big guys are out there
Having parties and fun
Who cares if families are broken
They are safe, they do not have to run.

So maybe we should tell our kids
To dream and dream high
But check their own parachutes
Before they take off for the sky.