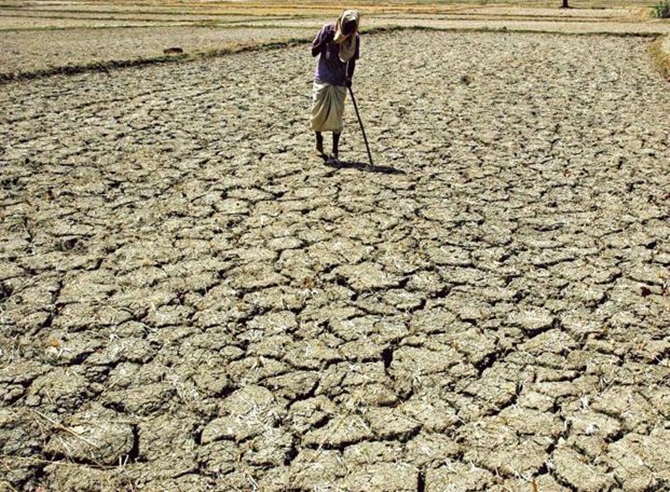 SSR: Thousands of farmers in Bihar have committed suicide not because their dreams will not be fulfilled but because they could not return the loans they had borrowed for farming.

The three farm bills passed by Parliament depriving food items of their essential category status will increase the number of suicides among farmers…..

The upper house or Rajya Sabha passed two of the bills on Sunday in a charged session. The bills will become laws once the president approves them, which is a formality at this stage.
Opposition parties accused the government of flouting parliamentary procedure by passing the bills hurriedly and not listening to their demand of sending the bills to a parliamentary committee for further deliberations.
The row led to the suspension of eight opposition members, who staged a sit-in outside the parliament through Monday night.
But beyond the political fracas, the bills have also split opinions – while Prime Minister Narendra Modi called the reforms a “watershed moment” for Indian agriculture, opposition parties have termed them “anti-farmer” and likened them to a “death warrant”.
Angry and worried farmer groups see them as unfair and exploitative. Pro-reform economists have partly welcomed the move, but say it’s a piecemeal approach that is unlikely to do much.
What exactly do the bills propose?
Taken together, the reforms will loosen rules around sale, pricing and storage of farm produce – rules that have protected India’s farmers from the free market for decades.
They also allow private buyers to hoard essential commodities for future sales, which only government-authorised agents could do earlier; and they outline rules for contract farming, where farmers tailor their production to suit a specific buyer’s demand.
One of the biggest changes is that farmers will be allowed to sell their produce at a market price directly to private players – agricultural businesses, supermarket chains and online grocers. Most Indian farmers currently sell the majority of their produce at government-controlled wholesale markets or mandis at assured floor prices.
These markets are run by committees made up of farmers, often large land-owners, and traders or “commission agents” who act as middle men for brokering sales, organising storage and transport, or even financing deals.

It’s a complex system underpinned by regulations, and a host of personal and business relationships.
The reforms, at least on paper, give farmers the option of selling outside of this so-called “mandi system”.
So, what is the issue?
The issue is that it’s unclear how this will play out in reality. For one, farmers can already sell to private players in many states but what these bills do is offer a national framework.
But farmers are mainly concerned that this will eventually lead to the end of wholesale markets and assured prices, leaving them with no back-up option. That is, if they are not satisfied with the price offered by a private buyer, they cannot return to the mandi or use it as a bargaining chip during negotiations.
“First, farmers will feel attracted towards these private players, who will offer a better price for the produce. The government mandis will pack up meanwhile and after a few years, these players will start exploiting the farmers. That’s what we fear,” Multan Singh Rana, a farmer in the northern state of Punjab, told BBC Punjabi.
The government has said the mandi system will continue, and they will not withdraw the Minimum Support Price (MSP) they currently offer. But farmers are suspicious.
“This is a death warrant for small and marginalised farmers. This is aimed at destroying them by handing over agriculture and market to the big corporates. They want to snatch away our land. But we will not let them do this,” Sukhdev Singh Kokri, a farmer, told BBC Punjabi.
The protests have been the strongest in Punjab and neighbouring Haryana state, where the mandi system is strong and the productivity is high – so only the government has been able to buy that volume of produce at a set price.
“Giving the freedom to the farmer to sell outside the mandi system, to whoever, is a welcome step, in unshackling the farmer,” says economist Ajit Ranade.
“But you need the mandi system to coexist with private trading system. Perhaps the government needs to come out with a written law that they will not withdraw the MSP or the mandi system.”
Other analysts also say that much greater reforms – in land use for instance – are needed to give private players any real clout.
India still has stringent laws around the sale and use of agricultural land, and high subsidies that protect farmers from market forces.
Why has it caused such a political row?
Farmers have long been a crucial voting block for parties, and the controversy has certainly divided the parties.
But the row is partly also the result of the manner in which the two bills were passed.
Despite repeated requests from the opposition, the governing Bharatiya Janata Party (BJP) refused to extend the debate over the bill to the next day, or refer it to a special committee, where members could discuss it and refine it further.
Even as pandemonium erupted – opposition MPs stormed the well of the house, threw their microphones, tore up papers – the deputy chairman of the house, who is an MP from a party that supports the government, chose to go ahead with the vote.
But, to the ire of the opposition, he conducted a voice vote rather than a physical ballot. The latter, which allows individual MPs to cast their vote, is more accurate. The voice vote, opposition MPs alleged, was not just rushed but also unclear – in the din of the protest, they say, it was hard to determine if the BJP had enough votes to pass the bills.