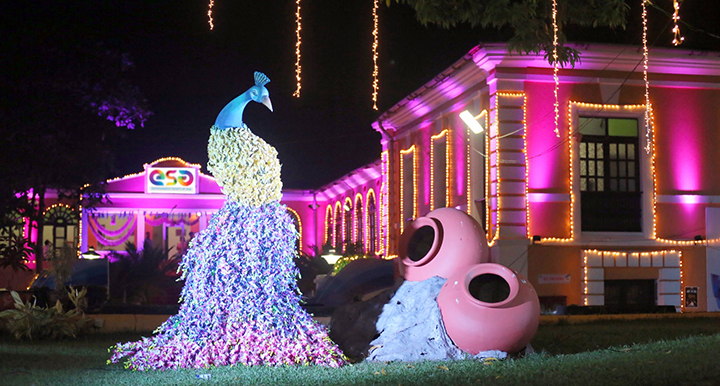 It is clear now that the 51st edition of popular cinematic event – IFFI or The International film festival of India will not be held in November this year but has postponed to early next year from January 16 to 21, 2021. At first Goa Chief Minister had announced that IFFI would take place as usual but due to the background of Covid-19 it was decided that it would not be IFFI as usual.
Reportedly this was decided after Information & Broadcasting Minister Prakash Javadekar spoke to the CM and it was decided to postpone the festival to January and plan for a hybrid format this time around. There will be an official digital platform along with theatrical screenings during the festival but all Covid-19 precautions like sanitization and safe distancing will be observed by delegates and visitors.
Although it is still unclear under the circumstance how many will register for IFFI attendance this time around. IFFI had become an annual event in Goa from 1975 onwards and it is organized by the Directorate of Film Festivals in association with the Entertainment Society of Goa annually. I & B secretary Amit Khare has announced the freshly dated IFFI will be dedicated to filmmaker Satyajit Ray as part of his birth centenary celebrations. From the sound of it though it will be a less crowded IFFI coming and it’s left to be seen how one of Goa’s premier and much loved event will be showcased early in January next year.

The Directorate of Education has asked schools to conduct special PTA meetings online or offline to crete more awareness amongst parents on how the forthcoming festival season should be observed with all Covid-19 precautions in place. This is part of the Central govenment’s Jan Andolan campaign. Director of Education Santosh Amonkar who was addressing all government, aided and unaided schools, and stressed that Covid-19 fears can be put to rest with appropriate behavior which is paramount importance amongst all stakeholders. In this respect he urged the PTA meetings online or offline to put into place precautions for the celebration of the Dussehra-Diwali festivals. Nobody wants a fresh spurt in Covid-19 cases and in this respect every citizen in Goa should co-operate towards creating a safe and secure environment for all in public places.

WILL IIT-GOA get permanent home?

It is anyone’s guess if the new Indian Institute of Technology (IIT)-Goa will come up in Goa or not given the controversies of corruption surrounding it and the fierce passions it has aroused. BJP spokespersons are blaming its former Sanguem MLA Prasad Gaokar and say he is responsible for failing to provide land in his constituency at Sanguem; instead of resigning in a huff he should have taken initiatives to win the people of Sanguem over for the prestigious institution to take shape. What’s the point of hiding his failure and now making statements that he welcomes IIT-Goa in Sanguem!