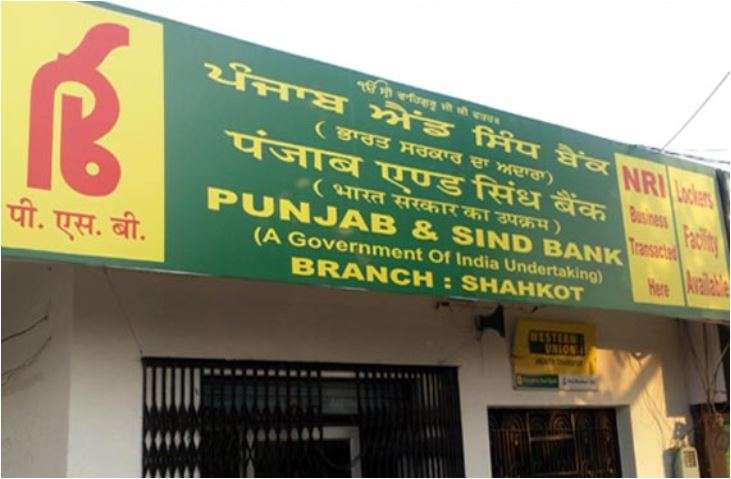 CHEATS: The Punjab Sindh Bank for instance has defrauded depositors of Rs 38.19 crore and even issued loans to the dead!

An increasing number of Indians including Goans are losing faith in nationalized banks, where the rate for fixed deposits has come down to 2.8 % to 4%. Since banks cut TDS at source the interest returns are even less. Which is what is driving people to invest with top credit societies. Find out who the directors are before you deposit any money in a credit society. Just because it has the name of some gods or famous leaders or filmstars does not mean that they are worthy of your trust!

In the last 15 months, three major Indian banks have gone into the red, crumbling under a mountain of bad debt. This has prompted many experts to ask questions about the financial health of Indian banks. The BBC’s Aakriti Thapar reports.
“Our business was first hit by Covid-19, and we had no income for two months. Just recently, we couldn’t access our savings or carry out day-to-day transactions because our bank got into trouble. We didn’t know how to pay our staff,” said 50-year-old Mangilal Parihar, a depositor at the privately-owned Lakshmi Vilas Bank.
He owns a small convenience store in a suburban area of Mumbai.
Traditionally, Indians have chosen their banks based on two factors: attractive interest rates on saving schemes, and proximity of the branch to their home.
Mr Parihar chose his bank accordingly. But the Reserve Bank of India (RBI), the country’s central bank, placed the 94-year-old Lakshmi Vilas Bank under moratorium last month and restricted withdrawals for depositors to $335 for one month owing to the bank’s failing financial health.
An account holders of the Punjab and Maharashtra Co-operative Bank (PMC Bank) shout slogans during a protest against Reserve Bank of India (RBI) in Mumbai, India on 30 October 2019.
Mr Parihar says this isn’t the first time that his money has been in jeopardy. Eight years ago, his savings were stuck for two years when a local co-operative bank went under.
Lakshmi Vilas is the third bank to meet this fate in the last 15 months.
In September 2019, Punjab and Maharashtra Co-operative Bank (PMC) went under, and the bank is currently being investigated for fraudulent loans worth $600m. In March this year, restrictions were imposed on India’s fifth-largest private bank, Yes Bank, after it failed to raise capital to erase its bad debt.
The RBI was quick to bail out both Lakshmi Vilas Bank and Yes Bank – it merged the former with DBS, Singapore’s biggest bank, and injected capital into the latter. But depositors of PMC bank are still awaiting relief.
‘We lost our money and then our son’
One of them is 53-year-old Vidya Merwad. Fourteen months after the bank went under, Ms Merwad, who works as a home tutor, says the family is currently living off money borrowed from her elderly mother. All their savings had come from her husband’s auto repair company and her work. But now, plans for their daughter’s studies in Germany and son’s wedding have been put on hold.
“Our entire life savings have been wiped out in one shot. How are we supposed to live?”.
Although the RBI has gradually increased the withdrawal limit for depositors, many such as Ms Merwad, say it’s still far below what they require.
So, what is causing these banks to fail?
It’s no secret that Indian banks have been under great pressure in the form of corporate loan defaults over the years – they’ve had to write off debts worth tens of billions of dollars.
Many economists call it a “legacy bad debt problem”, and have said liberal lending by banks to businesses has added to India’s pile of bad loans. RBI’s former governor, Raghuram Rajan, has said the main reason behind the bad loans is the “over-optimism and irrational exuberance” of bankers.
“The collapse of banks must be looked at in the context of the current economic situation. India has been in an economic slowdown [further compounded by the Covid-19 crisis] which has led to a pile-up of bad loans,” explains Brinda Jagirdar, former chief economist of the State Bank of India or SBI, India’s largest state-owned bank.
“Another reason for bad loans may be poor corporate governance, mismanagement and lack of board oversight within banks. This problem can be solved by having greater accountability at all levels,” Ms Jagirdar added.
She said that despite such setbacks, the Indian banking system is on a sound footing – systems and processes have been strengthened and streamlined over the years. In 2016, India passed its first bankruptcy law designed to try and help lenders recover debt.
But that hasn’t allayed depositors’ fears.
Jalaja Mehta, a business executive, suffered a double whammy after two banks in which she held accounts – PMC and Yes Bank – went under in quick succession.
“I can’t help but think that I should deposit only small amounts in the bank now and keep a large chunk of my savings with me at home,” Ms Mehta said.
Coutersy:www.bbc.com