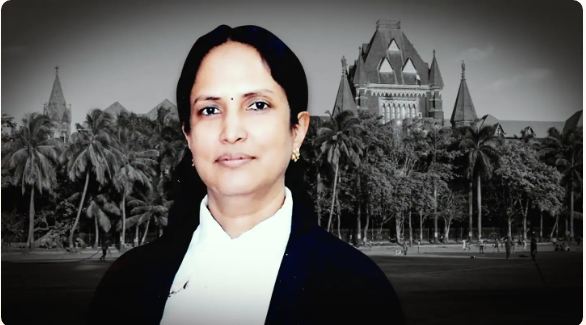 SEXUAL: Soon after her confirmation as full-fledged judge by the SC, Pushpa Ganediwala gave a series of improper judgements such as it would not be molestation if there was no skin-to-skin contact. She also acquitted a man convicted by the District Court for holding a girl’s hands and pulling down the zip of his pants before her. Subsequently, she acquitted several others convicted of rape, giving them the benefit of doubt. The Advocate General of the Government of India himself brought the skin-to-skin contact judgement to the attention of the present Chief Justice SA Bobde, who took prompt action demoting the Nagpur HC bench judge.

The controversial judge of the Nagpur Bench of the Bombay HC Justice Pushpa Ganediwala, who was demoted to additional judge soon after she was confirmed as a full-fledged judge, has been granted only one year tenure as additional judge. As additional judge she cannot pass insensitive verdicts like the skin-to-skin contact judgement case…

The Bombay High Court’s judge Justice Pushpa Ganediwala, who had delivered two controversial verdicts in sexual assault cases, on Saturday took oath as the high court’s additional judge for one more year. Justice Ganediwala’s earlier tenure as an additional judge of the Bombay High Court ended on Friday.
Justice Nitin Jamdar, the senior-most judge at the Nagpur bench of the Bombay High Court, administered the oath of office to her. The oath-taking ceremony was attended virtually by the Bombay High Court’s Chief Justice Dipankar Datta.
Last month, the Supreme Court collegium had withdrawn its approval to a proposal for the appointment Justice Ganediwala as a permanent judge of the court following her two controversial verdicts. The collegium had recommended that she be given a fresh term as an additional judge for two years.
However, the government issued a notification on Friday saying she has been given a fresh term as an additional judge for one year. Additional judges are usually appointed for two years before being elevated as permanent judges.
The decision was taken after the judge faced flak for her interpretation of sexual assault under the Protection of Children from Sexual Offences (POCSO) Act. Justice Ganediwala had recently acquitted a man accused of groping a 12-year-old girl’s breast because he did not make any “skin-to-skin contact” with the minor and days earlier, ruled that holding the hands of a five-year-old girl and unzipping the trousers do not amount to “sexual assault” under the POCSO Act.
On January 27, the Supreme Court stayed the Bombay High Court order acquitting the man after Attorney General K K Venugopal said the order would set a dangerous precedent. The collegium headed by Chief Justice S A Bobde, at a meeting held on January 20, had okayed the proposal for making Justice Ganediwala a permanent judge.
Besides the CJI, justices N V Ramana and R F Nariman are part of the three-member collegium, which takes decisions with regard to high court judges.