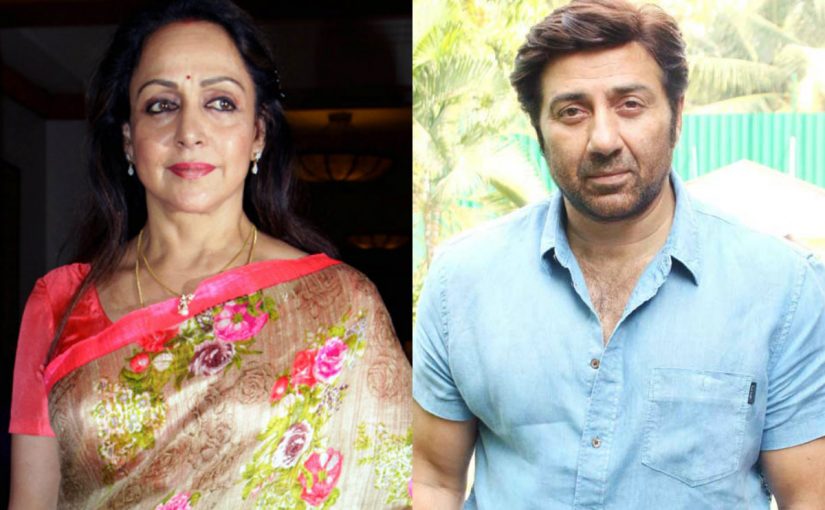 SILENT: Contrary to the impression given in our last issue dated February 13, 2021 neither Sunny Deol nor his father Dharmendra or his stepmother Hema Malini have expressed any support the farmers on a protest strike in Delhi

It is been pointed out to us that Sunny Deol whose photograph we carried in the last issue as supporting the farmers agitation is a BJP Member of Parliament in the Lok Sabha, while his stepmother Hema Malini is a member of Rajya Sabha. So neither are supporting the farmers protest while Dharmendra, the father of Sunny, remains silent though he is living the life of a farmer in Lonavala…

MY association with Dharmendra Singh Deol (Dharmji) has been very long and strong. We have met in Mumbai and in different parts of the country and discussed various subjects like films, his roles, his sons, his marriages and the yellow press (which is what the Godi Media is today). But the one subject that he was obsessed with was the Indian farmer and his problems . He loved calling himself “son of the soil” and talked about his dreams of going back to his village in Sanewal in Punjab and start working as a farmer.
He, however, became such a big star that he could hardly find any time to visit his village where he still has his old bungalow built by his ancestors. But his dream to return to his roots continued to live with him.
He bought a huge piece of land in Lonavala, the hill station close to Mumbai, where he built his farmhouse and nurtured his farm where he grew different kinds of grain, vegetables, fruit and has a livestock of goats, buffalos and poultry products. He used to visit his farm and work on it whenever he had the time.
But, it was during the Covie-19 lockdowns that he moved to his farmhouse, and has been living there for the last ten months and has not been thinking of paying a visit to his house in Bombay, because his family doesn’t want him to take any risks because of his age (it is difficult to believe that the He Man of Hindi films is now 85 years old). But he has been keeping very busy working with his people on his farm. It has been a very healthy sight to see him working in ploughing his fields, driving his tractor and reaping the harvest and plucking fresh vegetables and fruits and showing them on his Facebook page with child-like pride
But he seems to be a very disturbed man ever since the protests of the farmers all over Delhi. He has been appealing to his “farmer brothers” and the government to find solutions to the problems faced by the farmers due to the three “ black laws.” But what has been happening after January 26 is something that has shaken up the Garam Dharam. It all began with the needle of suspicion pointing out at the young Punjabi actor Deep Siddhu for inciting the riots at the Red Fort. Matters took an ugly turn when the media went wild about Deep Siddhu being a close associate of Dharam’s elder son Sunny Deol. His campaign manager was Siddhu during the Lok Sabha elections when Sunny had unexpectedly decided to fight from the Gurdaspur constituency in Punjab, which Sunny won with a thumping majority. Sunny said he had broken off all ties with Siddhu, but his name continues to be linked with Siddhu who has now been arrested. There is talk about his being tried for sedition which again leaves Sunny on fiery ground and it is still too early to say what the outcome will be.
Dharam is keeping a track of the developments but it doesn’t take a very clever man to know that as a loving father he is a shattered man.
To add to the tension of Dharamji, his younger son Bobby was stopped from shooting in Patiala by protesters and the unit of the film had to call off the shoot and return to Mumbai. Media, especially the Godi media, is not sparing Dharamji in its attacks and so are some of the protesters. The fact that Dharam’s second wife Hema Malini is also a leader of the BJP is not going in favour of the “dharti ka putar” and this is another cause for worry for him; he himself was the BJP MP from Bikaner for one term, after which he realised that politics was not for him.
And in the midst of all his turmoil there is a section of farmers who strongly and emotionally feel that one visit by Dharamji to the Singhu, Tikri and Ghazipur borders could work like a very strong healer and could make the farmers happy and the government worried.
What will the future be? Que Sera Sera!

Mumbai-based Ali Peter John is a veteran film journalist, former Editor who worked for Screen, the film weekly of the Indian Express Group, for over 40 years, and has seen the highs and lows of tinsel town.