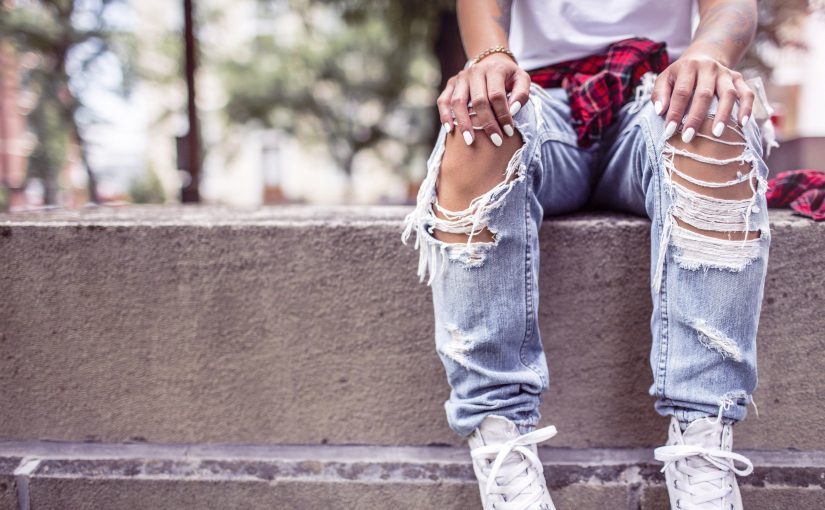 DESTROYED: Goa which was a green secular liberal oasis in the concrete communal jungle of India has lost his soul. Domestic tourist torn jeans have taken over the beaches. They would not dare dress like this in their home town.

The soul of Goa has been destroyed over the last three decades. The relocation of a large number of outsiders from Delhi and Mumbai and the continued influx of migrants has destroyed the character of Goa. Instead of Charter British tourist Delhi socialites on high heels dressed to kill have taken over the beaches.

THIS year marks 60 years since Goa, a forgotten estado of Portugal, became part of India. It would be interesting to trace the changes that have taken place in this little region and to portend the future path that it would take in the years to come
On December 1961, on becoming part of India, Goa was thinly populated and was connected to the rest of India, though one railway line that entered into the territory through Castle Rock in the east. The other major entry points were from the north through Banda in Maharashtra and in the south from Karwar. There was also a sea link from Mumbai to Panaji – albeit a skeleton service.
Thus, Goa in a manner was cut off mainstream India, and under 451 years of Portuguese colonial rule, developed its own unique cultural traditions. Goa was indeed a paradise, where time literally stood still and its villages lived in eternity away from the madding crowd!
While today all that was Portuguese is being condemned as alien and colonial, Goa had several unique laws. The social registry of births, deaths and marriages were well documented. Property and rights over land were well documented. A unique system of property ensured that daughters and women in general received their rightfully share in any ancestral property.
Upon marriage a couple brought in common property and in case of divorce, the property was shared equally between the spouses. In fact, this unique model of property sharing was subsequently introduced into the Income-Tax Act by Finance Minister Chidambaram during his tenure in power at the Centre. Called the “communion dos bens” Goan couples were permitted to declare an equal share of profits of their business under Section 5A of the Income-Tax Act.

ON the social front, while there was a dominant Western culture, given the Portuguese influence, the other communities comprising both Hindus and Muslims were not discriminated against in anyway. Goa remained immune to the communal riots that took place in India, beginning from the late ‘40s of the last century and continuing till the end of the century and sadly into this new one of the 21st century. There was a common respect for the different religions and participation of all communities in each other’s festivals was a symbol of unity.
While Portuguese was the language of the administration, most of the educated were acquainted with the language. Among the locals Konkani was the popular language of communication and the medium of the arts especially the “tiatr” — local theatre. Goans have a musical sense and most Western as well as native folk music continues to entertain the local populace.
It is true that there was little by way of development. Most of the villages were stuck in a time frame, with little by way of development. Even the towns had rudimentary infrastructure and facilities. 1961, witnessed a dramatic change for Goa. In the initial years of its liberation, the dominant process was whether it should become another district of Maharashtra or retain its unique identity.
The Maharashtra Gomantak Party (MGP) elected to power, in cahoots with politicians in Maharashtra, were actively campaigning for Goa being a part of Maharashtra. It was at this juncture, that certain spirited Goans took up the challenge and urged the Central government to conduct a poll to decide the issue.
The Goan Opinion Poll was held on the January 16, 1967. Although called an Opinion Poll this was indeed, a referendum, since the results were binding on the government at the center. The referendum was essentially to decide whether Goa should continue to be a Union territory or merge with the state of Maharashtra.
While the MGP was for the merger of the territory with Maharashtra, the United Goan Party (UGP) was for continuing to be a Union territory. The result was 54.20% for continuing as a Union territory with 43.50% of the voters for merger. The Opinion Poll, however, did not grant statehood to the territory. Subsequently, Goa became a state on May 30, 1987.

HAS Goa changed after 60 years of it becoming a part of the country? The answer is obviously, YES. In fact, Goa has changed considerably. In the early 60s, 70s and 80s, Goa although a state, its size enabled most people to interact and know each other on a personal basis. In those years, Goa lived in its villages. The main towns of Panaji, Margoa Ponda and Mapusa, were mainly where Goans came to work but went back to their home villages at the end of the day. Government processes were simple and corruption was almost nonexistent.
With the introduction of the Konkan Railway trains and the linkage of the national highways through Goa, there was a steady migration of population from the surrounding regions, as also from different states of the country. Many of these migrants were indeed welcome since they brought into Goa, their skills and services that were not easily available in Goa. With carpenters, masons and bricklayers coming in from Karnataka and Hyderabad, most of the construction sites had workers from out of state. With migration, many of the trades and services that were not carried out by Goans, were now done by the migrants who flocked to the state.
With development, there has been considerable damage to the ecology. On its eastern side, Goa is perched on the western slopes of the Western Ghats. Much of this forest land has however been denuded as well as stripped of its mineral wealth due to unrestricted mining. Since 2018, when the Supreme Court cancelled 88 mining licenses, much damage had already been done to the ecology of hilly part of Goa. It is sad, that while mining was allowed to continue by the Government, only a few families benefitted from this largesse. The destruction and degradation caused to the green environment and eco-systems was ignored.
In the 60s Goa was an unknown destination to tourists. The sea-side towns were mainly fishing villages, habited by the fishing communities which went out each day in their boats and landed with fish for the local market. There were no big hotels or restaurants or places of amusement in these towns. The Goan beaches were first discovered by those sun and surf seekers from the west — the “hippies.” They were the early “tourists” who discovered and explored the then wildly sand-duned broad beaches of Baga and Calangute; before moving progressively further north to other lesser-known beaches.
Subsequently in November 1983, when the Commonwealth Heads of Government meeting retreated in Goa for its conclave, much of the world began to take note of Goa. Soon to cater to the rush of tourists that came to Goa, then took place the rush to build tourist accommodation in the villages – resorts, guest houses, hotels sprouted all along the coast, without much planning or infrastructure in place.
As a result today we see how most of the coastal villages have been destroyed with a high rise of constructions without foresight. What will happen when the tourist bubble bursts as is happening now?
Yes, over the decades, there has been a significant change in Goa. It is true that Goa has developed in infrastructure, and levels of income. However, much of the Goan culture, its soul, its ethos as well as natural resources, have been destroyed and still in the process of being destroyed. To many Goa is no longer the Goa that they knew mid-last century. Goa has greyed considerable, in the name of progress!
(Arvind Pinto is retired as a Chief Income-Tax Commissioner and is now Standing Counsel for the IT Department in the Bombay HighCourt)