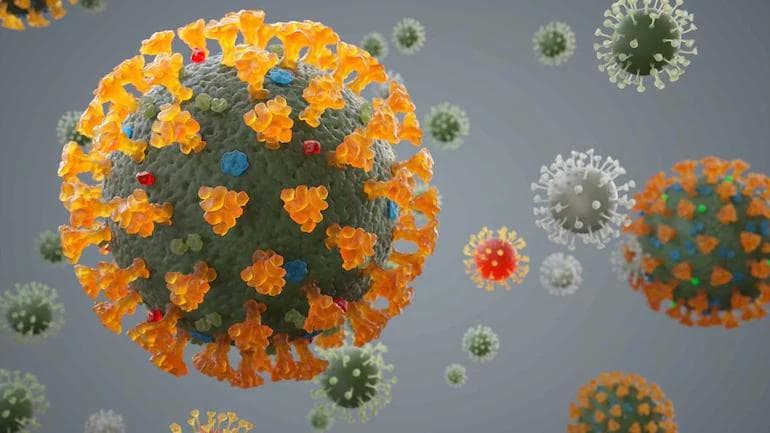 RESISTANT: Existing vaccines like Covishield or even the new ones such as Moderna and the vaccine created by Pfizer are not effective against delta plus. Research reveals that even the cocktail marketed by Rosh cannot fight delta plus.

The deadly variant Delta plus which is claimed to have originated in India is delaying the unlocking in the UK. The Delta plus is resistant to existing vaccines and causes inflammatory disease.

As nations race to roll out vaccines in the global effort to contain Covid-19 and allow for a return to normal, the rise of dangerous virus variants threatens to prolong the pandemic. In the U.K., the spread of the so-called delta variant, first identified in India, has led officials to send military personnel to hotspots and prompted the government to reconsider easing Covid restrictions on June 21 as planned. Here, Sam Fazeli, a Bloomberg Opinion contributor who covers the pharmaceutical industry for Bloomberg Intelligence, answers questions about the risks stemming from this variant and more. The conversation has been edited and condensed.

What sets the delta variant apart from other variants and what makes it so concerning?
The Sars-Cov-2 delta variant, also known as B.1.617.2, is a so-called variant of concern like others we have seen before including “alpha”(first found in the U.K.), “beta” (first identified in South Africa) and “gamma” (discovered in Brazil). Two factors set delta apart and make it potentially the most dangerous to date: First, it has about a 40% higher transmission rate compared with alpha, which already had a 50% higher transmissibility than the original strain of the virus. This is clearly visible in the data coming out of the U.K., which shows that the delta variant went from accounting for 1% of all cases in early April to 70% by mid-May. It will likely almost completely replace the alpha variant by the end of June. The higher transmissibility is also clear from the increase in the number of cases across the U.K. Second, it is also believed to cause more severe disease than alpha, translating to a further rise in the percentage of positive cases that require hospitalization, despite the fact that the infections are in younger people. This second problem of increased severity had not been confirmed with any other variant to date.

Does the delta variant respond to vaccines? Is there any data about which vaccines may work better against it?
What is rather surprising about delta is that it has lost the key mutation that had people worried about the beta and gamma variants (to get technical, it’s the one in position 484 of the amino acid chain of the spike protein of the virus). This is one of the mutations that contributed to the loss of response to some antibodies, including those produced by the vaccines. We do know that delta is less sensitive than alpha to antibodies generated by the vaccines, and at about the same level as beta. Also, data from Public Health England shows that the first dose of the Pfizer Inc.-BioNTech SE and AstraZeneca Plc vaccines provide only about a 30% protection against delta, though this rises to at least 88% after the second dose of the Pfizer vaccine and 60% after the second dose of the Astra vaccine (this is likely to rise with more time for second doses to take effect in Britain). These levels of protection are lower than what has been seen against the older variants such as alpha, but they still show that two doses of vaccines work pretty well against the delta variant. The real risk is when you consider the broader population, where many people are either unvaccinated or only have one dose of the vaccine, combined with delta’s higher transmissibility and disease severity.

Where is it in the world?
This is not an easy question to answer because the level of genomic surveillance is low in so many countries. Based on data from GISAID, a global effort for sharing and tracking information on viruses, the U.K. has the highest proportion of the delta variant outside of India, at 70% of its cases. The U.S. is showing about 5% (and growing) and Germany is at about 2%. Italy and Spain are each at about 3% to 5%. The issue is that many of these countries are going down the road of opening their economies while their full vaccination levels have yet to hit the critical 50% to 70% required for controlling virus spread.

Should the U.S. or countries in the European Union worry about it as much as the U.K.?
The spread of delta is already out of control in the U.K. But other countries appear to only be at the early stages. I think the best any country can do, where the virus variant is already present, is to vaccinate as fast as possible, while increasing testing and genomic surveillance. Otherwise, the first indication of a problem will be an increased rate of positive cases. The U.K.’s situation compared with Israel throws a spotlight on why the delta variant is such a problem. Israel managed to get its cases under control when it reached about a 50% vaccination rate among its entire population. Despite the fact that the U.K. achieved a 42.3% a vaccination rate, its case counts have started to rise rapidly in the past two weeks because of a combination of early reopening and the spread of delta. And incidentally, the U.S. vaccination rate is similar to the U.K.’s, so there are risks there, too.

Why is the U.K. sending the military to the hardest hit regions? To scare people into social distancing? Or is the military able to do something with delta that normal health professionals can’t?
I have to assume it’s all about getting as many people tested as possible, which requires shoes or boots on the ground. With enough testing and increased vaccinations in hot spots, the spread can be better controlled, allowing the government to remove all restrictions. However, I not only think that the June 21 relaxation of all restrictions will have to be delayed, but it’s also possible some earlier loosening steps, such as allowing indoor dining, may need to be reversed to stop the spread of delta.

A lot of the focus has been on the U.K. , but the biggest danger from more transmissible variants is to the many parts of the world where vaccination rates are very low, right?
Absolutely. If you sum up everything that I mentioned above, especially the effectiveness of the vaccines against delta, the best solution, aside from a severe lockdown, is to test, isolate positive cases and vaccinate.

Can the virus mutate again to become even worse?
Oh sure, and it almost certainly has already. Many mutations do nothing or actually hinder the virus. In the case of delta, though, high levels of transmission combined with a partially vaccinated population increases the risk of more people catching the virus and raises the risk of further meaningful mutations that could drive delta to further evade vaccine-induced immunity. As of now, the depth of the vaccine-induced immune response to the virus is strong enough such that those fully vaccinated will be much less likely to develop severe disease. But that still leaves a whole swath of the population at risk. This is why I cringe when I hear that 30% of U.S. adults don’t want to be vaccinated.
What does it mean for parents of children and young adults not eligible for vaccination yet? Should they keep them on tight leashes this summer? Cancel any long-haul trips?
Children have so far been much less at risk of developing severe Covid-19 disease, though that doesn’t mean they are completely risk-free. As for adolescents, the vaccine is already available. But for those who can’t take it or don’t have access, there has to be continued use of non-pharmaceutical preventative methods, such as masking and distancing, until community cases are so low that the risk of contracting the virus is minimal. Also, we may have to rethink our risk assessments for children if the delta variant or some derivative of it or others proves to be worse for kids. We already know that more younger people are being hospitalized in the U.K. with the delta variant than with previous variants. The Sars-Cov-2 virus has so far been one step ahead of us. We need to regain the initiative, which is only possible with high levels of vaccination and continuous testing.