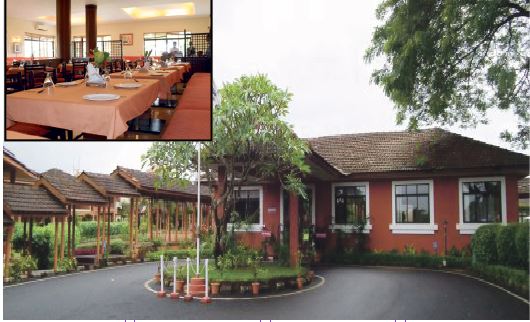 SHOCKED: Twice Manohar Parrikar invited me and my wife Tara for a private dinner at the International Centre Goa, both times the bill came home to us to pay.

In all the 40 years I have worked in Goa I have rarely visited the house of a single chief minister or minister except for the occasional birthday party. On the other hand most of Goa’s chief ministers from Ravi Naik to Digambar Kamat to Manohar Parrikar have visited my humble old basement flat Dona Paula where I lived for many years. Find out why they came to my flat!

THE first Goan chief minister I met was Sashikala Kakodkar. Early on I was only on a visit to Goa along with a group of journalists to study the Ramponkar Agitation led by the late champion of the fisher community Mathany Saldanha. As part of the visit a meeting was scheduled for us with Chief Minister Sashikala Kakodkar. In the first place we were not prepared for a gruff, masculine voice of the prime minister. When we asked about the poor status of fisherwomen in Goa she lost her temper and asked, “Have you seen the gold that they wear? Even I do not have so much gold!”
The reasons why the fisherwomen wear a lot of gold is perhaps because they consider this the safest form of investment and they do not trust men. The fishing community in Goa is more or less a matriarchal community. It is the men who cast the rampon and pull in the fishing nets. But the sale of the fish is done entirely by the fisherwomen in the local market places.
We do not know why only in Goa it is the men of the house who goes to do the shopping for fish in Goa. They probably enjoy the flirting they engage with the fisherwomen who want to sell their stock of fish at the highest rates they can get.
Sashikala Kakodkar had suddenly taken over the Goa government following the death of her very popular father Dayanand Bandodkar. The first chief minister of Goa, Dayanand Bandodkar, was so popular that even though the Maharashtrawadi Gomantak party lost the Opinion Poll, he was almost automatically elected as the chief minister.
It was Bandodkar who liberated Goans from the Saraswat Brahmin community who controlled the economy. He brought together all the lower caste communities of Goa under the umbrella of the Bahujan Samaj. The major mistake Goa’s first chief minister made was on insisting his daughter Shashikala get married to a Saraswat Brahmin, Kakodkar. Her husband was reportedly very corrupt. It was during the time of Shashikala Kakodkar that it was decided to permit a private bus operative to compete with the Kadamba public transport which was very dismal. The allegation one heard was that Kakodkar demanded huge amounts of money from private bus operators for licenses to ply their buses.
Much later, after she was virtually out of politics, I happened to meet Sashikala tai at the Mandovi hotel. I was having dinner with a then close friend of mine, GL Gidwani who was the managing director of Goa Antibiotics. The Kakodkar family turned up and occupied the next table. The children who were teens then were also there. I felt extremely bad for Sashikala’s husband Gurudatt Kakodkar, who was very abusive of his wife. Gurudatt joined our table and started hurling abusive at Sashikala. I still don’t understand why Sashikala who was a very strong person put up with it.

The majority of the other chief minister came to my residents. The basement flat in Dona Paula behind the police outpost which was given to me as quarters for editing the Herald. The basement flat has witnessed more drama then any other place I have stayed. Early in the morning at 7am, the then chief minister Ravi Naik turned up at my house. I was hardly awake and had not even had the cup of tea. I was leaving alone those days looks after by the late Ashraf who was surprise to see Ravi there.
For two hours neither Ravi nor I said a word. Both of us knew the reason why he had come to see me so early in the morning. The story goes that Ravi Naik was then with the Congress had a affair with the married daughter of Sulochana Kadkar. Unfortunately for Ravi he took his girlfriend to Ramada hotel owned by Sundar Adani. Ravi was not aware that Sundar had been secretly taping his heroic acts with Urmila. For some reason Sundar Advani sent the video cassette which is still in my bank locker to me.
After almost two hours Ravi ask me if I knew why he had come. I told him I could guess why he had come. Ravi ask me whether I had the video. I confirmed that I had the video. Ravi asked whether I am going to use it or give it to a national television channel? I told Ravi bluntly that since none of the parties concerned were upset about the affair, it was a personal matter and did not concern me. I pointed out that the mother-in-law seemed to have no objection. That the husband who was the shippee had no objection. So who was I to object? Needless to say Ravi Naik was very relieved.
HOWEVER, I had a condition. There was the village called Ivao village nearby which had no power or lights even three decades after Liberation. This villages was just below the Raj Bhavan. I told Ravi that under the electrification scheme for the poor I wanted every household at Aivoa village to get a power connection by the evening. I am happy to say Ravi Naik lived up to his promises.
But there was more drama that day. There was a new director general of police called Duria. He had issued instructions that if any journalist wanted to go up to the Adil Shah Palace to meet any officials or minister he had to fill a long form. Which will include your name, your father’s name and your grandfather’s name, etc. Normally till then senior journalists used to walk up casually to have informal meetings with ministers and officials.
I was the chairman of the Press Accreditation Committee. I got a call from Chief Minister Ravi Naik to attend a conference with striking journalists at the Adil Shah Palace. Those days I was on heavy doses of steroids. Steroids make you lose your temper and very aggressive.
When I reached the Adil Shah Palace the journalists were demonstrating outside the Adil Shah Palace about the filling up of forms to meet government officials and ministers. At the entrance I met Durga Charan Barik Duria. He started abusing me. This made me even more angry. We all went to the conference hall where all the ministers, the chief secretary, senior officials and the director general of police were. I asked Chief Minister Ravi Naik whether he had issued any such order demanding journalists fill a form before going up to the Adil Shah Palace offices. The chief minister denied issuing any search order. I asked the chief secretary whether he had issued any such order. He also denied having done so.
I raised my voice and said which (maha* madh*” had issued such an order? Duria was furious. He started shaking his fist at me and threatening me, “Bahar aao dekhunga tumko.” He gave the orders for me arrested and asked the Panaji police station to keep me in lock-up and torture me for 48 hours. Unfortunately for Duria he was not very popular with the police staff. He used to take money from them to buy whisky and entertain his friends.
When I went to the Panaji police station to lodge a complaint against Duria for threatening me, the then police inspector, Umesh Gaokar, stood up and saluted me for my guts. I went home but within 15 minutes the then DYSP Alex Rasquina came to my Dona Paula basement place. Rasquina told me that they had been ordered to finish me. Rasquina took me to the Trinity hospital and admitted me there. A patient in hospital cannot be arrested and put in jail. In the meanwhile, Ravi Naik had been contacted, and I got anticipatory bail.

DIGAMBAR KAMAT
THE next minister who later became chief minister, Digambar Kamat, came to visit me with industrialist Anil Counto. Apparently, the brother-in-law of Digambar Kamat was running a call girl racket at the Vistar hotel in Panaji. The then DYSP of Panaji Thorat was not aware of who he was. Thorat took the brother-in-law to the police station and had him thrashed. It was on all the newspapers the next day. Digambar Kamat had come to make a request not to carry anymore reports on the incident. The prostitutes were caught during the raid and escorted by police officers to Mumbai and Karnataka. Digambar pleaded that his brother-in-law Satish Lawande was engaged to be married and that his reputation would be affected. I agreed with the condition that there will be no harassment of DYSP Thorat. You cannot trust politicians. Thorat was given such a hard time that he had to resign from the police force, but he is now back in Goa. His father was the airport manager.

MANOHAR PARRIKAR
MANOHAR PARRIKAR became the chief minister in 2000 after toppling the Francisco Sardinha government. He earlier supported the Sardinha government to topple the Luizinho Falerio government. Immediately after the swearing in he came to my underground basement ground to take my blessings. He also invited Tara and me for dinner at the special dining room called Palkhi at the International Centre Goa. We reached the ICG at 8 pm. There was a lot of police check-up and security. There were only four of us.
Manohar Parrikar has his young with him and there was Tara and me. We had a long discussion on what should be done for the development of Goa. Within ten days Parrikar invited us for a second dinner at the International Centre. Absurdly, both occasions the bills for the dinner came to my Dona Paula basement flat. The second time I sent the bill to Parrikar. His logic was that the ICG wanted a grant of Rs5 crore from the government and therefore there would be no presentation of bill. But the restaurant was given out on contract. The contractor did not care what the ICG wanted and demanded that we settle the bills both times. We told the ICG director to collect the payment of the bills from Manohar Parrikar.

WHY WE FELL OUT WITH MANOHAR PARRIKAR? (to be continued next week)