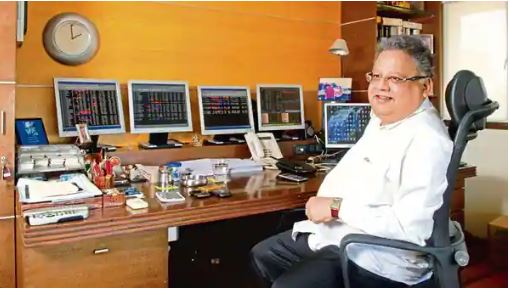 BIG BULL: Rakesh Jhunjhunwala was the big bull of the Bombay Stock Market. Everybody was afraid of him because he held huge amounts of stocks in various companies.

Rakesh Jhunjhunwala had an uncanny talent for identifying stocks which would shoot up to the ceiling. An example is the Titans stock which he bought at Rs 3 which is now valued at Rs 2,457 in 20 years. Rakesh believed in holding on to the stock instead of selling it then it started going down.