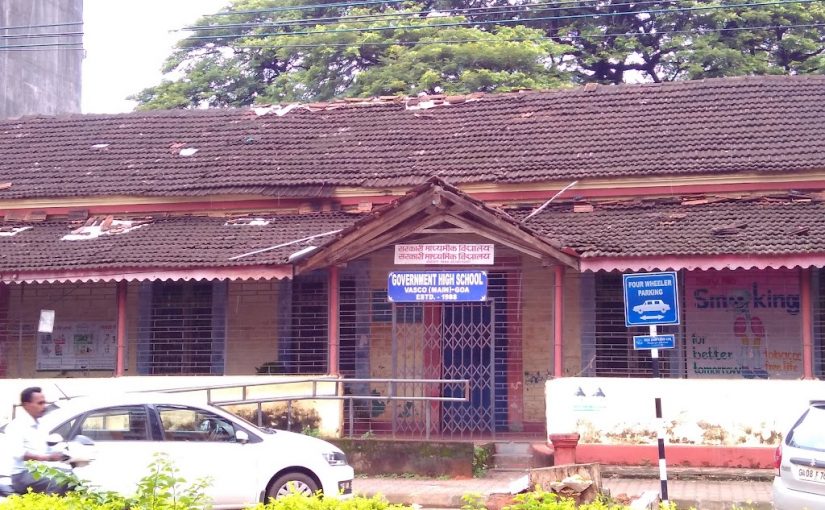 EMPOWERMENT: Bandodkar empowered the backward classes who comprised over 90% of the population of Goa by opening more than 1,500 schools. To encourage students to come to school he also introduced mid-day meals.

POINT OF VIEW
LOOKING from this point of view we would say it was Dayanand Bandodkar who liberated Goa in the real sense of the word. Unlike today’s politicians Dayanand Bandodkar was not interested in power, it was thrust on him. In fact, it was some Maharashtrian politician who was keen on merging Goa with Maharashtra, who persuaded him to form and head the Maharashtrawadi Gomantak Party. Bandodkar was not interested with merging Goa with Maharashtra. Indeed, Bandodkar was not interested in politics at all.
Bandodkar did not contest in the first election held in Goa in 1962. It was only subsequently, under pressure from the MGP which won the majority, that Bandodkar was persuaded to be the first chief minister of Goa, with one of the MGP MLAs resigning to give him his seat in the first Legislative Assembly. Interestingly, the Congress which thought that it would get all the 30 seats in the LA because it liberated Goa geographically, did not get a single seat.
Dayanand Bandodkar united all the underprivileged lower classes under the umbrella of the Bahujan Samaj. Before liberation 2% dominated over 90% of the poor sections of the population in Goa. This was true both of Hindus and Catholics. Goa was among the few states and the country where Brahmins in large numbers converted to Christianity — because they wanted to protect their property and their wealth.

PORTUGUESE COLLUSION
THE Portuguese colluded with the rich Hindus and Catholics to maintain control over the majority of the grassroots working population. Those times there was very little armed forces or police in Goa. It is the landlords both Hindu and Catholic who kept them under their thumb, namely, the poorer sections of their working class population.
UNLIKE the British and the Portuguese the upper caste Goans did not provide any education to the people of Goa. Education was a monopoly of the rich Catholics who had got education institution called the Lyceum for education in Portuguese. Even this was limited to the 12th standard and they would afterwards go outside Goa for higher education.
The only exception was the Goa Medical College & Hospital. This was set up not for the benefit of Goans but for the residents of the Portuguese colonies in Africa like Angola. It is true that some rich Hindu landlords did set up their own Marathi schools on their land but though everyone spoke Konkani, it was quietly considered the language of servants and working class.
The first act of liberation that Bandodkar undertook was setting up free government schools which were open to all classes. Whether it was a scheduled tribe or a Bhandari or a poder from any one of the 19 categories listed as backward classes in the latest census. Who would be given reservation of seats in elections and in engineering and medical colleges.

TEACHERS FROM MAHARASHTRA
WITHIN a year Dayanand Bandodkar had set up 1,500 Marathi schools. Most of the teachers were from Maharashtra as there were no teachers in Goa. The setting up of schools liberated the poorest of the poor and the most backward section of society in Goa.
Dayanand Bandekar also abolished the devadasis system which prevailed in all the big temples like Mangeshi, Shanta Durga, etc. Under this system girls from the poor families were dedicated to temples and taught music and dance. In practice, they also doubled as the mistresses of the big landlords. But to the credit of these landlords the did look after the children they fathered from the devadasi women.
It was rumored that the father of the late Lata Mangeskar, Dinanath Mangeshkar, after whom the Kala Academy indoor auditorium is named, was the son of a devadasi. He reportedly suffered badly in Goa at the hands of the upper class and therefore migrated to Indore. Lata Mangeshkar was not born in Goa but in Indore. She also never wanted to perform in Goa and never did. The only function she attended in Goa was the inauguration of the indoor auditorium named after her father Dinanath Mangeshkar. Goans may take great pride in Lata Mangeshkar but Lata Mangeshkar, the woman, never felt like reciprocating.
IN other parts of the country by the time Goa was liberated the Tenants Act had already been passed. Which stipulated that all the land would go to the actual tiller and not to the landlord. In liberated British India the tenants or the actual cultivators had no right over the land. In fact, more than 70% of the people working in agriculture were landless labor.

GOA’S MIGRANTS
THE landless labor who migrated to various parts of the country included Goa. Some of them returned during the harvesting season. Even in the fishing scenario today the majority of employees working on the trawlers are workers from Orissa and Kerala. The trawlers are owned by the rich Goans but their workers are migrant workers from other states. This is so in the case of taxis too for they are owned by resident or NRI Goans, although their drivers are migrants seeking a livelihood in Goa.
It was Dayanand Bandodkar who took the initiative of passing Goa, Daman & Diu Agricultural Act in 1964 and later came the Goa Daman & Diu Mundkars (protection from eviction) Act in 1975. Unlike other parts of country the big landlords in Goa had a number of servants working at home who were called tenants called mundkar. Under the tenancy and mundkar act those who actually tilled the land were allowed to buy the land at a very token price. Mundkar were given 150 sq mts of land in urban areas and 300 sq mts in rural areas to build their own houses.
The exceptions were Pernem and Sattari taluka. By the time the act was passed Pratapsingh Raoji Rane in the MGP was the revenue minister. He exempted Sattari and Pernem from the tenancy and mundkar act. Even now people staying in Pernem and Sattari taluka cannot take advantage of the mundkar and tenancy act. They are the working class slaves of Pratapsingh Rane and Jitendra Deshprabhu families.

LOVED SPORTS MORE THAN POLITICS
AS A lover of sports Goa’s first chief minister built the Panjim Gymkhana to create and provide facilities for young sports lovers to play and excel in their choice of sporting activity. In fact, several football stadiums were built as football was the cheapest game to play as it required only one ball. He was so fond of sports that he preferred watching cricket matches to attending the assembly sessions. There is the reported story that after Bandodkar presented the budget and discussion was going on about it and he was expected to be present…a member of the then 13-member assembly asked where is the chief minister?
Another member revealed he was playing cricket at the Panaji Gymkhana. So the whole assembly adjourned and went to the Panaji Gymkhana where true enough – the first chief minister of Goa was busy playing cricket, when he should have been in the assembly answering questions on the budget. In fact, Bandodkar died of a massive heart attack while he was playing table tennis with the young champion, Vero Nunes, at the Panaji Gymkhana. The Panaji Gymkhana was his first love we take it.
Liberation does not mean just replacing foreign rule with local rule. There are many instances of countries like the UK, Portugal and Spain, who captured land in various parts of the world. In the United States the British took away the land which belonged first to the Red Indian natives of the land. The colonizing British went to the extent of hunting down and capturing “slaves” from Africa to take to their new world to operate the cotton plantations.
We know these “imported” slaves were exploited and treated badly and they had no rights. It was thanks to leaders like Abraham Lincoln, who abolished slavery in the US long ago, that today we admire a USA and where the black families of the slave generation are educated and do well for themselves and treated on par with the white colonial population of America.

ABOLISHED SLAVERY
SOMEWHAT similarly it was Dayanand Bandodkar who abolished slavery in Goa. For over 500 years the Portuguese ruled over Goa. But after India liberated Goa from the Portuguese, attempts were made by Maharashtra to take over Goa. When in the Opinion Poll Goans decided against merger with Maharashtra, the majority of Goans still did not have freedom and were dominated by rich landlords.
SO again we say the credit for the real liberation of Goa must go to Dayanand Bandodkar. Liberation means empowering the poor and not just taking away their land.