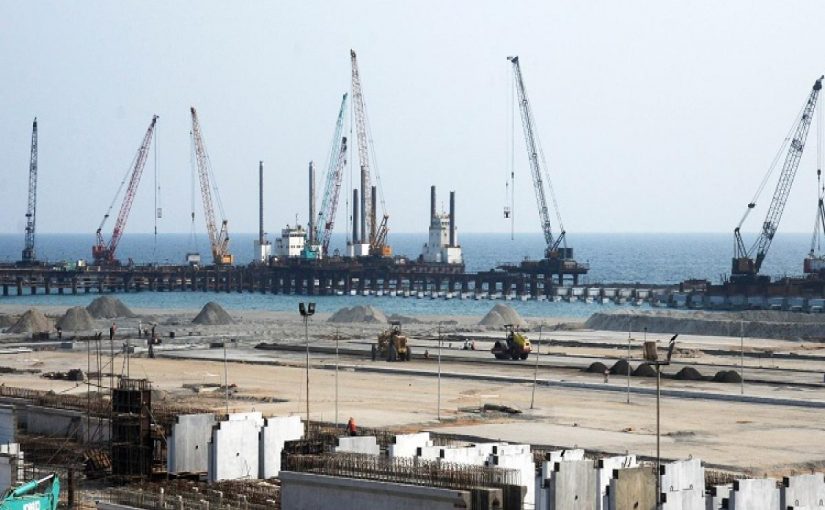 OBJECTIONS: The church in Kerala has taken strong objections to the massive expansion of the Adani Port at the expense of the fisher folk.

The churches in Kochi in Kerala which Adani is planning to convert into a dirty cargo port are protesting against permission given by the Kochi Port Trust.

Chief Minister Pinarayi Vijayan stated in the Assembly on August 23, that the demonstration in certain districts appeared to be “orchestrated”.
Kochi churches on Saturday rallied in solidarity with fishermen protesting the development of the Adani port in Thiruvananthapuram, Kerala. The churches of Kochi-Alappuzha Archdiocese made a 17.5-kilometre-long human chain with the help of locals for 30 minutes to resist the Vizhinjam International Transhipment Deepwater Multipurpose Seaport’s construction.
Jacob G Palackappilly, Deputy Secretary General of Kerala Catholic Bishops’ Council (KCBC), said, “It is the solidarity to the protest at Vizhinjam. Their request is genuine. Fishermen are asking the Kerala Government to stop the construction works of the Vizhinjam port for the time being and make a scientific study on the impact of the port construction.”
“All the Catholic churches in Kerala support the protestors at Vizhinjam. This human chain is in the significance of that support,” he further added.
Protests against the Adani Group’s Vizhinjam International Transhipment Deepwater Multipurpose port in Thiruvananthapuram, Kerala have been ongoing for some time, with fishermen leading the charge and numerous communities and pressure groups backing them. The Catholic Archdiocese of Thiruvananthapuram has now taken the lead with fishermen pressing their demands under their leadership.
The protesters’ main demand is that the construction of Rs 7,525-crore deepwater port and container transhipment facility in Vizhinjam on the outskirts of Thiruvananthapuram be halted and an environmental impact analysis be conducted.
Six other demands have been made by the protestors: (i) rehabilitating families who have lost their homes due to sea erosion; (ii) effective measures to reduce coastal erosion; (iii) providing financial assistance to fishermen on days when weather warnings are issued; (iv) providing compensation to families of those who have lost their lives in fishing accidents; (v) subsidising kerosene; and (vi) establishing a mechanism to dredge the Muthalappozhi fishing harbour in Anchuthengu in Thiruvananthapuram district.
The Kerala state government has agreed to all of the proposals with the exception of subsidising kerosene and stopping the port’s development. Additionally, it has pledged to help displaced families find housing. Chief Minister Pinarayi Vijayan stated in the Assembly on August 23, that the demonstration in certain districts appeared to be “orchestrated”. The government, he said, was prepared for negotiations and wanted to allay the worries of the fishing community, but it was unable to agree to stop the project.