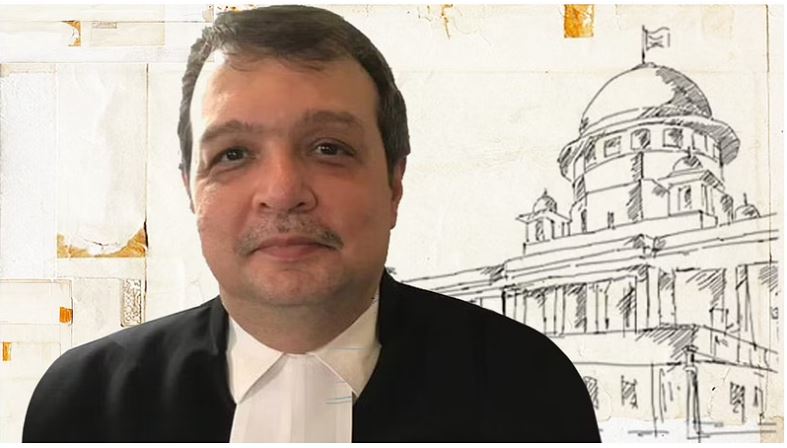 CHIEF Justice (CJ) of the Bombay high court Dipankar Datta, will be pipped to the post of 57th Chief Justice of India, by Justice JB Pardiwalla who is six months younger than him. Pardiwalla will be sworn in as the 57th CJI on May 28, 2028 but if CJ Datta had been elevated earlier, he would have been the CJI.

DISTINGUISHED JURIST
IN the 1950s, the first to be elevated to the Supreme Court because of perceived political leanings was Justice Govinda Menon of the Madras high court who refused a transfer to Andhra Pradesh but was nonetheless elevated in September 1956 to the apex court. The then CJI SR Das had claimed Justice Menon’s mind was “not-too-sharp” and “he could not write a decent judgment.” But a consultant judge BP Sinha said “Menon was seen as a distinguished jurist in the highest quarters.” Some judges opined he was a protégé of the then Union minister VR Krishna Menon who was later elevated to the Supreme Court.
The point here is just as the allegation now is the Union government blocks elevations of those who do not share their ideology, in 1958 the Law Commission in its 14th report alleged judicial appointments were made on political, regional and communal considerations. In its chapter on the Supreme Court, the law commission said the “general impression” was “now and again, executive influence exerted from the highest quarters was responsible for some appointments to the bench.” Apparently, this referred to elevations of high court and Supreme Court judges.

IN GUJARAT
A SENIOR advocate from Gujarat, Yatin Oza, was stripped off his senior’s gown for alleging that Supreme Court judge Mukesh Rasiklal Shah was close to Prime Minister Narendra Modi and Amit Shah. This judge who underwent angioplasty while in Himachal Pradesh praised the prime minister during the centenary celebrations of his parent Gujarat high court. The government stalled his transfer to Madhya Pradesh until the then CJI Dipak Misra made him chief justice of the Patna high court in 2018 and elevated him to the Supreme Court the same year. The point is executive influence in judicial appointments is an old story.
But to return to the present, a few chief justices of the Bombay high court were not elevated to the Supreme Court because the collegium opposed it. Two former chief justices Mohit Shah and Manjula Chellur had the ignominy of seeing judges junior to them being elevated to the Supreme Court. Seniority is not the sole criterion to elevate chief justices of high courts.
To illustrate, the then CJI Altamas Kabir, declared in public that the three chief justices, Mohit Shantilal Shah in Mumbai, Bhaskar Bhattachargjee of Gujarat and Barin Ghosh of Uttarakhand, were found to be unfit for elevation to the Supreme Court despite their seniority. Bhattacharya replied alleging his elevation was stalled in revenge because he had opposed the elevation of Justice Kabir’s sister, Justice Shukla Kabir Sinha, to the Calcutta high court as she was 59 years of age apart from other grounds.

SENIORITY IGNORED
THERE have been episodes in the past where senior judges have resigned because their juniors were elevated to the apex court by ignoring their seniority. Like the late Karnataka high court chief justice Madhav Laxman Pendse whose parent high court was the Bombay high court. While addressing LLM students at the University of Mumbai while a sitting judge, he claimed section 498-A was often misused by newly-married women against their in-law. He gave an example of a woman who committed suicide just because she was asked to make a cup of tea by her husband during the visit of his colleague, according to Justice Pendse.
After his speech was published, women’s activists staged a protest while a few women lawyers wrote to the then CJI AM Ahmadi. Whether he took cognizance or not of these complaints is not known. Much later, CJI Ahmadi transferred Justice Pendse to the Karnataka high court as its chief justice.
Later, Justice SP Kurdukar was elevated to the Supreme Court, bypassing Justice Pendse, who promptly resigned. When CJI Ahmadi was quizzed about Justice Pendse’s resignation by this writer at the Raj Bhavan in Mumbai where he had come for a visit, the CJI remarked, “Let him resign.”
The late Justice Pendse initiated disciplinary action against some delinquent magistrates who later allegedly formed a cabal and wrote complaints against their acting chief justice Pendse, levelling wild allegations about his personal life. Justice Pendse was a confirmed bachelor who lived just opposite the Bombay high court and after leaving the court promptly at 5.30 pm, went for a solitary stroll down the Marine Drive promenade with a walking stick.
The point is the unsatisfactory method of appointing judges was an issue right from the time the Supreme Court was set up in 1950, because secret letters exchanged between the chairperson of the 14th Law Commission attorney general MC Setalvad and the then home minister GB Pant were published in October 1957 by The Statesman. The then CJI SR Das alleged certain chief justices of that time were holding back appointments of those with merit in deference to the chief minister’s candidates.
Like Justice MN Chandurkar, whose elevation to the Supreme Court was opposed, as he had attended the funeral of RSS ideologue MS Golwalkar on whom he heaped encomiums; today that situation has been reversed. Though independent in theory, high court judges are paid their salaries from the consolidated funds of various states. The government provides the infrastructure of these courts, which is why if they oppose the elevation of certain lawyers as judges, those lawyers will not be elevated.