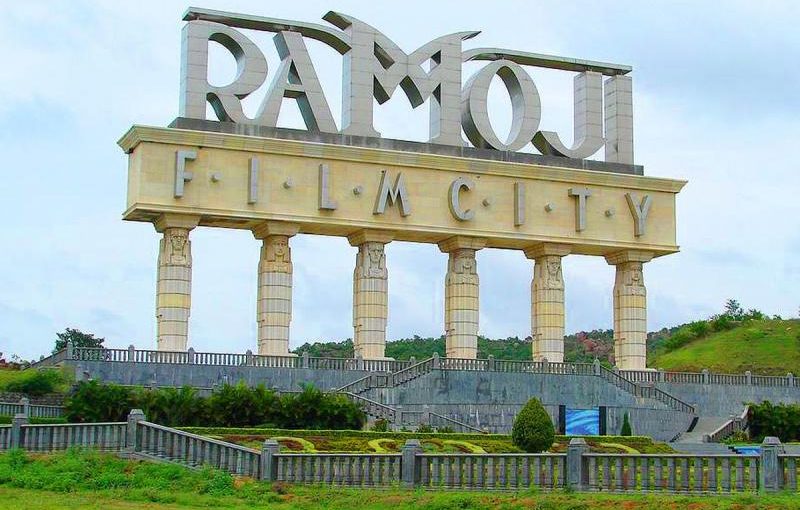 WITHDRAWN: Vishwajit Rane has been forced to withdraw the commission granted to golf clubs, film cities, farm houses and yoga centres, in the special amendment of 16B in the Town & Country plan because of citizen’s protests.

AND a few stray thoughts for another Saturday following the week when it would appear that the Bachao Abhiyan spirit lingers in Goa. For a Saturday following the week when the Supreme Court’s ruling that the Tarik-pe-Tarik system of adjournments in the courts must stop. For a Saturday following the week when senior citizens, the maturity of whose insurance policy is coming to an end, are the latest victims of online scamsters. A Saturday following the week when Vishwajit Pratapsingh Rane agreed to scrap the 16B approvals granted by the Town & Country Planning Board.
AND a few stray thoughts on what would appear that the Goa Bachao Abhiyan spirit still lingers in Goa. It may be recalled that the draft building rules paved the way for golf courses, farm houses, film cities, yoga centres located on agricultural and orchard land. Historically, any kind of construction has been banned on agricultural and orchard land. While some exceptions have been made in the case of orchard lands, according to the final report of the Goa Bachao Abhiyan, any new construction of any sort was not to be permitted on agricultural land.
It would appear that Vishwajit Rane wanted to convert Goa into a New Delhi or the Film City of Mumbai or perhaps the Trump City promoted by the former US President Donald Trump. In Delhi farm houses on the outskirts on agricultural land are all the fashion. They are status symbols. It does not matter that some of the biggest and most outrageous crimes happen in the farm houses in Delhi which are party spots and recreational areas for the family. It may be recalled that a noted model who was doubling up as a celebrity bar tender, Jessica Lal, was shot dead by a Delhi politician for refusing to give him a drink. He was already very drunk and the bar had closed when he made the demand.
ON the pattern of Delhi many more farm houses have come up all over the country which are really locations for private fun and debauchery. The city house for the wife and the family and the farm house for the mistress and the call girl. There has been a demand for a proper golf course in Goa for many decades. This has been staunchly opposed even by the Goa Travel & Tourism Association of Goa, so much so the only full-fledged golf course in Goa is at the Lalit Suri hotel in Canacona. This probably happened because Lalit Suri was one of the biggest financiers of Indira Gandhi. Other hotels like Ramada and Leela have mini-eight course golf courses.
The main objection against golf courses is that they consume huge amounts of water. With the underground water table in Goa already at a new low this would create water famine in Goa. Already the new high rise complexes like the Gera complexes at the Kadamba plateau are sinking hundreds of tube wells as they are not connected to the government supply.
And Vishwajit may be has dreams of being like the president of the United States. He wants to follow the example of Donald Trump who is the largest owner of golf courses in the US. The primary lobby asking for the golf courses is the mining lobby. The biggest customers of the mining lobby are the Japanese. The Japanese are fanatic about golf and are not interested so much in wine, women and song.
AND a few stray thoughts on the Supreme Court banning adjournments. In its characteristic language the Supreme Court has ruled that there would be no more tarik-pe-tarik cases. I have had personal experiences of this tarik-pe-tarik business. In every court case I have been involved in either the accused or the defendant and his lawyers keep asking for adjournments to delay a verdict.
In my particular case Melvyn Couriers, a leading courier company which owns a hotel in Panjim, carried an advertisement in the Herald giving notice that one of their female employees had been dismissed for cheating. But Melvyn made the mistake of also putting a photographs of a male colleague. The photograph tends to give the impression that the two were married while actually the woman was married happily to another. Deeply offended she filed a case against Melvyn Courier and the editor, the publisher, the managing director, the advertisement manager,for publishing the advertisement. Unfortunately, under the law, all the top people in a publication are responsible not only for the editorial content but also the advertisements released. In fact, the Election Commission is keeping an eye on advertisements released by other states in third states. Like advertisements of Uttar Pradesh in Goa.
In my case the primary accused were Melvyn Fernandes and Raul Fernandes. Melvyn was the person who published the advertisement. Raul Fernandes was the person responsible for printing the advertisement. It took 16 years for the case to be completed. This is precisely tarik-pe-tarik which primarily means advocates of all the parties concerned in the case asking for the postponement of the hearing. If there are 20 parties involved in a case and even the advocate of one party asks for an alternative date, the case is delayed further.
IN my case I was involved although 80% of the time Raul Fernandes, the Managing Director of the publication which published the advertisements, was not even in India. He always managed to produce some certificate or another and promised that he will come on a next date. The culprit in this cases has no choice but to come for every case. But all the other accused including me could ask a lawyers for an alternate date for reasons like having to attend the budget session. Unfortunately, the magistrates very generously granted the extension in the hearing of the case. Now that tarik-pe-tarik has been stopped by the SC they can hopefully find an early verdict in the majority of the cases.

SENIOR CITIZENS & INSURANCE
AND a few stray thoughts on senior citizens whose insurance policies are maturing and who are the latest victims of the online scamsters. The earliest to use the social networks for promoting scams were ironically the Nigerians, who are considered the most illiterate in the world. There would be a mail from a Nigerian saying that his grandfather had died and has left him a huge legacy. He had problems transferring the money to India. He was willing to pay 50% of the $10 million to anybody willing to help him. The catch is that the greedy person has to pay Rs10 lakh for taxes charged by his government. Hundreds if not thousands of Indians have fallen victim to this ploy and happily paid Rs10 lakh in the expectation of getting expectation of getting $5 million.
More recently the scams have taken other forms. I have received a message saying I have got a job in a multinational company in the United States. That my salary would be $5 lakh a month. My performance as a journalist is excellent, however, I would have to pay for transport and visa charges which would add up to about Rs1 lakh. Even the most hard core journalists may be attempted to fall for such a scam. I was even more surprised to see a message claiming that I have been selected for a job which will give me Rs15,000 a month by X company. However, I would however have to pay a security deposit of Rs50,000.
The biggest scams of course are related to returns on finance. There was a time when the interest rate of nationalised banks was 15% over the years and particularly over the Modi years, this has come down to between 3% to 4%. Even on this there is tax deduction at source. For the middle class fixed deposits and banks was the primary means of savings. Now with the interest down to a net of 3% there are hundreds of offers of higher return on your investments in a private finance company. Many of them even offer to double your investment in one year.
We are all aware that this emails are scams. But many of us, even the most educated, are sometimes unable to resist. We know even SC lawyers and senior government officials being scammed. Officials are always looking for transfers to London or New York. There are conman who will operate as middle man with a promise of getting the work done. Most of the time it is another big scam.
AND a last stray thoughts on Vishwajit Pratapsingh Rane agreed to scrap the 16 B approvals granted by the Town & Country Planning Board. Vishwajit has been forced to withdraw 16B of the draft building rules which permitted the construction of golf courses and orchards in agricultural lands. Vishwajit who is obviously a film fan also wants exemption for film cities from the conversion laws. Yoga centres are very popular in Goa. At the peak of the tourism season several reputed yoga experts hold camps in Goa which can cost as much as Rs 10 lakhs including the fair. This are exclusive private affairs and have to be paid for in advance. These were also exempted under 16B of the approvals under the Town & Country Planning Act. The main attraction for promoting golf courses and films is that golf is the favourite sport of the Japanese who have the main clients of the mine owners.
In any case, a large number of films in a variety of languages are shot in Goa starting with “Ek Duje Ke Liye” starring Kamal Hassan and Riddhi Agnihotri, which ends up with Kamal Hassan jumping of the Dona Paula cliff. To the specialised tours organised to visit all the favourite filmy sports in Goa. When we used to stay in Dona Paula and relaxed on the steps at the jetty, we were quite amused to hear the guides tell us that this was a great shooting location where films like “Singham” were shot. They never said a word about the Dona Paula legand.