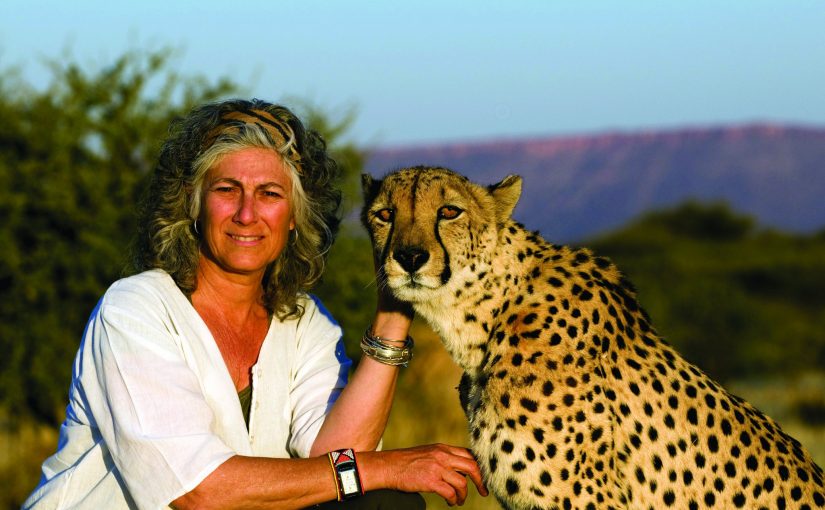 DOUBTS: Experts are wondering if cheetahs which require dry grass in habitat will be able to survive in the Kuno National Park in Madhya Pradesh which is deeply forested. Incidentally, cheetahs which are the fastest animal in the wild make a sound which is like the purring of a domestic cat! Check out YouTub videos!

Prime Minister Narendra Modi on Saturday, his 72nd birthday, released cheetahs brought from Namibia into a special enclosure at the Kuno National Park (KNP) in Madhya Pradesh.
After making a comeback post 70 years, more Cheetahs will be transported to India from Namibia in the coming years, said Laurie Marker, executive director of the Cheetah Conservation Fund (CCF) who coordinated the translocation of cheetahs from the African nation to India.
Prime Minister Narendra Modi on Saturday, his 72nd birthday, released cheetahs brought from Namibia into a special enclosure at the Kuno National Park (KNP) in Madhya Pradesh.
Eight cheetahs – five females and three males – were brought to Gwalior from Namibia in a modified Boeing aircraft on Saturday morning as part of ‘Project Cheetah’, the world’s first inter-continental large wild carnivore translocation project. They were first brought to Gwalior in the Boeing aircraft and then flownto Palpur in KNP in two Indian Air Force helicopters.
“After the eight Cheetahs from Namibia arrived yesterday, India is working with South Africa for more and Namibia is going to send more Cheetahs over the coming years,” Marker told news agency ANI.
The American cheetah expert stated that the extinction was caused due to humans and their survival also lies in the hands of humans. Cheetahs are adaptable animals and would be able to deal with the climatic conditions in India, she added.
“The country of India has been thinking about translocation since the cheetah was declared extinct. A plan was put together in 2009 by a team of specialists from the government and Forestry department. Adaptation will be challenging and we all will need to work hard in our monitoring efforts. If conducted properly, this will work. Cheetahs are adaptable. But there will be disappointments, we realize that and hope the world will understand as well,” Marker said.
Marker has been an advisor to the Indian government of the Cheetah relocation project on behalf of the Namibian government.
She told The Indian Express that the big cats have lost 90 per cent of its global habitat in the past 100 years and now lives in nine per cent of its historic range. The felines are the oldest of big cat species with their origins dating back to 8.5 million years. India.
The CCF founder further said that as much as 77 per cent of Cheetahs in Africa live outside regions designated as Protected Areas.
“The reason they have been able to co-exist with minimal human-animal conflict is not just because the cheetah is not an aggressive animal, unlike lions or tigers, but also because of the awareness programmes that the governments have created in educating farmers on how to handle cheetahs,” she told IE.
In 1947, the last Cheetah died in Korea district in present day Chhattisgarh, which was earlier part of Madhya Pradesh, and the species was declared extinct in 1952 from India.
The ‘African Cheetah Introduction Project in India’ was conceived in 2009. The cheetahs were to be brought to India last November, but due to the COVID-19 pandemic, the plans were delayed.