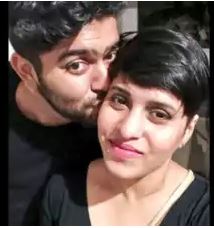 OUTRAGED: Even though the killer could belong to any community, Muslims seem to feel a special need to condemn the brutal murder of Shraddha and demand for the harshest punishment for this kind of killing of the victim.

The Muslim community has come under pressure to condemn the brutal murder of Shraddha, her companion being a Muslim. The murder also highlights the risk of using dating sites which provide women the option of taking the initiative in a relationship.

On November 15, Jamaat-e-Islami Hind, a prominent Muslim group, issued a statement condemning the murder of 27-year-old Shraddha Walkar, expressing “shock” and demanding the “harshest punishment” for her killer.
Walkar was allegedly murdered by her live-in partner, 28-year-old Aftab Ameen Poonawala, who then chopped her body into pieces and scattered it across a forest in Delhi.
“We do not respond to every incident but since this issue was being raked up in the media in a big way we felt that we need to challenge efforts to exploit such incidents for communal purposes,” said Salim Engineer, the organisation’s vice president. “The statement would help in scuttling the attempts to bring that [love jihad] angle into the case.”
“Love jihad” is a conspiracy theory favoured by the Hindu Right. It alleges that Muslim men across the country are trying to lure Hindu women into Islam through marriage or romantic relationships.
As news of the murder captured headlines this last week, there was widespread outrage. But soon after, some of the media coverage took a decidedly communal turn. The term “love jihad” became ubiquitous in the media and on social media.
For some young Muslims, this coverage has led to painful conversations.

The communal turn
Shraddha Walkar was Hindu and the partner who allegedly murdered her, Muslim. Their families had opposed the relationship because they belonged to different faiths.
Walkar’s friends and family have claimed the crime was a case of “love jihad”. Sections of the Hindu Right, including members of the ruling Bharatiya Janata Party, immediately echoed the family’s accusations. Union Minister Giriraj Singh declared it was a case of “love jihad”, which had “become a mission in the country”.
BJP leader Tajinder Singh Bagga put up incendiary posts on Twitter – two pictures of two fridges, one filled with food and the other apparently filled with body parts. The caption: “our fridge and their fridge”, an implicit reference to the Muslim community.
The Vishwa Hindu Parishad, a Hindutva group, demanded that the police investigate the “love jihad” angle. They also said they would pressure the Union government to enact a law against “illegal” religious conversions.
Twitter was filled with warnings for Hindu women not to date Muslim men. Meanwhile, television channels such as India TV ran segments entitled, “Did Hindu daughter Shraddha become a victim of love jihad?”
Amish Devgan, a news anchor with News18 Lokmat, also devoted an episode of his show to exploring how Walkar’s murder might have been a case of “love jihad”.

Drawn into the debate
The media discourse has, not surprisingly, alarmed many young Muslims.
“This incident has repeatedly come up in discussions among friends,” said a 25-year-old working in a media company in Noida who did not want to be identified. “When I went to the office two days ago, my colleagues started taunting me that Muslims do ‘love jihad’ and kill their girlfriends. I told them that this has nothing got to do with the community and that such theories are all bogus but having to give such explanations is infuriating and sad.”
Twenty-one-year-old Bilal Ahmad, a student at Jamia Millia Islamia University, echoed this sentiment. “As a Muslim youth, I do feel drawn into this debate even though it’s an individual crime that has got nothing to do with the community,” he said. “I saw my [Muslim] friends reacting to and condemning this incident.”
Faced with a volley of attacks on social media, Muslim activists say they have felt compelled to respond, either by condemning the crime or by pointing out that this was a case of intimate partner violence that had little to do with religion.
“I am highlighting those incidents where the perpetrator is a Hindu man to show that domestic violence exists in society across religious lines,” said Asif Khan, an activist who tracks hate crimes.
He pointed out that when the accused was a Muslim man, the media inevitably brought up allegations of “love jihad” and seemed to hold the entire community responsible.
He cited a case from October 2020 when a 20-year-old woman, Nikita Tomar, was shot dead by two Muslim men after she allegedly refused to accept their offer of marriage. Some media channels called it a case of “love jihad”, taking their cue from a Hindutva group called the Karni Sena. Subsequently, a protest by Hindutva supporters in New Delhi against the murder made calls for genocide of Muslims.
Journalist Alishan Jafri tweeted about the contrast in headlines when the accused was a Hindu and not a Muslim man. The media pointedly named the perpetrator in the headline when the accused was a Muslim, he tweeted.
Student activist Safoora Zargar also tweeted, “The discussion around Aftab Poonawala is the lowest moment in India’s gender discourse and it highlights, above all, the blind hatred towards Muslims in India.”
Zargar, who was booked under terror charges after the communal violence in North East Delhi in February 2020, imprisoned and kept in solitary confinement while she was pregnant, has previously alleged she was targeted because of her religious identity.
“As an activist I felt it was more important to counter the demonisation and disinformation being propagated,” she said. Because of media propaganda, she added, Muslims “have been burdened with proving our innocence all the time, everywhere”.

‘A game of Islamophobia’
Other Muslim activists prefer silence in the face of the Hindutva campaign indicting the whole community for an individual’s crime.
“Why are Muslims even asked for clarification or condemnation in the first place?” asked Sharjeel Usmani, a Muslim student leader.
Until Muslims clarify that they were against such crimes, he added, there is a constituency that believes that “Muslims support such crimes” or that “Muslims are lesser humans, devoid of feeling”, or worse – “that Muslims inherently support murders and killings committed by Muslims”.
It was a “game of Islamophobia” that he was not “willing to play”. “I do not want to lend my voice to the narrative of clarifications and condemnations and that ‘this is not us’”, Usmani said.
Ahmad, who had reluctantly been drawn into the debates around the murder, felt the same. “I think we react because the media and social media frame and portray such cases as communal and we are made to relate to them. We should learn to ignore [this narrative] and not fall prey to this,” he said.
Meanwhile, the communal framing of the case has drawn protests from women’s rights activists as well.
Kavita Krishnan, a civil liberties and women’s rights activists said that casting the the incident as “Muslim violence against Hindu women… prevents people from recognising and addressing the real problem that Shraddha’s murder points to: that of rampant intimate partner violence faced by women in India and the world over”.
Courtesy: The Scroll