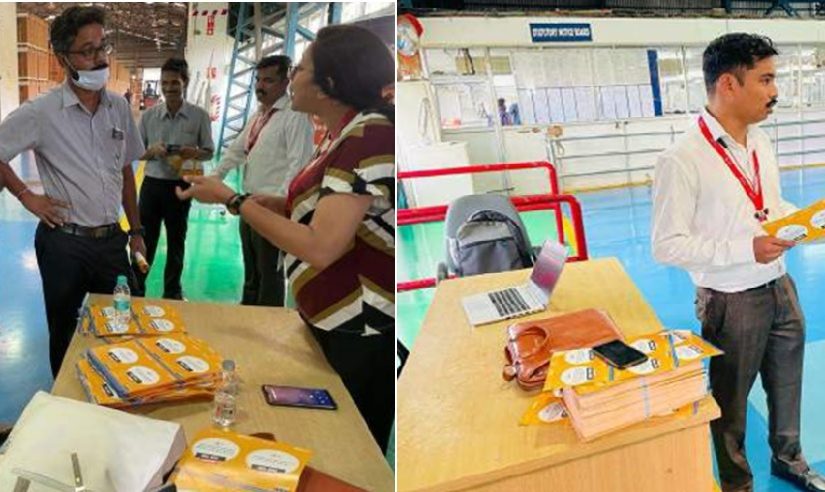 GET EDUCATED ON FRAUDS!

A PUBLIC AWARENESS PROGRAM UNDER WAY IN PANAJI: Bajaj Finance Ltd organized a public awareness program at its IFB Plant in Goa for 250 plus workers and staffers December 1, 2022. The program was to clue them about the nitty gritty of how frauds take place. The workshop was organized as part of  RBI’s nation-wide Intensive Awareness Campaign to spread awareness on online fraud, financial education, banks & NBFCs’ Internal Grievance Redressal Mechanism as well as the RBI’s Integrated Ombudsman Scheme. This “Savdhaan Rahein, Safe Rahein” campaign has been  launched as a proactive and preventive awareness initiative to help consumers stay safe against online frauds. “’Har Time EMI On Time” was also launched to inculcate the adoption of healthy financial habits amongst the public and the benefits of timely loan repayments.

These are good intentions but I would like to know what the real criteria is for identifying BPL citizens for distributing ration cards in Goa? I have  personally seen some well-to-do people having  government jobs, living in posh bungalows/houses, owning a number of two/four wheeler vehicles — also holding BPL ration cards and availing of the benefits meant for the truly underprivileged poor of Goa! The worst part is  they are buying the allocated monthly quota of 35 kg rice at subsidized rate from their respective Fair Price Shop outlets in villages with their BPL ration cards and later selling the same at a higher price in the open market to make some quick bucks for themselves.

The government should take a serious note of all this and conduct an inquiry against corrupt officials of the Civil Supplies department who are involved in this BPL scam. Stop the bribery all around and book the crooks so that such shameless things stop and the really in need citizens get the benefits for their daily sustenance.

THE February 19, 2008 horrendous attack on the Panaji police station was a very serious crime against the State. It was a travesty that a lawmaker led the attack against the law enforcement authorities. That now the CBI is intentionally bungling the prosecution of the case to save and shield Babush Monserrate, the main accused who is now the Revenue Minister, comes as no surprise.

On December 22 last year the High Court directed that the trial commence and be expedited as there was prima facie evidence against the accused. This direction came after the case was conveniently in cold storage for seven long years, contrary to a Supreme Court order that any stay granted by the High Court expires in six months, and that unless extension is granted the trial must go ahead.

The accused in high profile cases try to delay their  trials by hook or crook. Meanwhile the evidence is washed away as witnesses die and this also gives enough time for key documents to go missing (as has possibly happened in this case too). With the CBI playing truant to sabotage a watertight and well-investigated case, it would have to be seen if the court is helpless and throws in the towel.

Over the last decade we have not seen the CBI, Enforcement Directorate and the Income Tax authorities act against a single BJP leader. It is no secret that joining the saffron party is a route to be safely insulated from all crimes. It is indeed an elevation from sinner to saint. God save our nation.

AS usual I decided to have tea at Bhonsle Cafe and looked around and found absolutely no parking space for my scooter outside the café. Finally, after parking it very far away and entering the café I joined some friends who were joking that this café is smart Bhonsle.

The outside of the café is a mess with JCBs and workers breaking and excavating the road endlessly. The contractor who was an outsider could not clearly tell me anything except use the word “Sewage” again and again to explain anything. All of them were non-Goans and couldn’t speak of word of Konkani.

I called my friend who was former mayor of CCP to ask him what was going on here outside Bhonsle Café? He said all corporators are not to be trusted and I should speak to the present mayor in person. All such expenditure comes from the Central government and nothing will be for the locals. Who knows if the PM due to visit Goa knows why this state will never be a state of smart cities!

Ideally, they should start with the existing dilapidated buildings in dire need of repairs or demolition and later for up-gradation. Especially when the government is bankrupt why should there be duplication and time-pass projects so that lots of money exchanges hands although no real work is visible anywhere.

Is Panaji ever going to be capital Smart City? Take it from me, never!