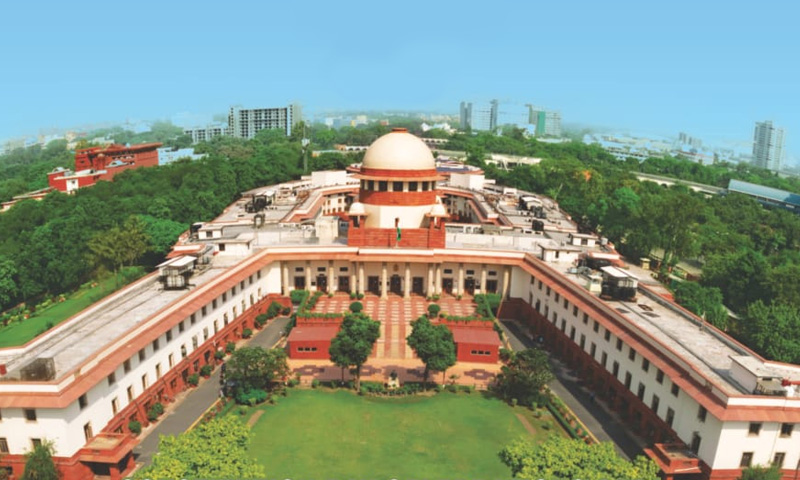 PRO-ACTIVE: Chief Justice Chandrachud is the second generation chief justice who is strong views on human rights. Recently, he ordered the national investigative agency to grant bail to Goa Institute of Management Professor Anand Teltumbde in the Elgar Parishad Case

The Chief Justice of India has pointed out that no institution is perfect, in the context of the ongoing controversy on the Constitution on the Collegium to appoint judges. This comes in the wake of the government rejecting the names cleared by the Supreme Court.

All the judges of the collegium including me, we are faithful soldiers who implement the constitution,” Chief Justice Chandrachud said, speaking at the Constitution Day celebrations.
No institution in a constitutional democracy, including the collegium, is perfect and the solution is to work out within the existing system, Chief Justice of India D.Y. Chandrachud said on Friday.
Speaking at the Constitution Day celebrations organised by the Supreme Court Bar Association (SCBA) here, he said judges are faithful soldiers who implement the constitution.
Since 2015, November 26 is observed as ‘Constitution Day’ to commemorate the adoption of the constitution by the Constituent Assembly in 1949. Earlier, the day was observed as Law Day.
On the issue of the collegium, the CJI said: “Finally, criticism about the collegium. I thought I will reserve the best for the last. No institution in a constitutional democracy is perfect. But we work within the existing framework of the constitution as it is interpreted and given to us. All the judges of the collegium including me, we are faithful soldiers who implement the constitution. When we talk of imperfections, our solution is to work our way within the existing system.”
He said getting good people in the judiciary and paying them high salaries would not reform the collegium system.
“The president [of SCBA] raised a query about good people. Getting good people to enter the judiciary, getting good lawyers to enter the judiciary is not just the function about reforming the collegium. Getting to be judges is not a function of how much salary you give judges. However high you pay judges, it’ll be a fraction of what a successful lawyer makes at the end of one day,” the CJI said adding that people become judges for a sense of commitment to public services.
He also said becoming a judge is a call of conscience.
“Getting good people to become judges is first and foremost about inculcating upon minds of young members of bar about the limitless ability which lies in the power of every judge to give good society.
“Good judging is about being compassionate, good judging is about understanding problems of people, not being judgemental about people whose lives you may not agree with. Good judging is about understanding why a criminal becomes a criminal. When we need to have good people within the system, the answer lies somewhere else. That answer lies in mentoring young people by giving them the ability to become judges,” he said.
Stressing the need to make judicial offices appealable to young lawyers, he said, “We have to ensure that young lawyers are mentored by judges.”
The CJI said the constitution was constantly evolving to meet the new social realities of the time.
He said that the judiciary and the bar were equal stakeholders in the mission of providing justice to common citizens.
“The confidence of our citizens in the judicial process is also determined by how efficient we are, in the way we organise our work in our judicial institutions, not just in terms of the important judgments that we deliver and for the citizens, it ultimately matters whether their case is heard by the court,” Justice Chandrachud said.
Requesting the senior member of the bar to take up pro bono cases of poor litigants, he said that the process could be institutionalised and he was open to a dialogue on it.
ustice Chandrachud also said that the legal profession needs to shed its colonial underpinnings and the strict dress code for our lawyers, particularly in summer, could be reconsidered.
“I am just floating the idea of making the dress more compatible with our lives, weather and times. The strictness on attire should not lead to moral policing of woman lawyers,” he said.